No City plan for backyarders on private land

The City plans to help backyarders only on properties it owns 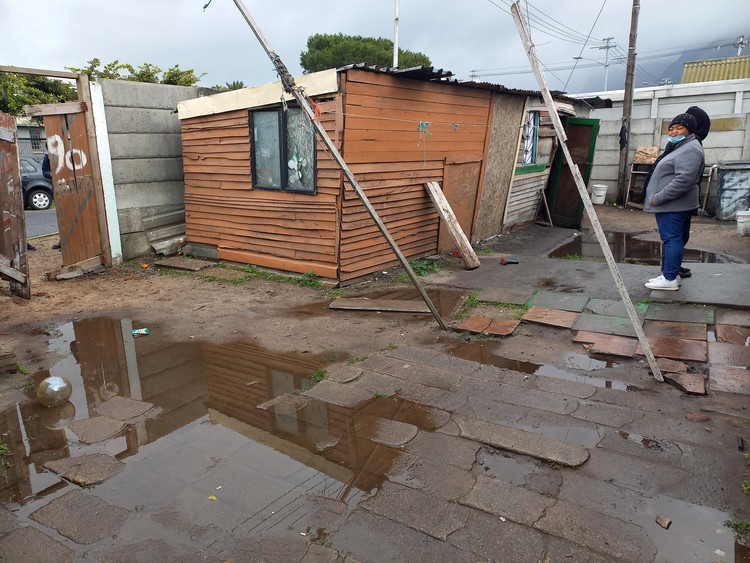 One of six wendy houses where 25 people live in the backyard of this house in Maitland Garden Village, Cape Town. Hundreds of thousands of people live in backyard dwellings across the metro. Photos: Marecia Damons

There are about 98,000 people living in backyard dwellings in Eersteriver, Cape Town. This is according to Jeanefer Visser, a landlord and the chair of the Eersteriver Backyarders Association, who has been collecting data on these households since 2020.

Visser and other volunteers in the association hope the data will help create a more accurate picture of the community and improve living conditions for backyarders.

The rapid urbanisation in densely populated areas like Eersteriver has made accessing basic municipal services, such as water and electricity, a challenge for these families.

We spoke to Zenobia Louw, 43, who lives in a four-roomed RDP house with her husband. Her daughters, aged 24 and 27, live in two wendy houses in their backyard. The wooden structures don’t have independent access to water and electricity. They have a tap outside and use an extension cord through the windows of the main house for electricity.

Louw’s eldest daughter, Bronwyn Fourie, moved into one of the one-room wendy houses in 2016 with her boyfriend and eight-year-old daughter. Only Fourie’s boyfriend has a job. He is paid weekly, so they make contributions towards rent when they can afford to, she said. 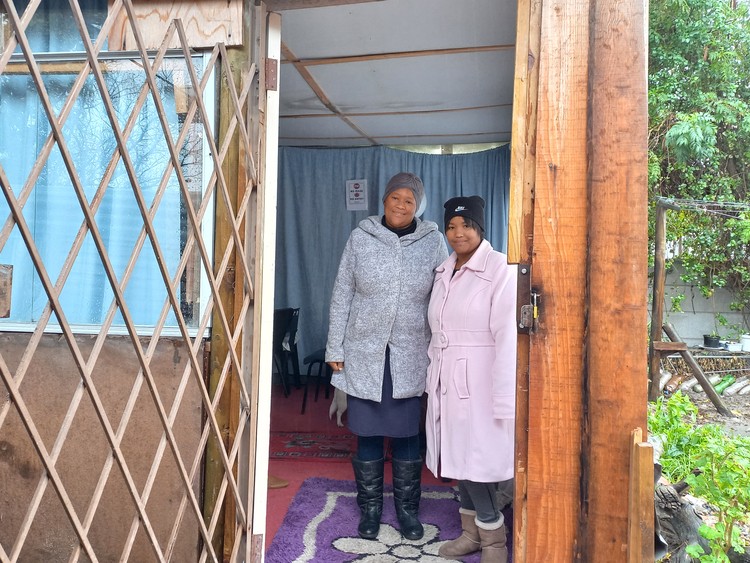 Zenobia Louw (left) with her daughter and tenant Bronwyn Fourie. Louw doesn’t charge her daughters rent, but they need to “make sure that there is electricity”.

Fourie said that she and her sister alternate buying about R100 worth of electricity per week. She said their structures don’t have a geyser, so they have to boil water in a kettle.

“If we have one kettle on, we have to let everyone know that ours is on because if we have two kettles on, the electricity will trip. We constantly have to notify each other when we use any appliance,” said Fourie.

The three households also share one municipal refuse bin which fills up quickly.

Louw uses a water management device, installed by the City, to save water. They receive 350 litres of free water per day. When this is used up, the water cuts off until the device resets the next morning at 4am. She said that because of this, they have a strict plan for when laundry can be done.

Louw explained that they will start washing clothing on Monday night until the allocation limit is reached and then rinse the items the following morning when more free water is supplied.

Visser said most of the disagreements between backyard tenants and homeowners stem from arguments over billing and use of municipal services.

“If we look into separate billing [for backyard tenants], then the tenants will be obligated to pay for their own water and electricity. This way no one can claim to be crooked. If the backyarder doesn’t have money, the landlord shouldn’t have to foot the bill either,” said Visser. 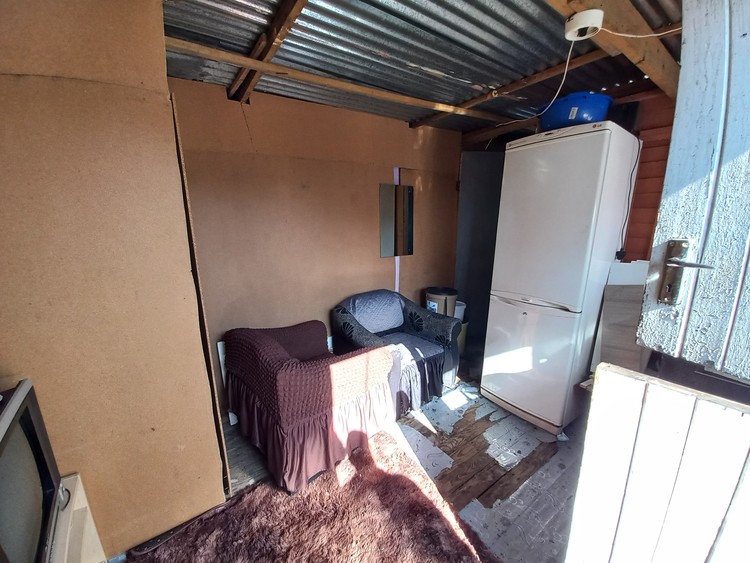 Inside Bronwyn Fourie’s one-room wendy house. The wooden structure has no independent access to water and electricity. They use a tap outside and an extension cord from the main house for electricity.

Cheslin Williams and his partner, Raeesah Abrahams, are among 25 people living in the backyard of a house in Maitland Garden Village. Most of the tenants are unemployed and do not pay rent regularly. There is one toilet and one tap for the families to share.

The couple and their daughters, aged eight and three, live in one of six wendy houses on the property. The couple, both unemployed, say they have lived there for years.

Williams said, “The water from the outside tap is a brown-yellow colour. So we only use it to wash and maybe brush our teeth. We also have no bath or anything.”

He said the previous landlord was his late aunt, but her husband has since inherited the tenants. He said they contribute about R300 towards rent in the months they are able to do so. 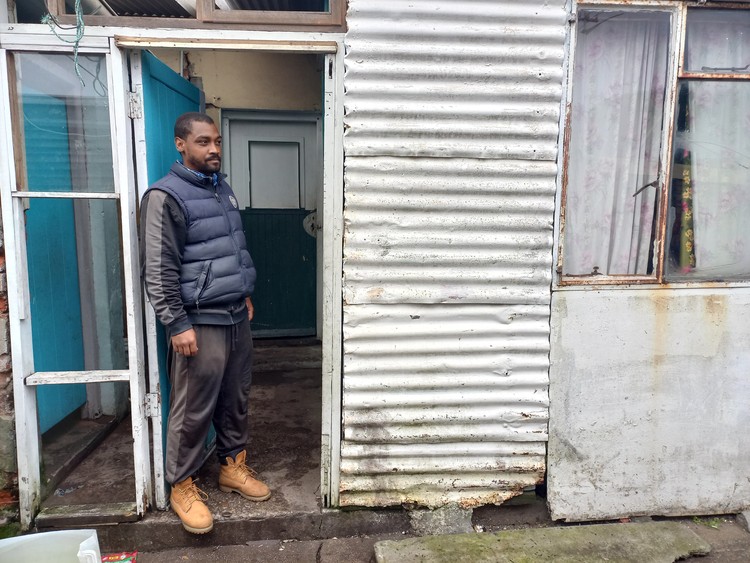 Cheslin Williams and his partner, Raeesah Abrahams, are among 25 people living in the backyard of a house in Maitland Garden Village. Most of the tenants are unemployed and do not pay rent regularly.

Another tenant, Hilda Adoons, said her family only stopped paying the monthly R800 rent about three months ago. They used to rely on an extension cord to the main house for electricity. “I haven’t had electricity for three months. Now I use gas and a wood fire to cook,” said Adoons.

She lives with her husband and their sons, aged 22 and 19. Adoons is currently unemployed and her husband works as a vehicle roadworthiness technician. She said they desperately need more toilets on the property. “Some mornings I need the toilet but it’s in such a bad state. People here don’t use toilet paper; they use newspapers and potato bags,” she said.

The homeowner, Deon May, told GroundUp that it was never his plan to be a landlord. The house belonged to his wife, who, before her death two years ago, “allowed her relatives to stay on the property”.

May said several tenants moved out after his wife’s death. He said the remaining tenants invited their friends and family to move into the vacant structures without his permission. “They come and go as they please. It’s as if they don’t see me,” said May.

He said each tenant is meant to pay R800 rent, which includes water. Only one of the current tenants has signed a formal lease agreement and pays rent. The rest refused to sign the lease, he said.

May, who relies on piecemeal jobs, said he can’t afford the high water bill which ranges between R1,600 and R1,700 a month. The electricity is “almost always off” and tenants only buy enough units when they want to cook in the house. “They use my kitchen and everything without paying. I have to leave the door open and sometimes things just disappear. I can’t take it anymore,” said May. 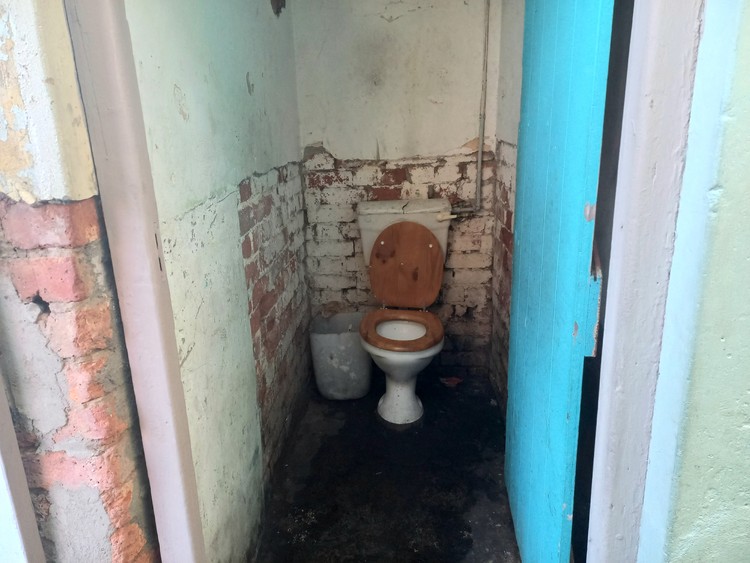 One toilet is shared by about 25 tenants.

About eight years ago, the City started improving conditions in backyard dwellings at municipal-owned rentals. It did this by providing households with access to basic municipal services by installing taps, toilets and electricity metres.

Since 2014, more than 3,000 water and sanitation points have been installed in backyard dwellings.

Mayoral Committee Member for Human Settlements Malusi Booi said the backyarder programme is “underway in areas across the metro”. An estimated 600 households are expected to receive municipal services in the next three years, he said.

Booi said R40-million has been allocated from the Human Settlements Directorate budget for upgrades to informal settlements and backyarder services over the next three years.

Booi urged private landlords and tenants to insist on getting written contracts stipulating their roles, responsibilities, rights and requirements.

He said many backyard residents are not registered on any of its housing needs registers and therefore do not qualify when a housing opportunity becomes available. It is “imperative for all backyard dwellers to register on the City’s Housing Needs Register,” Booi said. 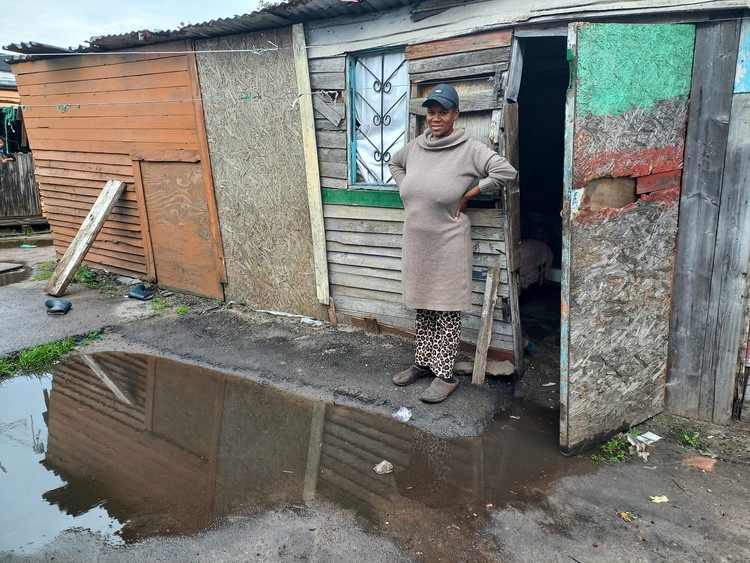 Next:  Will Cape Town’s Central Line open in December? Mbalula says so…

Previous:  Where are the houses we were promised in 1996, ask the elderly women of Kei Road