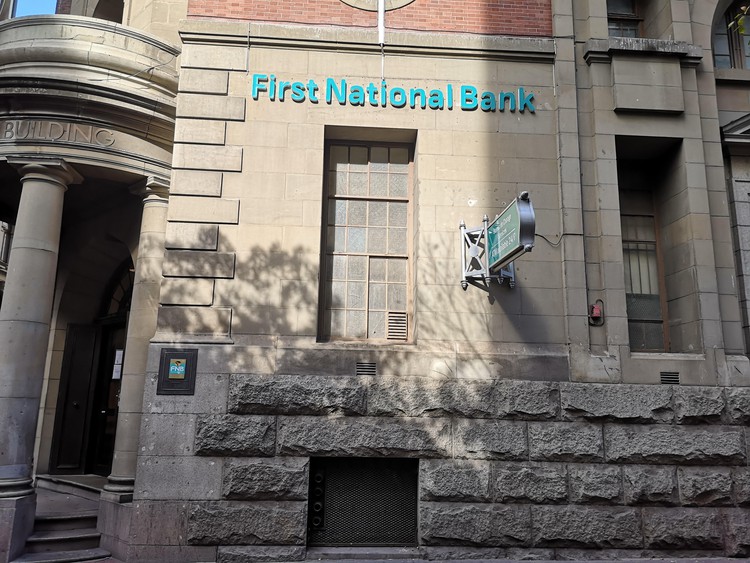 First National Bank has been accused of freezing the accounts of asylum seekers whose permits have expired during lockdown. Photo: Tariro Washinyira

A Zimbabwean asylum seeker says First National Bank (FNB) froze his account when his asylum papers expired during lockdown in spite of explanations from the Department of Home Affairs that refugee offices are closed.

According to People Against Suffering and Oppression (PASSOP), his is one of at least ten accounts which have been frozen in the same way.

The Department of Home Affairs issued a statement on 14 April saying: “Any asylum seeker whose visa expired from 16 March 2020 to the end of the lockdown period will not be penalised or arrested provided that they legalise their visa within 30 calendar days of the lockdown being lifted”.

As the country entered lockdown level three, the Department issued another statement on Monday, saying that refugee reception offices would remain closed but permits which expired “would be deemed to be valid until 31 July 2020”.

But Martin* says when he went to the ATM to draw money on 18 March he found that his FNB account, which he had opened in 2018, had been frozen. When he visited his FNB branch in Cape Town, he says, “They can’t help me because my asylum document has expired.”

Martin, who is gay, ran away from persecution in Zimbabwe and has been living in Cape Town for six years. He applied for his asylum in Port Elizabeth in 2018 and has been going to renew every three to six months. Since the closure of the Cape Town Refugee Reception offices in 2012, refugees must travel to Pretoria, Durban and Port Elizabeth, and can only renew their permits at the offices which issued them.

Now Martin has been threatened with eviction by his landlord because he cannot pay his rent. “Friends helped me out with money for food and rent. It’s frustrating to experience money problems when I know I have money locked in my account.”

Victor Chikalogwe of People Against Suffering and Oppression (PASSOP) last week said the organisation had received about ten complaints about accounts frozen by FNB. He said he had visited FNB in March and been told the accounts had been frozen for “authenticity verification” with Home Affairs. The bank had promised to open the accounts within a month but had not done so, he said.

“The worst part is they just freeze accounts without informing people. If they did that people would have taken out the little they have,” he said.

In an email to GroundUp on 20 May, FNB spokesperson Yashen Singh said, “FNB can confirm that its foreign national customers’ bank accounts are managed in accordance with the relevant laws, including the temporary concession issued by the Department of Home Affairs.”

“As an essential service, FNB continues to assist customers based on the individual merits of each case. We welcome an opportunity to assist our customer once we are provided with the requested details.”

Asked why the bank is freezing asylum seekers’ accounts in spite of the Home Affairs announcement, another spokesperson, Tsietsi Mahlasela told GroundUp on the phone on 20 May that she could not comment without the personal information of each complainant.

UPDATE on 5 June: Martin’s bank account has been unfrozen.

*Not his real name