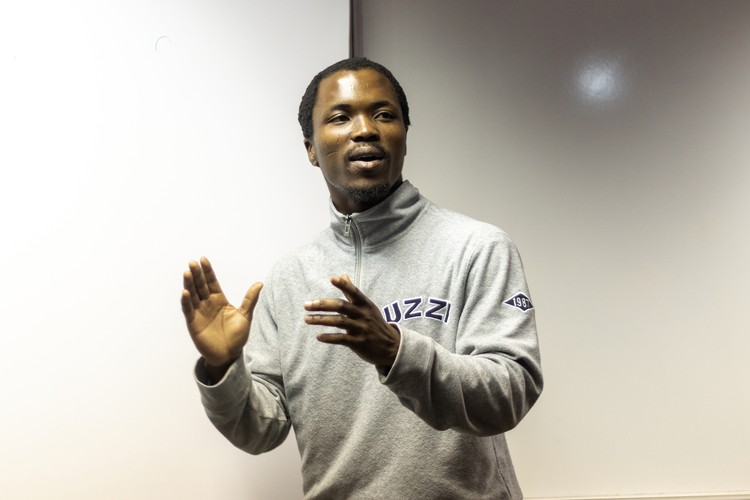 The leader of the eKhenana settlement in Cato Manor in Durban, Lindokuhle Mnguni, has been killed.

According to the police, Mnguni, 28, was shot dead in his home during the early hours of Saturday. His partner was also critically injured in the attack. (Unfortunately we don’t know his partner’s name at the time of publication.)

Besides being elected as leader of eKhenana, Mnguni was chairperson of the local Abahlali baseMjondolo branch. Abahlali is an organisation that works to protect the rights of shack-dwellers.

His death was viewed as political by leaders of the group.

S’bu Zikode, president of Abahlali, told GroundUp that Mnguni had been followed for a number of weeks prior to his murder.

“It’s a direct political hit. Lindokuhle was in hiding. We knew he was threatened. We knew that he was being arrested and kept in prison on bogus charges.” (GroundUp will attempt to investigate these claims.)

Zikode added that Mnguni’s death was part of a “trend” and that it had become “normalised” for community leaders who defied political power to be killed.

Political activist and chairperson of the KZN provincial Community Policing Forum board Mthunzi Mathenjwa was gunned down outside his house in Empangeni just over a week ago. While his murder is still being investigated, speculation is rife that Mathenjwa’s murder was in response to his crime-curbing efforts in the region.

Provincial MEC of Transport, Community Safety and Liaison Sipho Hlomuka condemned Mathenjwa’s murder and called for a swift investigation to lead to the arrest and prosecution those responsible.

Said Zikode: “It’s worrying when such killings are normalised. It’s the only concern I have. Our democracy is coming to its end where there will be nobody left to speak [about how] the lives of people count for nothing.”

The community of eKhenana is an informal settlement. Residents are self-sufficient according to Zikode. They plant their own vegetables and run a successful poultry farm.

“He (Mnguni) organised that community into a commune and it’s one of the most successful out there,” said Zikode.

Zikode added that residents of eKhenana were committed to food sovereignty and sustainable urban farming, rather than waiting for government to deliver.

Next:  Prospects and pessimism at jobs roadshow

Previous:  Plastic pollution: We’re getting it wrong. Here’s what needs to happen