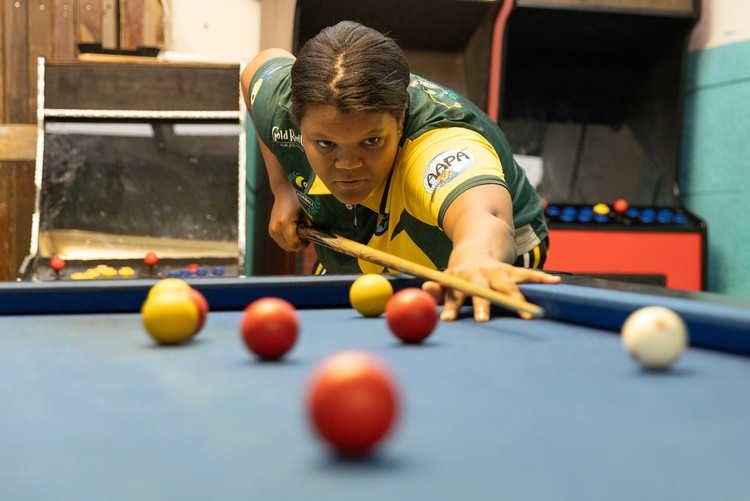 21-year-old Shaiyene Fritz started playing pool at the age of nine. She was part of a team that won gold at the 2022 World Blackball Championships in Morocco. Photos: Ashraf Hendricks

She dreams of becoming a social worker, but 21-year-old Shaiyene Fritz’s love for pool has taken her to the world championships.

Hailing from Lavender Hill, Fritz was part of a team that brought back trophies and medals from the 2022 World Blackball Championships in Morocco, held last month. South African won 32 medals at the event, including victories for Beatrice Monyake in the women’s singles event and Senzo Gumede in the men’s singles event.

“My passion and knowledge for pool started when I was nine years old, where I would play at the local game shop. We would even have tournaments against each other at the shop. I basically taught myself how to play.”

“I practised a lot. Through the years and getting recognised for my skills, I joined a pool club where I met different people who were professional pool players,” said Fritz.

As she got better, Fritz said she realised that she could play pool professionally. And although her mother was sceptical, she did all she could to support her daughter.

“She would make a way even though she was an unemployed single mother. But she made it clear to me from the beginning, that I couldn’t play pool if I can’t keep my academics up,” said Fritz.

She said she got the opportunity to play in the world championships in Morocco after finishing ninth place out of about 90 people at the national championships hosted by Blackball South Africa in Johannesburg in May.

Fritz said it was a struggle raising money to attend the world championships, but through fundraising efforts and doing interviews on television, she received overwhelming support.

“Being at the championships was a roller-coaster. We went as singles, and we were never supposed to play team events.” South Africa’s two women’s teams took first and second place.

“It was an awesome moment. And we were all women. The team spirit was amazing, we encouraged each other every day,” said Fritz.

Fritz is in her second year of a social work degree at Stellenbosch University. She said she decided to study social work because she saw a need in her community.

“My upbringing was not great. I know what it feels like to go to bed hungry. But through perseverance and having support from my counsellor at school, I persevered.”

Her plans for the future include playing in bigger tournaments and finishing her studies.

“I would definitely recommend playing pool, especially at a young age because it teaches discipline and strategy, and it can take you places,” she said. 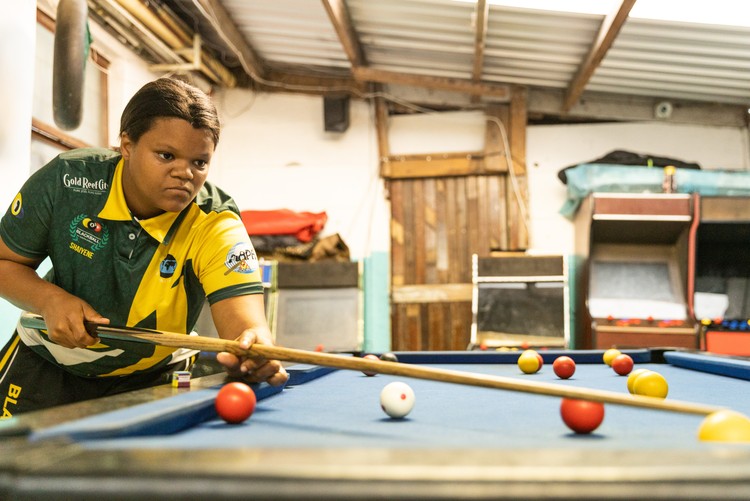 Previous:  Water shortage in Kariega has become extremely serious after a pipe burst