Cape Town firefighters fear they will be fired 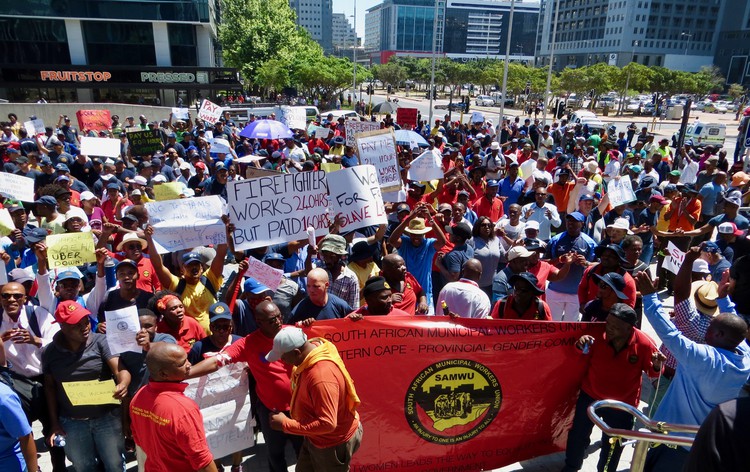 The South African Municipal Workers Union (SAMWU) says the City of Cape Town is planning to dismiss about 500 firefighters currently facing disciplinary hearings for going on an unprotected strike in 2019.

But the City says no decision has been taken to dismiss the firefighters and that a proposal has been made to resolve the matter so that “any possible sanction of dismissal can be avoided”.

SAMWU Cape Metro organiser Archie Hearne said the strike was over a demand for eight-hour shifts instead of the standard 24-hour shift for firefighters.

Hearne said the City was served notice of the grievance in 2018 but nothing was addressed. “In October 2019 the firefighters took a stance and started working eight hours. The matter was ultimately taken to court by the City and the strike was deemed unlawful.”

“We want the City to withdraw or stop the disciplinary process and let the firefighters work the eight-hour shifts,” said Hearne.

In a statement, Mayco Member for Safety and Security JP Smith said the Labour Court had ruled that SAMWU had no right to incite an illegal strike, given that firefighting was a designated essential service.

“In all fairness, the City had no choice but to initiate disciplinary proceedings for all who participated in abandoning their essential services posts over the course of several days, despite prior warnings that this was illegal.”

Smith said it is not the City that decides on the sanction (such as dismissal) but an independent chairperson of the disciplinary process.

Smith said the 24-hour shift system had been upheld in all collective agreements between the City and all unions representing firefighters, including SAMWU.

“Given that fires can occur at any time, the 24-hour shift system is rational, necessary, and beneficial to public safety and firefighters alike. On average, a firefighter works seven and a half hours more per month than other City employees.”

“The difference is firefighters are essential services emergency responders, paid a standby allowance, which is way above the standby allowance paid to other categories of staff for being on standby. Such standby allowance is payable as compensation for their schedule of ten 24-hour shifts per month, with time-off in between,” said Smith.

In a meeting on Thursday, SAMWU secretary Mike Khumalo said the Acting Executive Director Vincent Botto addressed the firefighters and told them that the City would offer 439 firefighters a deal, which would not be offered to another 55 firefighters who the Fire Services management regarded as the ringleaders.

“These so-called ringleaders will be made to face the full-might of the disciplinary process and could face eventual dismissal. This is clearly the old apartheid era tactic of divide and rule,” said Khumalo.

“Firefighters at the meeting clearly rejected the attempts by management to intimidate and to divide them, and disrupted the speakers, especially when management wanted to propose that they will be dealt with individually and not collectively,” he said.

Smith said, “A smaller group of individuals totalling 55 firefighters are facing more serious charges for endangering residents by actively inciting and organising the illegal strike and the City intends to proceed with these disciplinary hearings given the seriousness of these actions. Again, the outcome of these hearings will be determined by an independent chairperson.”

SAMWU will be marching to the Cape Town Civic Centre on Saturday as part of the union’s Back To Work Campaign. Amongst other grievances, the issue of the firefighters will be raised.

Next:  Long queues at post offices as activists picket for Covid-19 grant extension