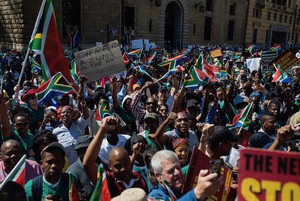 By John Stephens and Marcus Low What should the state do now that it has lost the Dudley Lee case?

The Constitutional Court gave judgment in the matter between Dudley Lee and the Minister of Correctional Services on 11 December 2012. The court ruled in favour of Lee. Thus, yesterday almost marked the end of Mr Lee’s seven-year journey through three courts; the Cape High Court will still have to determine the amount the state must pay him.