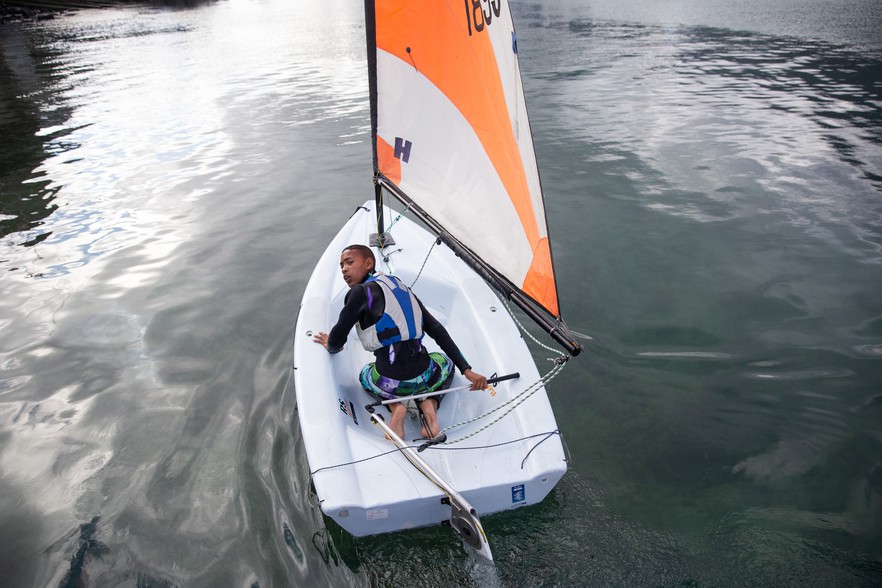 18-year-old Luciano Almano from Lavender Hill has been sailing for three years.

Rain on Wednesday afternoon did not deter children and young people from Imizamo Yethu, Hangberg and other parts of Cape Town who were taking part in a Youth Day sailing programme in Hout Bay.

The newly formed Hout Bay Sailing Academy is a community-led programme that aims to create opportunities for children and young people who would not usually have access to a sport that can be very costly.

About 15 children and young people aged eight and older participated in Wednesday’s event at Hout Bay harbour. Some have been sailing for up to three years with the Zeekoevlei Sailing Centre, and some were doing it for the first time. 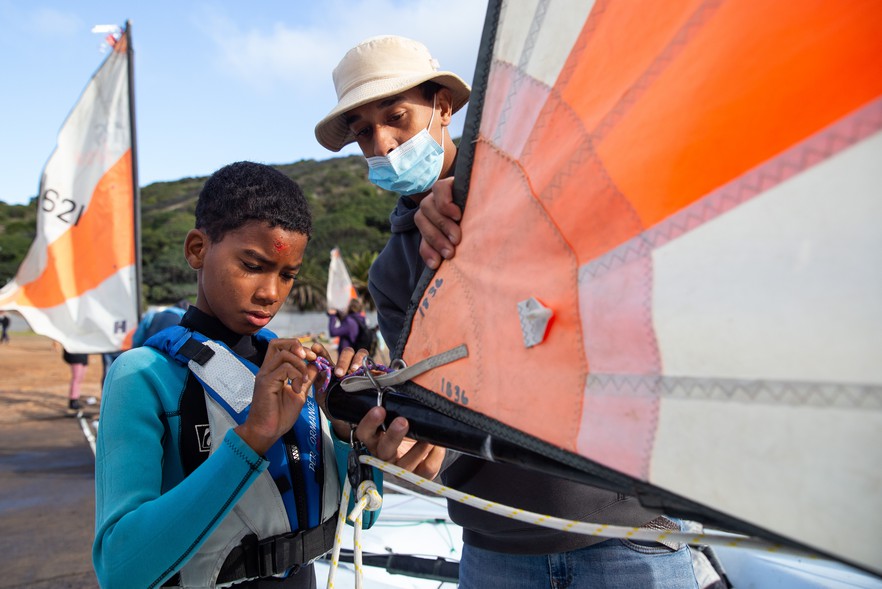 Amir Yaghya, who is the sailing coach from the Zeekoevlei Sailing Centre, helps 12-year-old Caydon Davids from Lavender Hill set up the dinghy.

“The moment they come to sailing, everything changes. Their discipline falls into place,” said Yaghya.

Yaghya, who is from Grassy Park, spends most days of the week teaching sailing to children from poor communities. 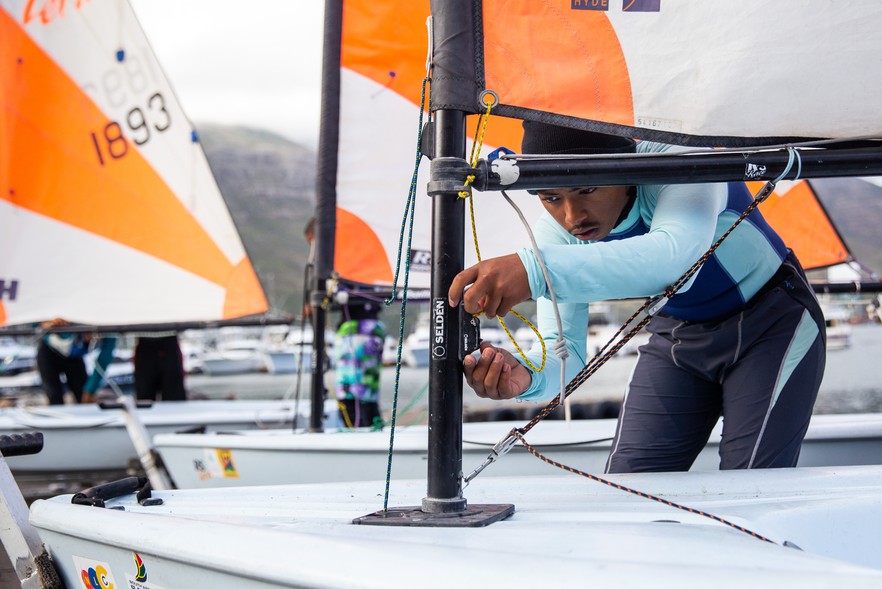 12-year-old Renton Gedult was one of the children at the Youth Day event. He has been sailing for three years.

The Hout Bay Sailing Academy now forms part of the Leopards soccer school, which is based in Hangberg. The soccer club’s manager Ricardo Phillips was involved in starting the sailing programme.

“If you don’t bring out exciting things to do for the youth, they tend to get lost,” he said.

The academy is planning on going to schools in the area and introducing the sailing programme to more children.

One 16-year-old from Hout Bay who participated on Wednesday explained how sailing had helped him stay away from drugs. He said he’d been sailing for years and it “makes his life much better”. 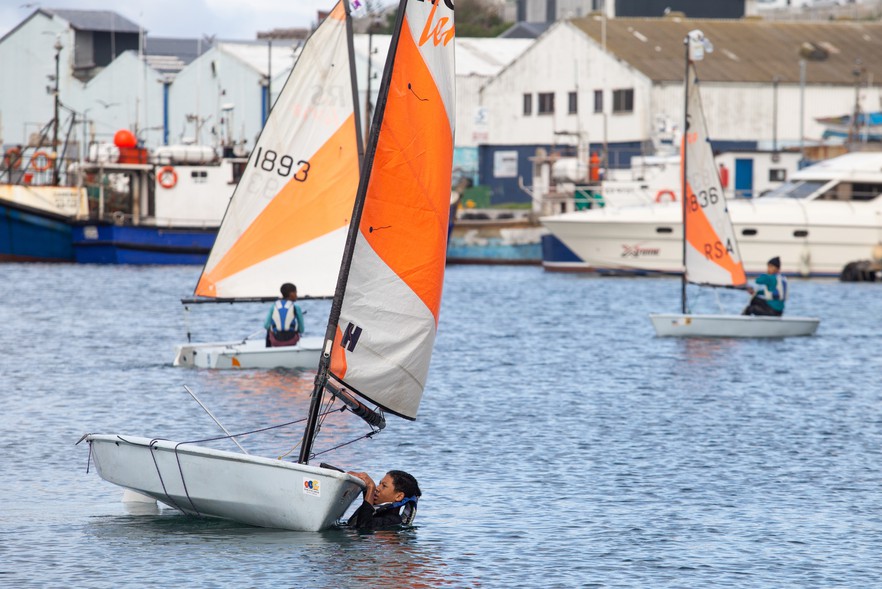 15-year-old Nathan Abrahams’s dinghy capsized, tossing him out into the freezing water. Shivering, he was back up and sailing within a few minutes. 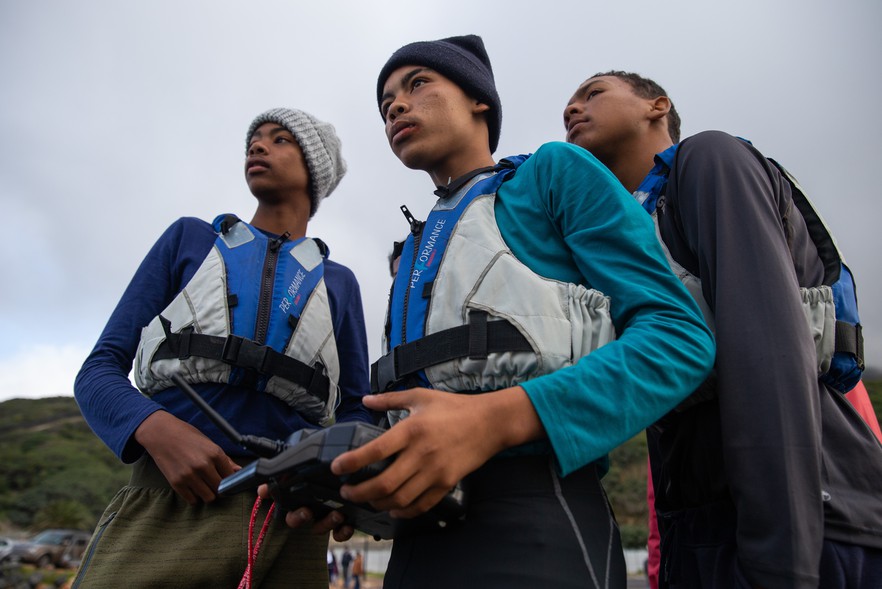 Theo Yon, who has been sailing since 2000 and is also the founder of the Hout Bay Sailing Academy, was helping to coach the children on Wednesday. He said funding is a problem for sailing clubs, since boats are so expensive.

But, he said, if the students worked hard enough they could participate in national championships.

Max Ozinsky, who has been sailing all of his life, helped set up the new sailing initiative. He said the founders hoped to expand the programme.

“We’re looking at how we can create a maritime centre here, not only sailing, but also diving, surfing and swimming,” he said. 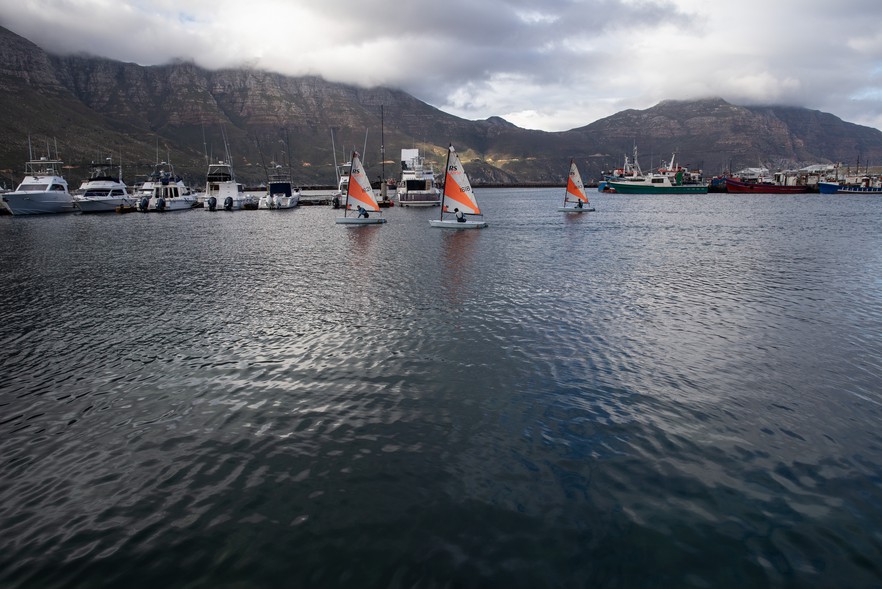 The Youth Day event aimed to teach youth water sports and ocean awareness and was organised by the Hout Bay Sailing Academy.

Next:  Even the rats have left this household now that the cupboard is empty