The province has set out guidelines for its municipalities 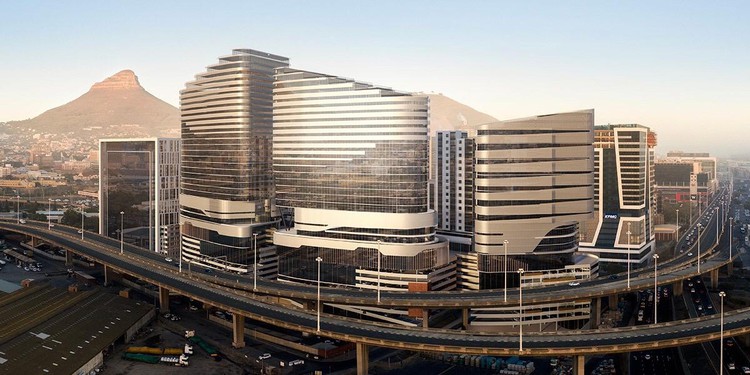 The proposed R14-billion Harbour Arch development on the Foreshore, Cape Town, is set to be completed over the next ten years. Just 10% will be inclusionary housing. Image supplied

On 14 May, the Western Cape government announced the release of a new policy framework to guide the development of “inclusionary housing” in its municipalities. The document is open for public comment until 13 July 2021, with workshops to be virtually held on 31 May.

Inclusionary housing policy is one way to compel property developers to include a proportion of affordable housing units in any development over a certain size in well-located areas.

In South Africa, the ratio of units and the qualifying areas are determined by the municipalities, with provincial governments playing a coordinating role. Inclusionary housing requirements are popular around the world as an alternative to government-run housing and means of redressing spatial injustices. In Spain, 30% of new developments are set aside for inclusionary housing, with no alternatives offered by legislators.

Housing activist organisation Ndifuna Ukwazi (NU) has hailed the policy framework as “a huge step towards spatial justice”, while cautioning that inclusionary housing cannot be realised in Cape Town without the City of Cape Town also developing its municipal policy on inclusionary housing.

At present, just one municipality, the City of Johannesburg, has an inclusionary housing policy, adopted in 2019.

Municipalities, with the guidance of the Province where needed, are expected to perform a Housing Market Study to determine whether people living in the municipality can afford to live there, and what is the “housing gap” in the area. The “housing gap” is the difference between what an average household can afford and the average price of a house.

These municipality-defined thresholds and ratios are likely to come under close scrutiny, as they will largely determine the effectiveness of inclusionary housing as a tool to change the spatial make-up of our cities. Too steep, and developers will scale back operations dramatically; too lax, and the policy might as well not exist.

Inclusionary housing is aimed at the same demographic that qualifies for social housing – those who earn too much to qualify for RDP houses, and those who earn too little to qualify for mortgages through banks. These are households earning between R3,500 and R22,000 per month, and would include “key workers” like nurses and teachers. (However, according to the document, “Cape Town households earning up to R30,000 will struggle to acquire housing without state assistance due among other things to limited supply in this market.”)

One of the key aims of the Spatial Planning & Land Use Management Act of 2013 is to change the apartheid design of South Africa’s cities. The act requires all municipalities to approve and adopt Municipal Spatial Development Frameworks to guide land use, which must include designating areas where inclusionary housing policy may be applied.

According to the policy framework, “well-located areas” may be understood as synonymous with concepts like restructuring zones, which are wealthier areas that qualify for capital grants under the Social Housing Act.

Municipalities are encouraged to ensure that there is no overlap between the two concepts. Well-located areas are, in short, places that developers prize, with good access to public infrastructure, jobs, parks, schools, services and so on.

Once municipalities have identified areas for inclusionary housing, when an application for a development falls within that area, the policy must be applied.

The inclusionary housing policy framework compels larger residential developments in well-located areas to include sub-market-rate units, either for sale or for rent. However, there are two ways that a developer could get out of this requirement.

The first is to make “in lieu” payments – in effect developers would pay the municipality instead of developing on-site units according to a municipality-developed framework. These funds would then be diverted back to supporting and building affordable housing on well-located land. The policy framework notes that the in lieu rate might be set higher than the in-kind cost, as is done in other countries, in order to deter developers from choosing this option.

Social Housing Institutions are central to this policy framework, as they have experience managing tenants whose incomes lie in the affordable housing bracket. The policy framework proposes these institutitions as potential partners for private property developers, either for managing affordable housing units built by the developers, or as a recipient of the developers’ off-site contribution to inclusionary housing.

According to the policy framework, the incentive for developers is that they can get additional land use rights by triggering the inclusionary housing requirements, such as being able to build more densely, or have mixed-use units. The policy framework also encourages municipalities to consider other incentivising policies, like reduced planning or parking requirements.

While Cape Town’s lucrative property market will need to adjust, the effective implementation of inclusionary housing will help to move cities away from the apartheid legacy.

Next:  How to vaccinate the world against Covid-19: Lessons from the AIDS response