Traditional leaders threaten to go to court over suspension of circumcisions 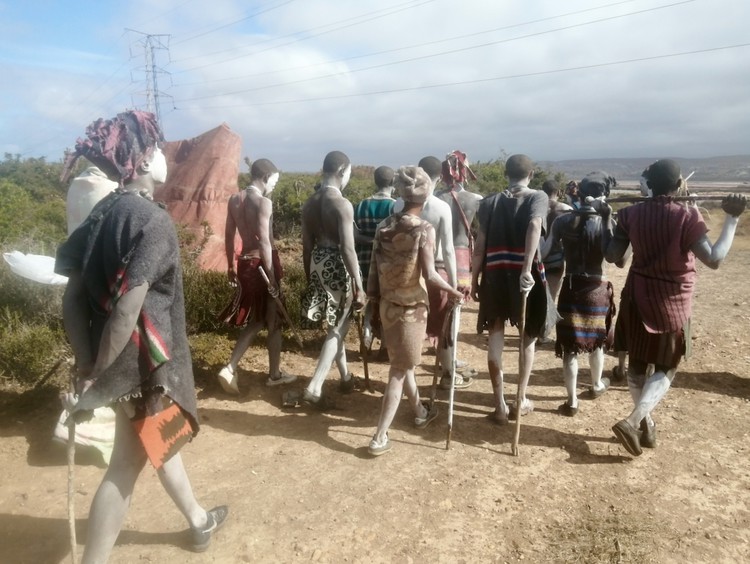 Traditional leaders are threatening to take government to court should the summer circumcision season be suspended. Archive photo: Mkhuseli Sizani

The Congress of Traditional Leaders of South Africa (CONTRALESA) in the Eastern Cape is threatening to take government to court should the summer circumcision season not be allowed.

South Africa’s circumcision season typically takes place twice a year, in June and again in December. These are the times when most teenage boys would be home from school and were able to participate in the ritual, which can last up to a month.

In June, however, all initiation schools were barred from performing circumcisions to mitigate the spread of Covid-19.

Traditional leaders say they are under “immense pressure from parents” who are demanding that their sons be circumcised.

“We are shocked and disappointed that all other cultural and religious practices have been allowed to open but nothing is said about circumcision,” said Chief Mwelo Nonkonyana, provincial chairperson of CONTRALESA.

“In the winter we heeded the government’s call and suspended circumcision because the country was battling against Covid-19. We also managed to fight against those who opened up the illegal circumcision schools during winter,” he said.

Nonkonyana said that with the help from the health department and strict regulations the upcoming circumcision season should be allowed to go ahead.

“Should the government not allow circumcision to take place, it would be like burying us alive. There are many rituals and customs that need to be done but cannot proceed with the suspension of circumcision. We will have no other choice but to go to the Constitutional Court,” he said.

Chief Velile Mfunda, chairperson of Cacadu Traditional leaders, said. “Last year in Cacadu, we had about 3,500 initiates during the winter season and in December we had about 6,000. This means that the numbers have increased this year because there were no circumcisions this winter.”

Minister of Corporate Governance and Traditional Affairs (COGTA) Nkosazana Dlamini-Zuma has called for more consultations with the leaders.

Lungi Mtshali, COGTA spokesperson, said, “We had many deaths before Covid-19. Now we need to meet and find ways on how to deal with circumcision during this pandemic.”