French giant has completed a round of public meetings 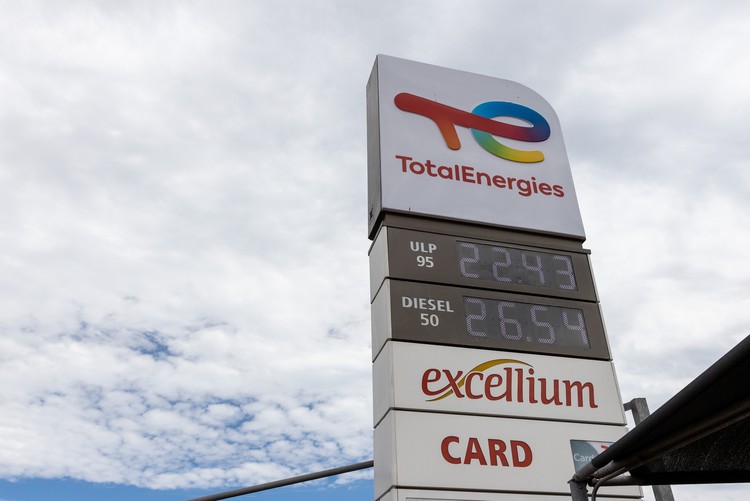 French energy giant TotalEnergies is preparing to submit its final application for approval to drill up to five wells for oil or gas between Cape Town and Cape Agulhas. The project has met opposition from environmental groups but the company says it is part of South Africa’s transition from coal.

The scoping and environmental impact process started in May this year. If the project is approved, the drill area will span about 10,000 square kilometres, with the closest point 60km from the coast and the furthest 170 kilometres.

This application is one in a rush of offshore oil and gas applications along South Africa’s coast. This is part of a wider expansion by multinational companies into Africa, as a recent report by environmental research group Urgewald, in partnership with dozens of organisations in Africa and Europe, shows.

TotalEnergies is the biggest oil and gas developer in Africa. In this project, it holds a 40% interest in the block, and is the operator. Shell has a 40% interest and the state-owned Petroleum Oil and Gas Corporation of South Africa (PetroSA) has 20%.

The public will be able to submit public comments until 7 December 2022. All the ESIA documents can be accessed here.

The Urgewald report points out that in 2021, the International Energy Agency (IEA) issued a roadmap, based on the Paris climate agreement of 2015, for preventing global temperatures from rising above 1.5°C. “According to this roadmap, exploration for new oil and gas reserves should cease and no further oil and gas fields should be developed beyond those that were already underway in 2021.”

“These enormous fossil expansion plans are completely incompatible with the Paris goals and will lock African countries into an obsolete and carbon-heavy energy path,” says the Urgewald report.

But in a summary of its impact assessment report, SRL says the need to reduce carbon emissions to zero by 2050 “is balanced with the need to grow the economy and create jobs”.

The government “currently promotes the use of natural gas as part of the energy mix up to 2030 to serve as a transition to a carbon-neutral goal and provide the flexibility required to complement renewable energy sources,” says SRL.

Oil and gas exploration forms part of the South African government’s priorities as part of the Operation Phakisa’s Oceans Economy programme in order to reduce “dependence on expensive oil and gas imports”. But some environmental organisations and members of the public are saying oil and gas should not be in South Africa’s future at all and that it doesn’t have a place in the country’s commitment to a “just transition” to zero carbon emissions by 2050.

Natural gas is neither “sustainable” nor “clean”, says Janet Solomon, co-founder of environmental coalition Oceans Not Oil. In its objections to the TotalEnergies project, Oceans Not Oil says the idea that natural gas produces less carbon emissions than coal is misleading, because of methane leakage which is common during oil and gas operations.

Solomon said that the ESIA also didn’t consider the fishing communities and the impact the exploration project would have on their heritage. “We’ve got a large informal economy that is totally reliant on a healthy ocean, from tourism to fisheries,” she said. “The ocean is sacred to a lot of cultures in South Africa.”

Not many fishers attended the public meeting held in Hout Bay earlier this month to discuss the project. This was because they didn’t know it was taking place, says fisher Reagan James, Chief of the Katz Korana Royal House, who lives in Hout Bay and did attend the meeting.

“We make our livelihoods out of the sea. … Oil and gas is not going to benefit our community,” he said.

Greenpeace Africa spokesperson Chris Vlavianos told GroundUp the TotalEnergies project would be close to several Marine Protected Areas (MPAs). “These are lifelines for local communities”, he said, and nurseries for fish species.

Vlavianos says it is “nonsensical” to pursue oil and gas in the context of the “just transition”. “It will achieve nothing but locking us into a high emissions trajectory, with little real economic benefits to people on the ground. Often, the jobs and economic upliftment promised by these projects do not materialise.”

The summary of the environmental assessment does show that the exploration project overlaps with areas where four species are fished, but suggests that with communication and coordination with fishers, its impact can be mitigated. The report notes that many people are “directly reliant on the ocean and coast for their livelihood, and social and spiritual wellbeing”.

Els Vermeulen, director of the Mammal Research Institute Whale Unit at the University of Pretoria, who attended the meeting in Hermanus, said she had no major concerns about the impact of the project on whales and mammals. She said that the impact assessment had been well done, that the exploration would be short term and not during the whale migration season.

TotalEnergies spokesperson Stéphanie Dezaunay, said: “In South Africa, TotalEnergies is positioning itself as a player in the evolution of the country’s energy mix as part of the necessary transition from coal to renewable energies and gas”.

“South Africa’s economy is still predominantly coal-based, accounting for 80% of its current electricity generation. Access to energy, and in particular meeting the growing demand for electricity, is a major concern in South Africa, where load shedding and power cuts have been almost a daily occurrence for nearly 15 years and where air pollution from fine particles linked to coal burning is frequent,” Dezaunay said.

She said the use of gas instead of coal would halve carbon emissions and “drastically reduce air pollution”. TotalEnergies was also working on solar and wind energy, she said.

Asked how much of the output from the project would be used in the domestic market and how much would be exported, she did not reply by the time of publication.

The Department of Mineral Resources and Energy did not respond to GroundUp’s questions.

Next:  Trial of officer accused of murdering a homeless man set for next February