More than 200 immigrants are living in the bush in fear 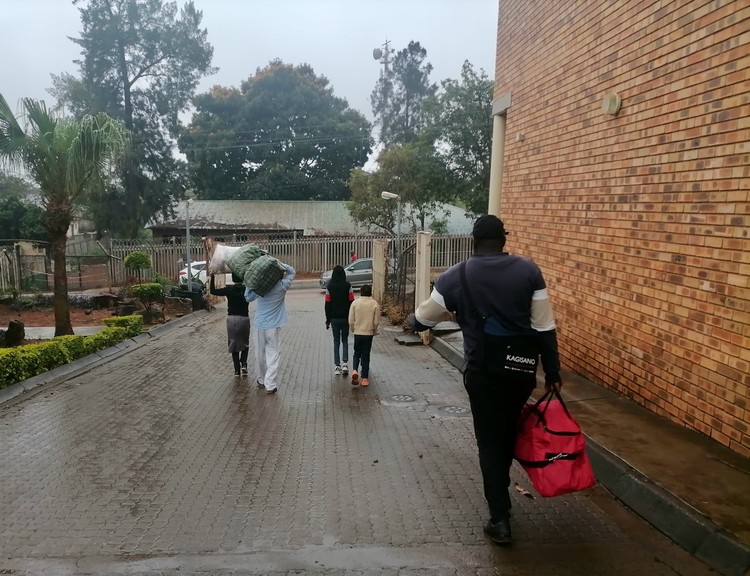 Three Zimbabweans were burnt to death in Chavani village outside Elim on Saturday. They had been accused of stealing cables and solar panels.

About 200 immigrants then fled their homes. Some were forced out of their houses by vigilante groups. They have fled to other villages or are hiding in the bush.

Makhado police spokesperson Sergeant Tshifhiwa Irene Radzilani said the three Zimbabweans “were burnt beyond recognition”. Police have opened murder cases. No arrests have been made.

Malume Chinabwa, from the Kagisano (seTswana for living together harmoniously) programme, run by the Lawyers for Human Rights (LHR) in Elim and Musina said, “Since Saturday more than 200 foreigners – Zimbabweans, Mozambicans and Malawians – have been calling me for assistance. During the day, they try to visit townships where they are not known, in search of food, but spend the night in bushes.”

Elim resident Francis Thiba said at about 6pm on Saturday a group of youths, including women, came to his residence. His wife and three children were ordered to leave. They fled to the bush. Police later rescued them the same day.

Thiba was beaten on the head and in the face. Waterval police rescued him about 7pm and took him to Elim hospital. He was discharged on Tuesday. He joined his family at Waterval police station, where they had sheltered for three days.

Thiba has been living in Shirley village, Elim, for over ten years. He has been in South Africa since 2000. He does not know if the family will recover their belongings. He said they are prepared to leave for Zimbabwe, but he has no money for transport.

The Kagisano project found temporary accommodation for Thiba and his family.

On Tuesday and Wednesday, Kagisano members had meetings with local chiefs and police to try and establish working committees that would deal with the conflict. It has also approached NGOs, including Red Cross, for food and humanitarian aid.

Vicky Muvhali, chairperson of the Njhakanjhaka traditional council, said a meeting with immigrant leaders and the LHR will be held on Thursday.

Police have called on the community not to take the law into their hands.

Next:  Where have all the chameleons gone?