“The biggest challenge is to overcome taxi violence” 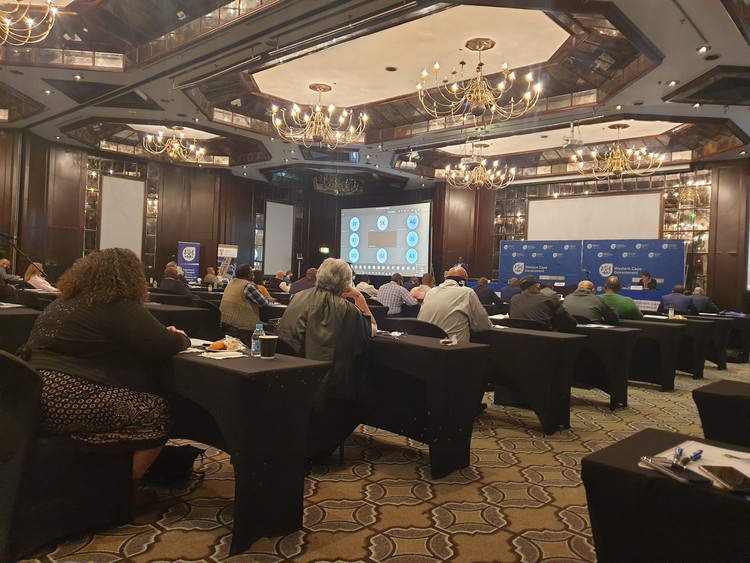 Dozens of taxi operators and government officials attended a lekgotla for the industry in Cape Town on Thursday. Photo: Mary-Anne Gontsana

Minibus taxis transport up to 55% of people who use public transport daily. This number is up by 32% since the collapse of Cape Town’s rail system, according to Bonginkosi Madikizela, the provincial minister for transport.

Madikizela was speaking at a lekgotla for taxi operators and government officials on Thursday.

He also noted the high death rate of operators and drivers, with 87 deaths this year alone.

“The biggest challenge is to overcome taxi violence. There should be no room for criminality or criminals in the taxi industry … The leadership must renounce the acts of intimidation, extortion, violence and murder that are being perpetrated by criminal elements within the ranks of the industry,” said Madikizela.

On Wednesday, GroundUp reported an incident where some taxi operators in the city were responsible for holding e-hailing and staff transport drivers to ransom, claiming that they were operating on their routes.

Asked about this, Madikizela said, “When the cases of extortion were brought to my attention, I immediately intervened. But it is something that is very concerning that there are people who are operating like criminals in this industry.”

Speaking on metered taxis, David Drummond, chairperson of Section 66 Association, told officials that there were thousands of unlicensed e-hailing vehicles on the road. “There needs to be a roll-out of a re-registration process before more operating licences are issued. We do not have a clear picture of what the situation is out there,” he said.

Nazeem Abdurahman, chairperson of the South African National Taxi Council (SANTACO), said: “We are here today as the voice of the people, to make sure that the taxi industry takes its rightful place as an economic mainstream.

“We are fed up. As SANTACO in the Western Cape, I can truly say we have committed ourselves to make this lekgotla a success.”

Also in attendance was national transport minister Fikile Mbalula, who said it was evident that despite government intervention, the taxi industry still struggles with decreasing revenue, poor infrastructure and uncontrolled competition on routes, which continues to be a source of conflict and violence.

“Many operators are forced into financially unsustainable businesses with badly maintained and extremely old vehicles that threaten the safety of passengers and other road users.

“The taxi industry still operates on the fringes of the formal economy and therefore does not comply with the country’s tax laws as well as labour laws intended to protect workers,” said Mbalula.

He said a national taxi lekgotla will be held on 29 October to address challenges in the taxi industry.

Previous:  Makhanda unable to keep up with sewage spills