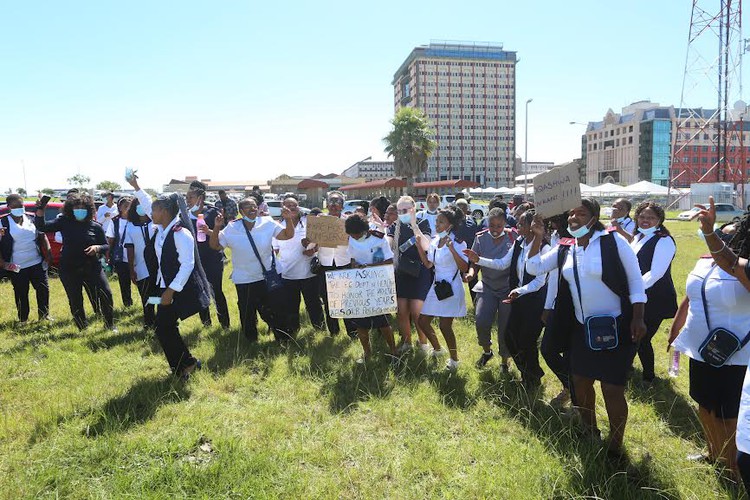 Eastern Cape nurses who are completing their training want the provincial health department to hire them as outlined in their contracts. Photo: Johnnie Isaac

About 200 nurses protested on a field in Bhisho on Wednesday against the provincial Department of Health’s decision not to hire them when they complete their training at the end of March.

They are among over 630 nursing students whose contracts will be terminated soon, despite a contractual agreement that they must work for the department for about four years after they qualify. The department funds the nurses’ four years of study and then they are expected to work in the provincial health service for four years. But this year the department says it does not have enough money to take them on.

On Wednesday, the group of nurses handed over a memo of demands to officials. They want the provincial health department to reverse its decision to terminate their contracts. They say some of them are the main breadwinners in their families.

Nkosodumo Ngcai, one of the protesters, said it would be challenging to find employment in other provinces. Ngcai said the department should have planned better.

Next:  No trains operating in the Eastern Cape for over two months