Union and company settle on a 6.5% increase and a cash payment 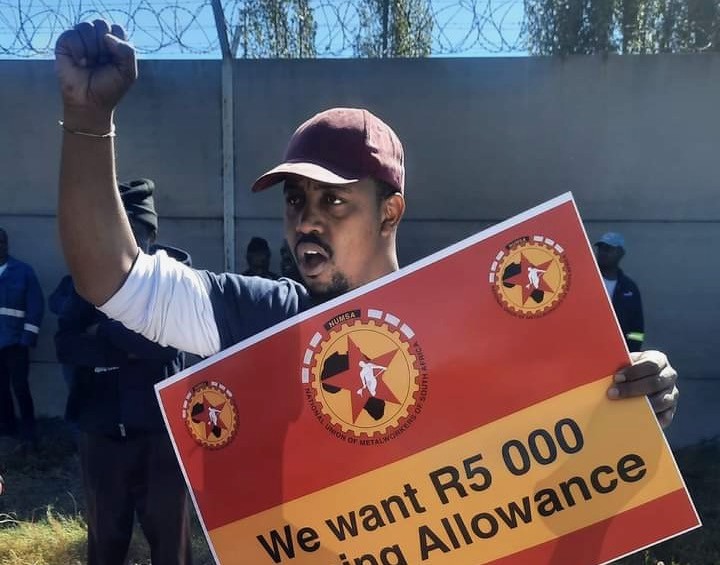 A deal was struck on Thursday between NUMSA and ArcelorMittal, putting an end to the steel workers’ strike. Archive photo: Chris Gilili

Striking workers at steel giant ArcelorMittal are to return to work after an agreement between the National Union of Metalworkers of South Africa (NUMSA) and the company.

The workers at ArcelorMittal had been on strike since 11 May.

Kabelo Ramokhathali, NUMSA regional secretary in Sedibeng, told GroundUp that an agreement had been reached with ArcelorMittal. He said they had met with employer representatives at the Commission for Conciliation, Arbitration and Mediation on Wednesday, after a commissioner was tasked with negotiations.

The union was demanding a 7% increase (down from an initial 10%) and a once-off cash payment of R5,000. ArcelorMittal had offered a 6% increase plus the R5,000 cash payment, or 6.5% without any cash payment.

Ramokhathali said they had agreed on a 6.5% wage increase across the board, plus the R5,000 cash payment.

“One of our conditions was also that no disciplinary hearing should be held against our workers who embarked on the strike,” said Ramokhathali.

He said the R5,000 cash component would be paid to the workers by 3 June.

A worker in the cold rolling section at ArcelorMittal who did not want his name used said the settlement was too much of a compromise. “I feel like it is not enough. But better than nothing,” he said.

Next:  Jobseekers queue in hope of short-term contracts

Previous:  Home Affairs’ refugee office to re-open in Cape Town, ten years after it was closed