Is Shamila Batohi winning the battle to fix the NPA?

Results so far have been disappointing but there is hope 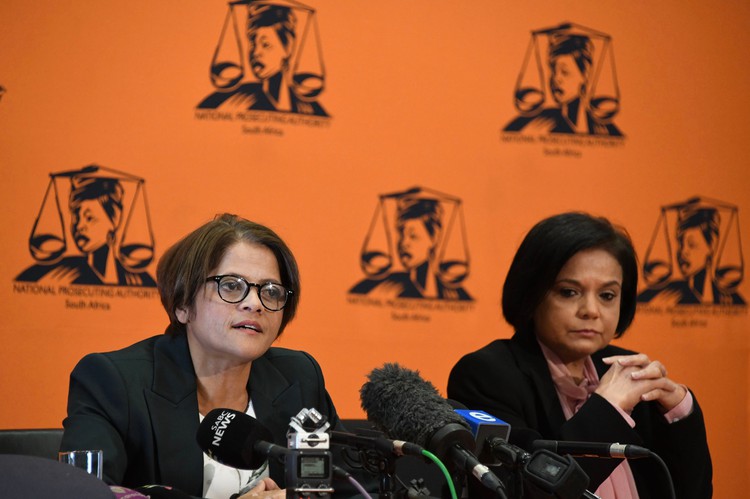 The appointment nearly two years ago of a new boss to head the agency that convicts and jails criminals sparked hopes of a significant turnaround at the beleaguered state unit. But the results so far have been mostly disappointing.

Advocate Shamila Batohi took over as National Director of Public Prosecutions (NDPP) at the National Prosecuting Authority (NPA) on 1 February 2019. The agency had its reputation and functioning destroyed under previous NPA bosses Menzi Simelane, Nomgcobo Jiba and Shaun Abrahams.

Abrahams, who gained the nickname “Shaun the Sheep”, Simelane and Jiba were all accused of doing the bidding of former president Jacob Zuma, who has faced allegations of corruption for years.

Batohi started her career as a junior prosecutor in the Chatsworth Magistrates’ Court in 1986 and rose through the ranks to become the KwaZulu-Natal director of public prosecutions, which she held from 2000 to 2009.

She was a senior legal adviser to the prosecutor of the International Criminal Court in the Hague from 2009 to 2018.

So far, under Batohi, the critical indicators of NPA performance have gotten worse.

(The high-profile NPA cases that make news headlines usually take place in high courts. But over 99% of the agency’s cases appear in out-of-the-way regional and district courts.)

A key reason that could explain the NPA’s performance is that over 20% of its posts are vacant. It failed to recruit new trainee prosecutors for several years from 2016. The agency has had low staff morale and lacks skills, capacity and resources.

Nevertheless experts appreciate Batohi’s independent stance, and her arrival has provided the NPA with improved respect and standing.

Advocate Lawrence Manye is a member of Advocates for Transformation and sat on the panel that recommended Batohi’s appointment to President Cyril Ramaphosa.

Manye told GroundUp that Batohi faced a mammoth task at the NPA to satisfy everyone, especially when so many were jostling for power.

But he said that Batohi had brought much needed fundamental change to the NPA’s top position. “It can only be good for confidence building, morale, and ultimately for the NPA to fulfil its constitutional mandate.”

Advocate Glynnis Breytenbach, DA shadow minister of justice and constitutional development, told GroundUp that Batohi still had much work to do to fix the agency. Breytenbach is a former NPA prosecutor, who worked at the agency for decades.

Breytenbach hoped that significant improvements at the NPA would show from the middle of 2021.

Pierre de Vos, UCT Head of Public Law, told GroundUp that it would probably take five to ten years to rebuild the NPA.

Paul Hoffman, a director of the Institute for Accountability in Southern Africa, told GroundUp that Batohi had taken on a hollowed-out institution that was under-funded, under-resourced, lacking in capacity and capability and short of the skills it needed.

Hoffman commended Batohi on her efforts to recruit new staff, her willingness to appeal to Parliament for more funding, and the arrests of some “small fish of state capture”.

But he said that the NPA had arrested no “big fish” on charges of corruption and this situation would likely remain unchanged while there were no moves to enhance the independence of the agency.

Attorney William Booth, chair of the Law Society of South Africa’s criminal law committee, said that since the arrival of Batohi there had been significant improvement in the functioning of the NPA.

Lawson Naidoo, executive secretary of the Council for the Advancement of the South African Constitution, said that under Batohi the NPA had seen improvements. But Naidoo said that the enhancements she had made at the NPA had happened much slower than hoped. She had to rebuild the institution so it could execute its mandate to prosecute without fear, favour or prejudice, Naidoo added.

Observers have also welcomed the way Batohi deals with the public and the media.

While some of the observers we spoke to said that Batohi appeared to have established an arm’s length relationship with Ramaphosa and Minister of Justice and Correctional Services Ronald Lamola, a source close to the NPA said that Batohi had limited independence. This was because Ramaphosa could face a backlash within the government and the ANC if she took too much action against corruption, the source added.

Failed to rid the agency of “bad apples”

Probably the most significant criticism of Batohi is that she has failed to rid the agency of its “bad apples”.

She faces a major obstacle to do this as she has to have Ramaphosa’s approval to remove any NPA director occupying the top three ranks of the agency.

In November 2018, during his interview for the position of the NDPP, panellists grilled Chauke over his handling of the case brought against former head of Crime Intelligence Richard Mdluli about the murder of Oupa Ramogibe in 1999, News24 reported. In 2012, Chauke dropped the case against Mdluli, but civil society groups fought to have the case reinstated.

In September this year, a High Court judge sentenced Mdluli to five years in prison for kidnapping and assault charges, which occurred when he was commander of the Vosloorus police station in 1998.

Maema was a leading member of a cabal of prosecutors at the NPA that during the state capture project maliciously prosecuted diligent law enforcement officials who had exposed corruption and nepotism, according to a recent Daily Maverick article.

Despite the damning evidence against Noko and Maema that had been in Batohi’s possession for more than a year, she had taken no steps against them, the Daily Maverick report added.

Mathenjwa was Abrahams’ “hitman”, and he was part of “nasty prosecutions”, but these cases “all fell apart”, a source close to the NPA alleged.

In May 2019, former KZN Hawks head Johan Booysen alleged that Mathenjwa was a “captured” prosecutor when he testified before the Judicial Commission of Inquiry into Allegations of State Capture, according to a Daily Maverick report.

There needed to be an inquiry held at the NPA like the Mokgoro Commission that led to the removal of Jiba and Lawrence Mrwebi, the source close to the NPA said. Such an inquiry would allow Batohi to clear out the agency’s “bad apples”.

Hoffman said that under Batohi the NPA was still full of “saboteurs” deployed to protect those involved in grand corruption. That she had allowed such a situation was “a craven response” to the massive damage that these “saboteurs” had wrought, he added.

De Vos attributed Batohi’s lack of action to her cautious or even “timid” approach to leading the NPA. “Judging from what is publicly known, Batohi has been relatively timid up to now, preferring to play a long game and to effect changes slowly, and not to make too many enemies,” he added.

As somebody who had not been a senior member of ANC, she had less political clout than some of her predecessors, and she might therefore be moving carefully to avoid making mistakes, De Vos added.

In recent times, the NPA under Batohi has made several key arrests including those held responsible for over R2 billion in corruption at VBS Mutual Bank, people involved in Bosasa corruption, and several people who got enriched by a R230-million contract to remove asbestos from houses in the Free State.

De Vos said that in recent weeks, the NPA had shown its ability with the quality of the indictments served on various state capture suspects and that it could deliver good work, at least in the most important cases.

“However, to what extent outside consultants did this work is not clear. So, this impression may be wrong, and the NPA may still lack basic legal and forensic skills,” he added.

No “big fish” in the realms of politics, business and crime, alleged to have engaged in corruption have yet been prosecuted.

“There is a general sense that the NPA under Batohi is not acting,” a source said.

Commentators have welcomed the establishment of the special NPA unit called the Investigating Directorate, which Ramaphosa set up on 4 April 2019. Advocate Hermione Cronje heads the unit. It has a life of five years from its establishment. Its purpose is to nail those alleged to have committed state capture crimes.

A source close to the NPA said that what the agency needed to do was improve its appointment mechanisms. “There is no real integrity testing process at the NPA,” the source added.

Several civil society organisations remain troubled by the NPA’s failure to prosecute anyone related to the Marikana massacre of 34 mineworkers by police on 16 August 2012.

Right2Know deputy national coordinator Ghalib Galant said that the NPA’s lack of progress in this area was most concerning. The Association of Mineworkers and Construction Union, the Socio-Economic Rights Institute of South Africa, and the Bench Marks Foundation have also raised similar concerns.

Galant highlighted that Corruption Watch recently published a report that showed that the police were the most corrupt of state employees. He said that the report placed into question how the NPA could do its job as it relied on the work of the police to build its prosecutions.