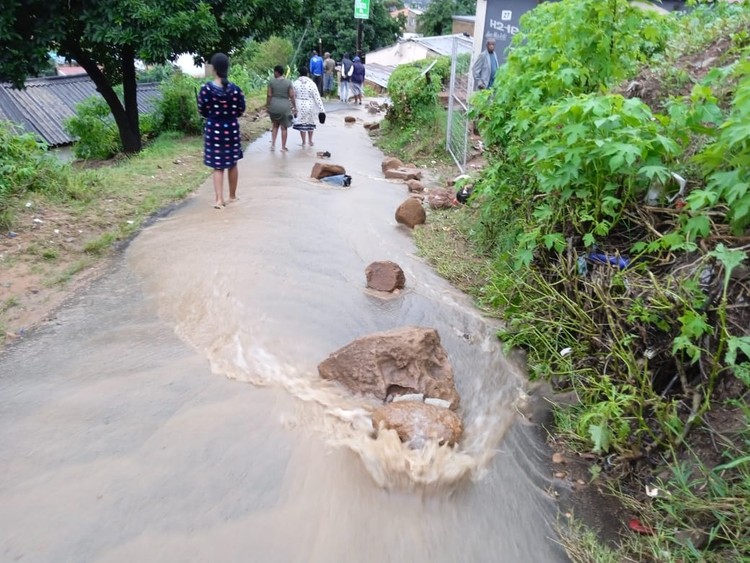 Screams for help from Ntuzuma resident Mandla Buthelezi echoed through the community on Monday night, when the wall on his brother’s house collapsed into a neighbour’s yard.

Heavy rains and flooding have had a devastating impact across KwaZulu-Natal, with at least 20 unconfirmed deaths, several people missing, and damage to homes, roads and bridges.

In Ntuzuma, north of Durban, homes collapsed and roads were blocked by water and debris. 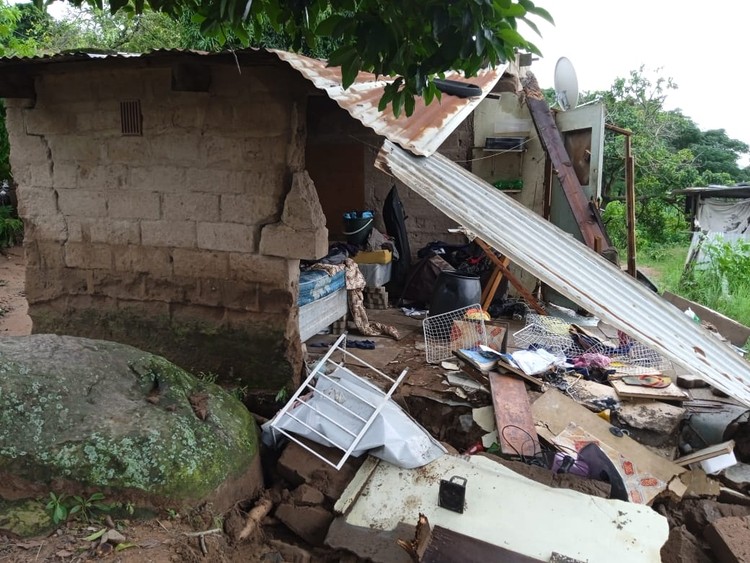 Buthelezi told GroundUp he was in another room with his girlfriend and three children when they heard the roof begin to collapse. “I was scared because I thought the whole house was going to collapse. I’m thankful that there was no one in the room when it fell, otherwise it would have been a real disaster.” One of the walls in Buthelezi’s neighbour’s two-room house also caved in.

Resident Nompumelelo Sibiya was asleep in her four-room RDP house when she was woken up by a loud noise. She heard the shack in her yard being swept away. “All through the night, I was anxious.”

Her house is flooded and she has had to move in with neighbours. She fears the whole house will soon collapse.

Another house in Sibiya’s street was completely destroyed. When GroundUp arrived some community members had gathered to help salvage what could be saved. 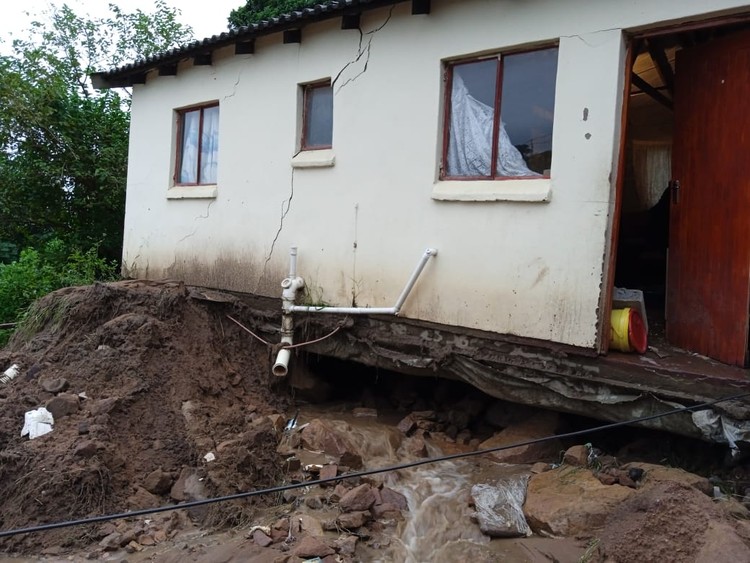 Water gushing under Nompumelelo Sibiya’s house. She was sleeping when her house flooded and started to crack. She has moved in with a neighbour, fearing that the house will soon collapse.

Mahaye Walk, one of the narrow streets in the area, is also flooded. There are big rocks on the road and part of a retaining wall has collapsed onto the street, blocking vehicles from going in or out of the area. Residents fear that should the rain continue, things will get worse.

Ward 107 Councillor Njabulo Ntuli said there has been massive damage to property in the areas he visited so far. He said the disaster management unit has been inundated with calls for help and was yet to release official data on the extent of the damage caused by the floods.

Nonala Ndlovu from KwaZulu-Natal’s department of cooperative governance, in a media interview, said that the department had received reports of 20 deaths in eThekwini, though not all of these deaths had been confirmed. She said some areas are badly waterlogged and inaccessible by vehicles so a priority is to help evacuate people where needed. “If people feel unsafe in their homes, they are encouraged to move to community halls. We already have some organisations providing assistance with meals. Areas around Pinetown are hugely affected and teams are on the ground but we are waiting for reports from those on the ground,” she said.

GroundUp could not reach the eThekwini Disaster Management. On Monday, the City issued several notices on its Facebook page, updating residents about road closures. The City has urged affected residents to seek emergency refuge in community halls. 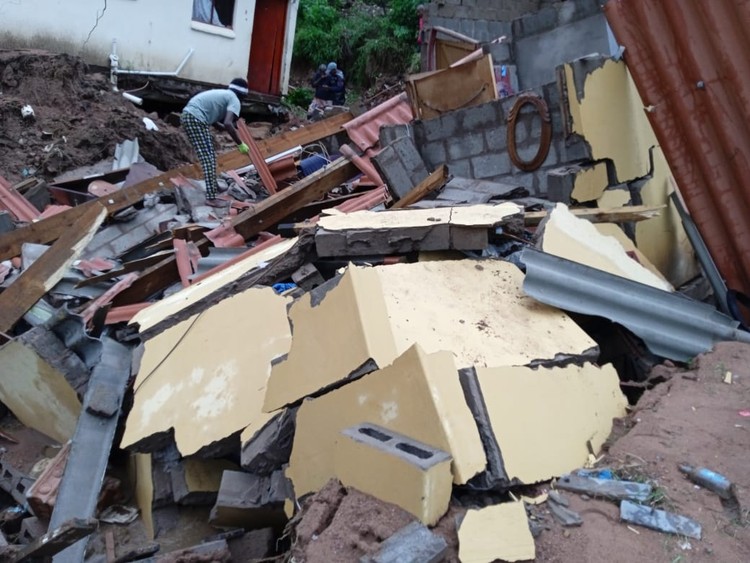 Next:  One in four preschool children is malnourished, new study finds

Right-of-reply: Khandani Msibi criticises our 3Sixty Life report. But we stand by it