Reclaimers in trouble with Tshwane metro over recycling site 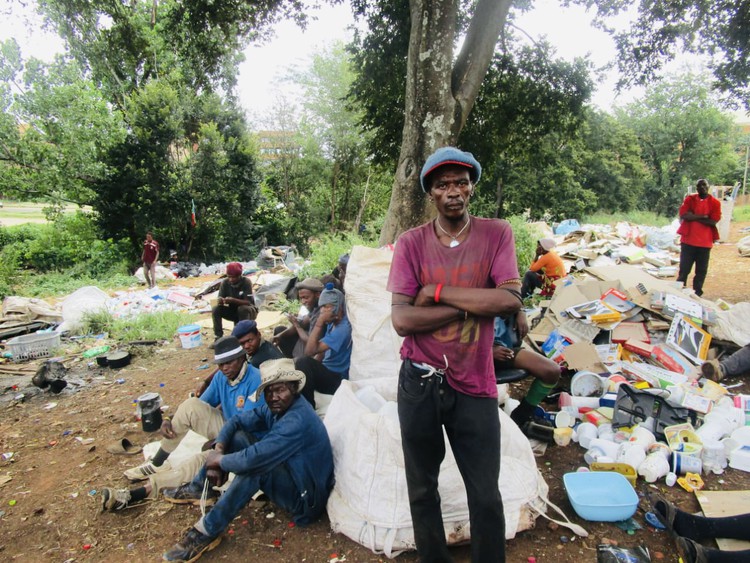 The City of Tshwane has warned Mahlomola Lefumenyane and other reclaimers not to sort and store their material opposite Centurion Hotel but they say they have nowhere else to go. Photos: Kimberly Mutandiro

Reclaimers recently evicted from the Lyttleton farm in Centurion now face another legal battle over new land they recently occupied to sort their recycling material.

Some of the occupiers, many of whom are from Lesotho, claim to have been on the private property, which they call Mushroomville, for about ten years.

Lawyers for Human Rights intervened when the City tried to evict the residents without having provided enough housing units for their relocation, as stated in a court order granted in June 2020. But the City complied weeks later and relocated about 200 people in December.

The City moved them to temporary accommodation in Sunderland Ridge. But after being told that they could not sort their material on the premises, the group took all their recyclables to the vacant space under the bridge along Lenchen Avenue opposite Centurion Hotel. The land belongs to the City of Tshwane.

To compensate the reclaimers for goods removed from the Mushroomville, most of the reclaimers were paid R2,000 each, but they said this was too little.

Last week, the City again confiscated their recyclables, though reclaimers accuse the City of only affording them a day’s notice to remove their goods.

Mohanoe Mohlomi is one of the reclaimers who have been sleeping at the recycling site under the bridge. He said he left Mushroomville in October to attend to a family emergency in Lesotho and when he returned, there was no space left for him at the relocation site in Sunderland Ridge.

“My wife and child will be coming from Lesotho soon and where will we live?” he asked. He said the City had taken the material which he had planned to sell. “It’s as if we are trapped in a cycle of endless suffering. Since when is it a crime to earn a living?”

Another reclaimer, Mahlomola Lefumenyane, said his family depends on the money he has been making from recycling for more than five years.

He said that he gave up his spot at the Sunderland site and has been sleeping with his recyclables to prevent the material from being stolen at night, though he lost most of his material during the City’s raid last week.

“We have suffered tremendous loss and a great deal of trauma from being forced away from our old homes. Now that we have moved onto new land to work, they keep confiscating our material. What do they want us to do?” asked Lefumenyane. He said he had not been able to pay school fees for his four children back in Lesotho.

Lawyers for Human Rights has condemned the City’s actions and plans to submit court papers in this regard. “By confiscating their material, the City of Tshwane is worsening an already devastating situation,” said attorney Louise du Plessis, who is representing the reclaimers.

She said the City should allocate space for the reclaimers to sort and store their material.

The City’s Sello Chipu said that the waste pickers had to adhere to the waste management bylaws. He said the land was not zoned for recycling.

But according to Nava Pillay from the City, officials are hosting talks with the waste pickers’ groups and the Tshwane Environmental Management division.

Pillay said a proposal is to be submitted by the end of February. 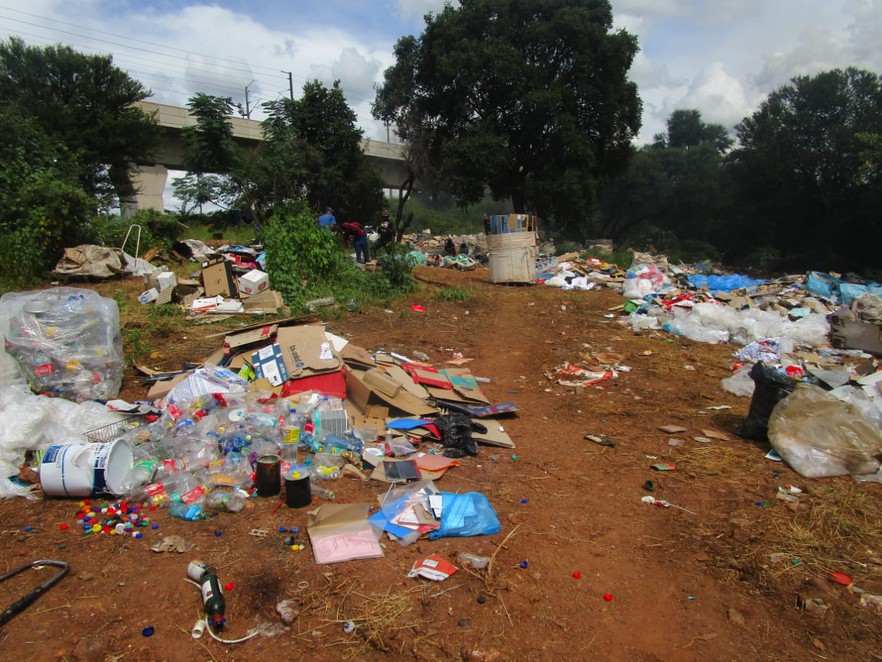 Next:  Australian mining company’s “SLAPP case” against its critics heads to Concourt