Paddling to progress: The Soweto Canoe and Recreation Club 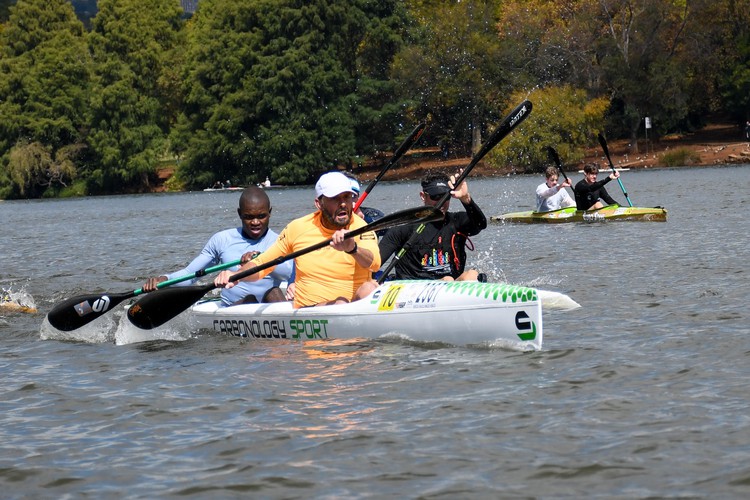 Twenty-year-old Zanentlantla Mbala joined the Soweto Canoe and Recreation Club nine years ago. At first he found the sport strange, but today he wonders what would have become of him without it.

Mbala is one of dozens of young people recruited to the club by other canoeists, who aim to provide Soweto youth not only with an opportunity to practise the sport, but also with educational and career support.

The club was founded in 2003 by frequent paddler Brad Fisher who noticed a lack of black athletes among Gauteng paddlers. Veteran paddler and club coach Nkosi Mzolo has been part of the club since he moved to Johannesburg from KwaZulu-Natal in 2006 in search of work. He was already a paddler in KZN, and the existence of the club was one of the reasons he chose Johannesburg.

Through the club, Mzolo got employment as a driver and received support for studies at the City of Johannesburg for Emergency Management Services where he has since qualified as a paramedic and firefighter rescue technician. “Because of paddling, I came to Joburg. I got my first job. I was able to study.”

Mzolo, who has represented South Africa at championships in Senegal and Ivory Coast, still trains every week but spends most of his time training others. The club has 62 members, all from Soweto, recruited through friends and community members.

Having moved from rural KZN just before he joined the club, Mbala had no idea what paddling was.

“I’d never seen the sport before. At first, I found it difficult, learning how to balance and the technique. I fell a lot but I never gave up. I fall today. Tomorrow, I come back again.”

Mbala finished matric last year and is studying for a diploma in transportation and logistics at the University of Johannesburg, through a sponsorship set up by the club. He says he doesn’t know if he would have finished school if he hadn’t joined the club.

“There are a lot of things that are happening where we stay. Sometimes you join, not because you want to, but because of the pressure. But with paddling, you don’t have time to do other stuff. The only thing you’re doing is paddling, studying, paddling, studying, checking on your family. It’s a simple life. It’s easier to live like that.”

“I’ve been wondering, if I had not had the chance to join this sport where I would be today.” 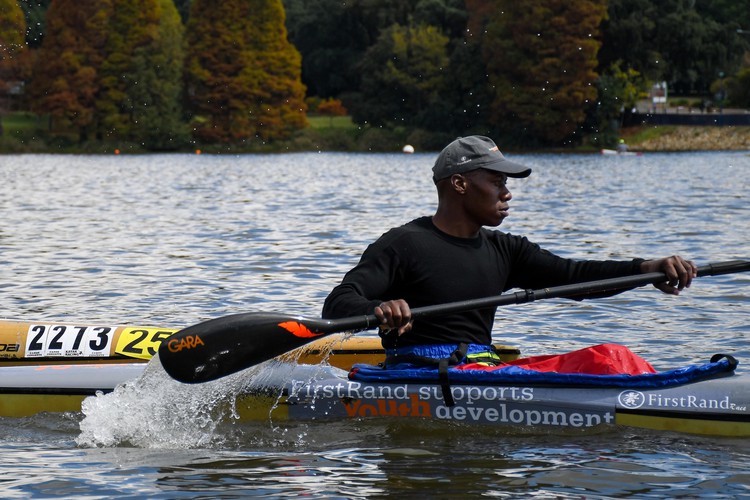 Mzolo says that the club aims to help people be independent and successful. A teaching programme operates from a learning centre in Soweto every afternoon where teachers come to help the children with specific subjects. While some members are busy training at Orlando Dam, others will be doing their homework in the learning centre. “Some of them don’t have lighting at home,” says Mzolo.

Training kit, travel costs, the 40 canoes, and food parcels for club members are sponsored by FirstRand and ADreach and Deltamune. Each food parcel lasts about two weeks, depending on the size of the member’s family. Mzolo says, “90% of them come from families where there’s no one working. They just depend on social grants. Most of them depend on those food parcels.” 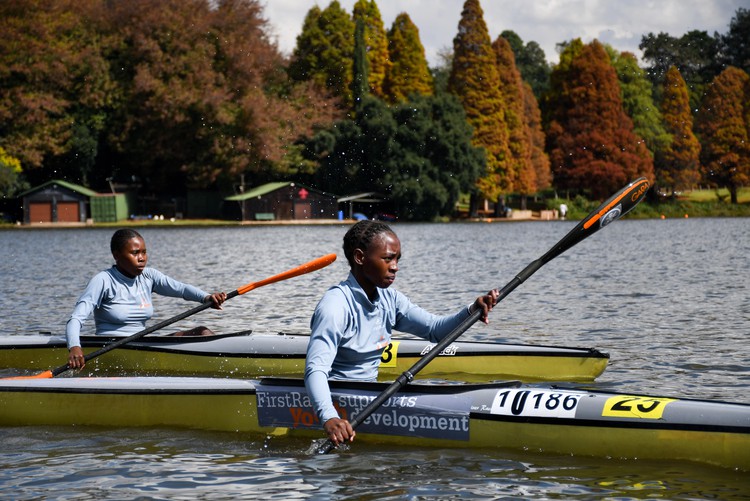 The members of the club train at Orlando Dam in Soweto during the week, but every Thursday and Sunday a shuttle takes them to Emmarentia Dam in the northern suburbs of Johannesburg to compete in a time trial with members of the Dabulamanzi Canoe Club, the biggest canoe club in South Africa with over 1,000 members. Club members also learn how to swim and complete their flat water proficiency test at Emmarentia Dam because Orlando Dam is too polluted.

“We as the club make it our responsibility to assist those who cannot swim,” says Mzolo. “We don’t put you in a canoe if you cannot swim.” Dabulamanzi sponsors dinner after the time trial.

Mbala, who earned a silver medal at the Dusi Canoe marathon in 2018, has done a coaching course and now teaches at the club. Like Mzolo, he wants to continue helping as many people as he can. 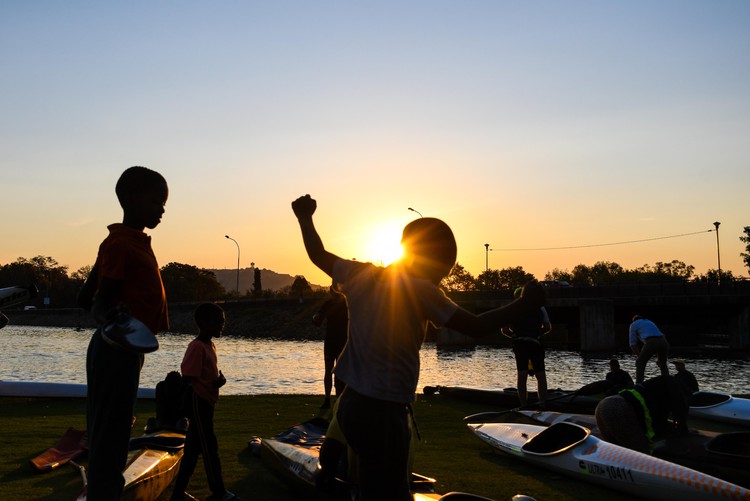 Next:  New Pretoria clinic is a case study in why many township projects fail

Previous:  Dozens march in Gugulethu demanding justice for woman murdered by her boyfriend