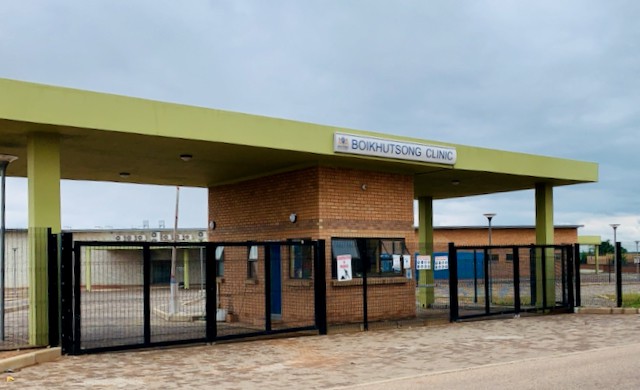 Construction of the New Boikhutsong Clinic in Soshanguve started in May 2017. It is still not open. Photos: Mosima Rafapa 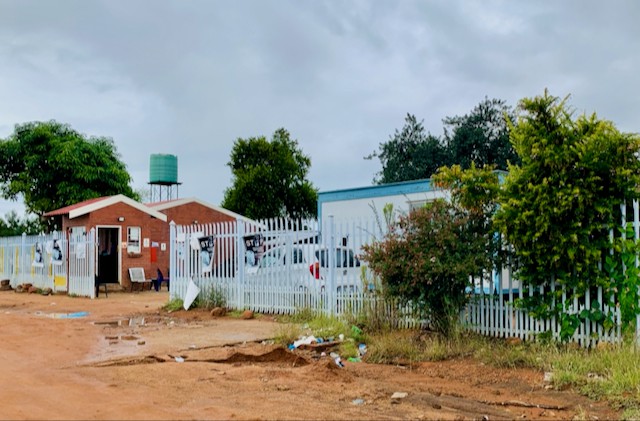 The old but still used clinic in Soshanguve was earlier this year found to be non-compliant by occupational health and safety regulators.

Residents in Soshanguve and Hammanskraal in Pretoria are frustrated that two newly-built clinics are taking years to open.

In the meantime, residents are struggling to access health services and many are having to pay for taxis to go to clinics further afield.

Construction of the New Boikhutsong Clinic in Soshanguve started in May 2017 and was meant to be completed in 2018. There is a building but GroundUp saw construction vehicles still on site last week.

Spokesperson for the Gauteng Department of Infrastructure Development Bongiwe Gambu said the anticipated date of opening is now the end of March. She blamed issues around land acquisition and red tape.

In November 2021, during a protest by the Democratic Nursing Organisation of South Africa (DENOSA), the chairperson of the Boikhutsong clinic committee Tebogo Mokonyane demanded that the clinic be opened by February 2022.

The old — but still used — clinic, within walking distance of the new clinic, is in a building donated “by a white couple in 1994” according to Mokonyane. “It used to be sort of a resort, hence the rondavel that serves as our filing room,” he explained.

He said the clinic serves many areas and informal settlements and cannot cope. “Our patients are forced to queue outside when it rains or in the scorching sun,” he said.

GroundUp spoke to Dorah Magano, who said she had arrived at 6:50am and had still not been helped by 1pm. “I haven’t eaten anything and I’m on chronic medication,” she said.

Frans Baloyi, clinician and acting manager at Boikhutsong clinic, said, “The clinic was earlier this year found to be non-compliant by occupational health and safety regulators … The rooms are small; there’s so much congestion; there’s no proper ventilation. The air-conditioning units are dysfunctional. One of the consulting rooms has been partitioned into two. It serves as an emergency room and for family planning. It is so hot that nurses and patients are feeling serious discomfort.” 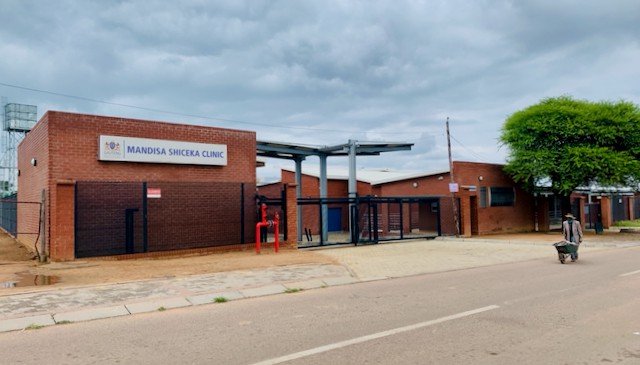 The Mandisa Shiceka Clinic in Hammanskraal also remains closed even though it was built years ago. 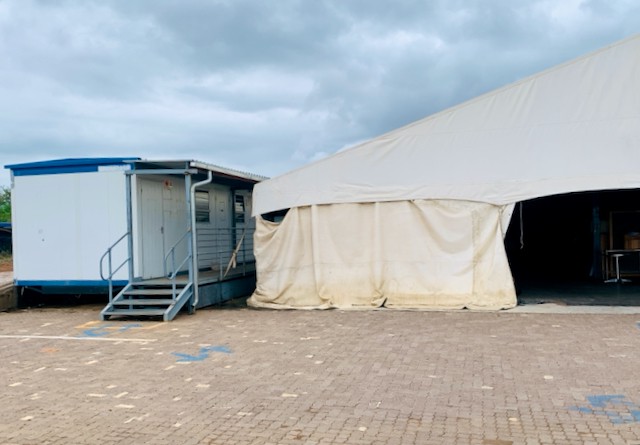 The “temporary clinic” in Mandela village, Hammanskraal, Pretoria, now only issues chronic medication. The old clinic was demolished before the new one was built.

The Mandisa Shiceka Clinic in Hammanskraal also remains closed even though construction started in 2017 and was completed in 2019. Efforts to get a response from Gambu as to why this was the case were unsuccessful, but Ward 49 Councillor Adam Mashapa (ANC) said the delays were also caused by problems with land acquisition from the City.

GroundUp met a staff member who said the old clinic was demolished before the new clinic was even built. Then prefab containers had to be brought in and a large tent. The staff member said it had been chaotic.

This prefab/tent clinic mostly stopped operating in June 2021, with most patients transferred to other facilities. The tent clinic now only provides chronic medication and mental health services.

There is a doctor who is assessing chronic patients and renewing their expired scripts, according to Kwara Kekana, spokesperson for Gauteng Department of Health MEC Dr Nomathemba Mokgethi.

Kekana said the clinic was closed because the temporary structures could no longer safely accommodate the number of patients.

“Plans to open the new facility are at an advanced stage and will be shared with the community once concluded, in the near future,” said Kekana.

Next:  Stand-off at River Club between opposing First Nations groups