More than 100 families at Paradise Park in Hermanus to be evicted, as judge dismisses appeal application 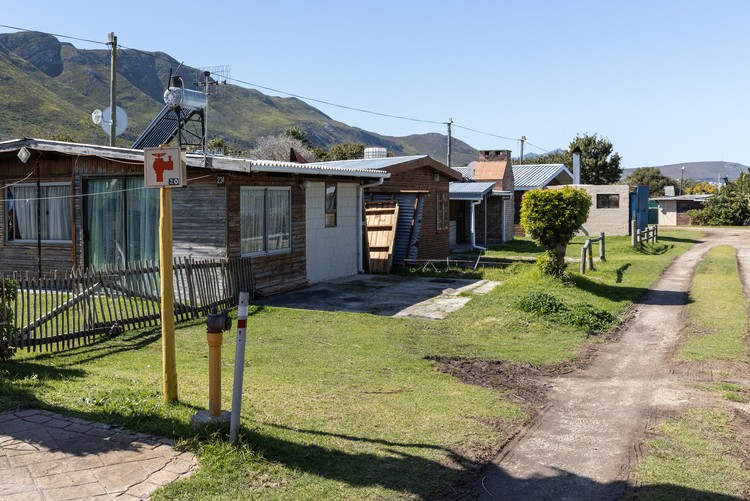 Residents of Paradise Park, near Hermanus, have been resisting eviction for seven years. But on Thursday, the Western Cape High Court dismissed the residents’ leave to appeal their eviction orders. Photo: Ashraf Hendricks

Over 100 families living in Paradise Park, Hermanus, are set to be evicted after their applications for leave to appeal were dismissed by the Western Cape High Court.

On Thursday, Judge Andre Le Grange in the Western Cape High Court dismissed two applications by Paradise Park residents, one for leave to appeal their eviction, and another to appeal the recusal application against the judge.

Residents have been resisting attempts to evict them for seven years, but Thursday’s order may signal that their place in Paradise is lost.

Located off the R44 in Vermont, Paradise Park is home to more than 100 people who are mostly pensioners and social grant beneficiaries. Some people have been living in Paradise Park for forty years, others for as little as two years.

At the start of the eviction proceedings, the park had 295 homes: some permanently occupied and some occupied on a semi-permanent basis.

The residents were served eviction notices in 2015 but engaged the owner in a legal battle for their homes. According to Le Grange’s April ruling which confirmed the eviction orders against the residents, the previous owner, Raymond Schonegeval, suffered financial difficulties after engaging in court battles with the Overberg Municipality over compliance fees.

Schonegeval then sold the 22-hectare private park to a developer in 2017, who persisted with the evictions.

Although some residents vacated the premises, the majority refused to leave. They maintained that they had entered into verbal lifelong lease agreements with Schonegeval, while others said they bought houses at the park.

The eviction matter was postponed several times as the parties tried to reach a settlement agreement.

In the ruling handed down on Thursday, Judge Le Grange described granting a series of postponements for the residents after their chosen legal representative, Paul Sharuh of Sharuh Attorneys, repeatedly failed to appear before the court.

The appeal applications were initially to be heard on 10 October at the Western Cape High Court, however Sharuh failed to appear. Judge Le Grange granted a postponement to the following week and explained that the residents needed to find different legal representation if Sharuh was still unavailable on the next date.

Sharuh again failed to appear at the hearing on 18 October. Judge Le Grange said it was “disturbing” that the residents of Paradise Park insist on using Sharuh’s services, “at great costs”, when they had previously been offered pro bono representation by a large law firm. Judge Le Grange said that “no legitimate reason” was given why the residents did not use another lawyer.

“It has now become manifestly clear that the occupiers’ main objective is to unduly delay these proceedings,” wrote Judge Le Grange.

According to Judge Le Grange, resident Hermanus Pieterse, who brought the recusal application, previously applied to have direct access to the Constitutional Court regarding this case; his application was dismissed on 5 August.

Judge Le Grange dismissed the recusal application against him with costs, while the application for leave to appeal the eviction order was dismissed without costs.

The Overberg Municipality, which is listed as a respondent in the eviction order application, says it has offered temporary relocation units within the Stanford Housing Development — about 30 kilometres from Paradise Park.

All other evictees will be offered the opportunity to temporarily be accommodated in Hawston Thusong Hall, the municipality said, adding that they will provide transport where required, from Paradise Park to the emergency housing site.

An earlier version of this article incorrectly identified Hermanus Pieterse as Hermanus Pretorius.

Next:  Judge “unscrambles an egg”: 20 years of property sales reversed