Lottery swindle: the story so far

Investigations have revealed years of looting 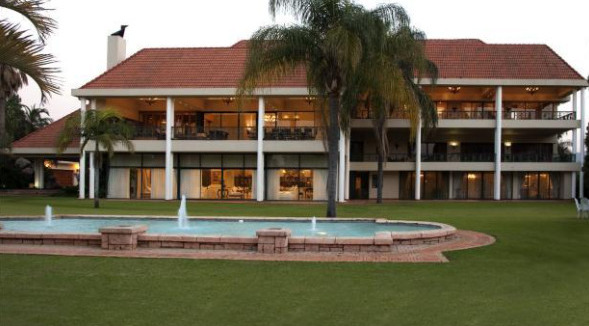 A photo of the former National Lotteries Commission (NLC) board chair Alfred Nevhutanda’s house taken from an estate agent’s advert. (Copied for fair use)

Luxury homes in gated security estates; a mansion with two house-size “guest cottages” in a rural village; a home in an exclusive golf estate; and a R27-million house on its own private two-hectare suburban property.

All but one of these are the homes of executive members of the National Lotteries Commission (NLC) or former members of its board. The other belongs to an attorney who controls several non-profit companies that have received millions in Lottery grants.

The money to pay for all these houses, in part or in full, was diverted from Lottery grants intended for good causes such as old age homes, drug rehabilitation centres and sports facilities.

GroundUp’s investigation into the Lottery since 2018 has revealed that despite hundreds of millions of rands being granted by the NLC in 2017 and 2018 to build six old age homes and four drug rehabilitation centres, most of them in far-flung rural areas, none are operational.

Complex networks of corruption, hijacked and dormant companies, or shelf companies set up for this purpose, have been used to launder looted Lottery money.

Homes paid for with Lottery money include:

GroundUp also revealed how law firm Ndobela Lamola Inc, of which Justice Minister Ronald Lamola was formerly a director, bungled three investigations that cleared Letwaba of nepotism in connection with dodgy Lotteries grants. Ndobela Lamola Inc refused to say how much they were paid for the reports, but the firm received R19-million in fees for work done for the NLC between 2016 and 2020.

Corruption involving Lottery funding is nothing new, but it increased dramatically after a 2015 amendment to the Lotteries Act introduced a new concept known as “proactive” funding.

Until then, grants were application-driven. But the amendment allowed the NLC to “conduct research on worthy good causes that may be funded without an application”.

Up to 10 percent of the average annual R1.5-billion from the sale of Lottery tickets earmarked for “good causes” is distributed in this way, opening the floodgates to the looting of the Lottery, as GroundUp has revealed in story after story.

Four-and-a-half years after GroundUp began investigating the NLC, the extent of the corruption is finally out in the open. 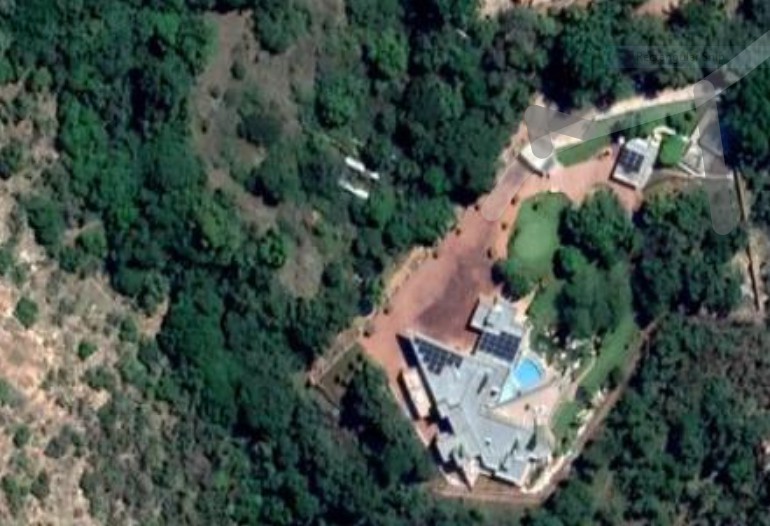 Google satellite view of a luxury house in North West for former NLC board member William Huma, which was partly paid with money that was supposed to be used to build an old age home. Image from Google Maps

In November 2020, President Cyril Ramaphosa issued a proclamation authorising the SIU to investigate NLC corruption. Soon afterwards, the SIU raided the NLC’s Pretoria offices and seized computers and documents. They also raided the NLC’s Kimberley offices and have successfully applied to the Special Tribunal to have Nevhutanda’s house frozen. The Tribunal also froze the assets of several people, non-profit companies, and a private company involved in building an athletics track in Kimberly with a multimillion-rand grant.

Reporting to Parliament on the SIU investigation in June, head Andy Mothibi described fraud, money laundering and networks of corruption involving a senior member of the National Lotteries Commission (NLC), his family, and two former board members and hijacked non-profit companies and shelf companies.

In another significant move, Trade, Industry and Competition minister Ebrahim Patel, who has oversight of the NLC, appointed consultants to investigate and make recommendations on changes to the Lotteries Act to fight corruption.

At least a dozen of the SIU’s corruption investigations are complete and will come before the Tribunal within the next few months.

Next:  When a car is your only home