Judge reprimands ministers of police and defence for “lockdown brutality” 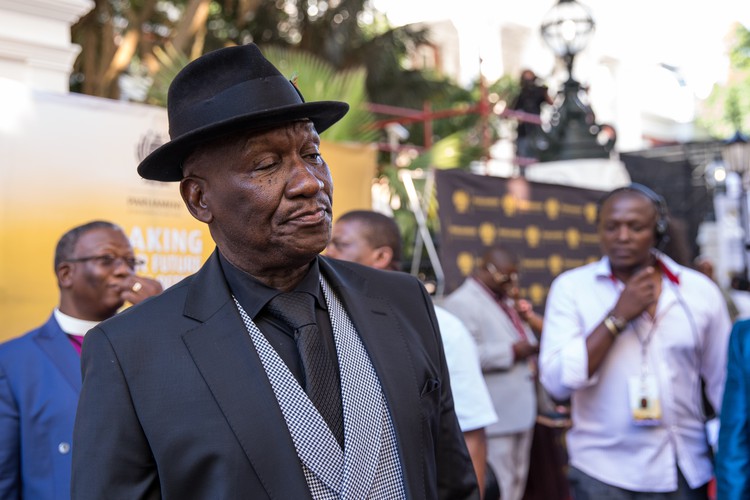 The Pretoria High Court has sent a strong message to law enforcement officers and rapped the Ministers of Police and Defence over the knuckles. In a ruling on Friday, the court confirmed the constitutional rights of all South Africans and directed that there must be compliance with the Bill of Rights and international conventions against torture during the Covid-19 lockdown.

The ruling, handed down on Friday, is a victory for the family of Khosa, who died after being tortured by soldiers at his home on 10 April. They sought court protection on behalf of all victims of what they labelled “lockdown brutality”.

Through their attorney, Wikus Steyl, they initially applied for direct access to the Constitutional Court but this was denied, and the urgent application, opposed by all the respondents including the ministers of police and defence, was argued last week.

The upshot of the opposition was that there was no need for the court to get involved. They had issued the necessary instructions to their members and investigations into Khosa’s death, and any other complaints, were in hand and underway.

The judge said the application was “unusual in nature because on first reading it only seeks me to restate the law”.

“But in law, context is everything,” he said.

He said the populace must be able to trust the government. In return, the government could justifiably expect citizens to cooperate. This, he said, was a social contract which would contain the spread of the virus.

He said there was agreement during the hearing that there existed a large measure of distrust between citizens and the government, with people fearful of how they are being treated, how the virus will impact on them, and of what will happen, especially economically, with food shortages and job losses.

And it was in this light, that the application needed to be viewed, as well as the fact that while all players in this court action were supportive of the lockdown, people were entitled to be treated with human dignity and in accordance with their rights.

“These rights have been curtailed substantially and have negatively affected just about everyone. It is apparent from newspaper reports that almost 20,000 people on Day 42 of the lockdown had been made criminals. “The consequences have perhaps not been sensibly considered,” said the judge. He suggested that it may have been better to give an administrative fine to people who broke lockdown regulations, that could be paid to the Solidarity Fund.

The judge said there was “no general licence” for members of the SANDF and SAPS to use force and, in fact, when dealing with poor, weak, hungry and desperate people, even more restraint was required.

While the ministers had stated there was adequate training and instruction, “even on their own version, this is inadequate and we have seen the result in the streets”.

Regarding directives issued to soldiers of “Charlie Company”, deployed to Alexandra, he said Khosa’s family submitted they were couched in the form of a “military combat engagement against hostile forces”.

It stated that there would be resistance from some residents and they “must expect to overcome this”. The directive instructed commanders to “allow harsh measures of the law to take course”, to “find, fix and neutralise non-compliers”.

“It is clear that by standing up for himself and insisting on being treated as a normal human being, Mr Khosa had become one of these non-compliers that Charlie Company had to neutralise,” Judge Fabricius said.

“The Defence Minister has spoken with a ‘forked tongue’ as it was put and issued mixed messages,” he said, referring to her saying that “skop, skiet en donder” would be used when circumstances demanded it.

“In her affidavit, she did not explain what those circumstances would be.”

The police, the judge said, had not put up any factual material to support the sweeping statement that there was no need for the court to intervene.

With regards to a comment by police minister Bheki Cele that “SAPS will destroy the infrastructure where liquor is sold”, the commissioner had responded that he was speaking figuratively, or just joking.

“If he was not speaking literally, he was being extremely irresponsible and would have had no way of knowing or ensuring that SAPS members would not take these comments literally or seriously,” the judge said.

He said the fact that his order may “deflate some egos” was of no concern to him.

He said while South Africa had ratified the UN Convention against Torture, it was clear that the country’s current investigative bodies did not have the capacity to perform the requisite “prompt and impartial” investigation.

“The present case seems to bear this out. Not one of the state agencies medically examined Mr Khosa or interviewed witnesses until after this court hearing,” he said.

Previous:  Auditor-General should oversee billions in the Covid-19 Solidarity Fund