Hydrogen is a useful substitute for fossil fuels, but new research shows leakages can be very damaging to the environment 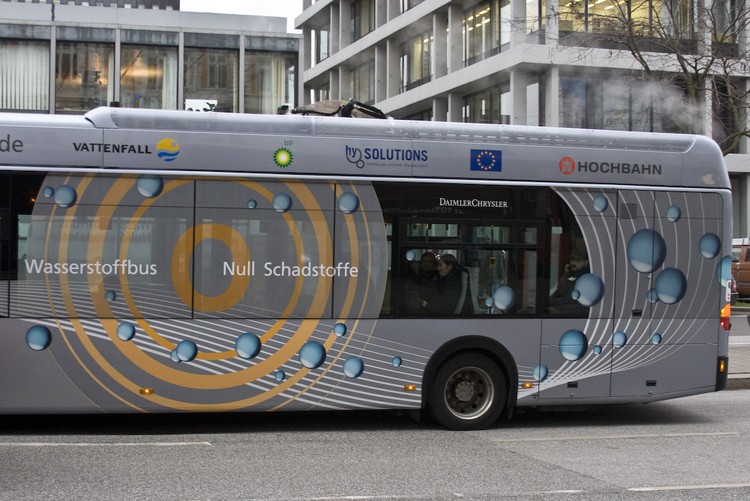 South Africa has announced sweeping plans to develop its hydrogen industry, positioning itself to become a global hydrogen hub. But new research suggests that leaked hydrogen gas - and leaks are inevitable - has a far greater “greenhouse” effect than was thought. This means we should be very careful about where and how we use hydrogen.

In his 2022 State of the Nation address, Cyril Ramaphosa announced R270-billion for the development of a hydrogen pipeline. Shortly after, Blade Nzimande, Minister of Higher Education, Science and Innovation, launched South Africa’s Hydrogen Society Roadmap, which proposes that hydrogen be used throughout the economy, from heavy industry to shipping and aviation, and even for personal and public transport.

The private sector has followed the government, with Anglo-American unveiling a mine truck powered by hydrogen produced by electrolysis from solar power.

The switch to hydrogen will not be simple. Hydrogen industry requires extreme storage conditions, and each step of its production and use introduces energy inefficiencies. It remains to be seen if hydrogen will be more efficient and cost-effective than other ways of generating electricity from renewable sources.

But there is another mounting concern about hydrogen’s widespread use: its global heating effect.

Now, in recent research commissioned by the UK government, researchers from the universities of Cambridge and Reading have re-examined hydrogen’s greenhouse gas effects. The researchers factored in layers of the atmosphere that had not previously been considered. They found that hydrogen’s Global Warming Potential (or GWP) is more than double previous calculations.

Global Warming Potential is a ratio of a gas’s global warming effects to those of an equivalent mass of carbon dioxide (CO2). Hydrogen’s GWP-20 - its effect over 20 years - is now estimated at 33, with a range between 20 and 44. This means that over the course of the next 20 years, each ton of hydrogen that enters the atmosphere will cause approximately 33 times as much global warming as each ton of CO2. Over a time period of 100 years, hydrogen’s GWP-100 ranges between 6 and 16. Different greenhouse gases exert their effects over different time periods.

This alarming statistic suggests that we should re-examine some of our plans for using hydrogen as a means of replacing fossil fuels.

Hydrogen leaks are not the same as fossil fuel emissions. Hydrogen is expensive, so producers have an incentive to keep leakage as low as possible. By contrast, every time we burn fossil fuel, CO2 is emitted.

But hydrogen is an escape artist. It is a tiny molecule which can get through all kinds of materials that would be considered airtight. Some leakage is unavoidable in all applications. Hydrogen can pass - though slowly - even through solid steel. It can be leaked through imperfectly sealed or damaged equipment, released as waste gas, released during the shutdown or startup of a plant.

Different industries have different leakage rates, and rates are affected by the scale of the operation, duration of storage, and piping distance. As equipment ages, leakage rates worsen.

The rule of thumb across industry is that leakage tends to be somewhere between 1% and 10%. Currently, hydrogen is seldom stored for long or piped over long distances, and when it is stored it is on a very large scale, in tightly managed or industrial settings at the upper end of technical expertise.

But there are some applications of hydrogen where leakage is more likely. The Hydrogen Society Roadmap proposes that hydrogen should be used for long-term energy storage, exported by boat, piped long-distance across South Africa, and used to power vehicles.

Many of these uses could result in leakage rates far higher than industry norms, so 10% could be a conservative estimate of the overall leakage in the hydrogen economy as described in the Hydrogen Society Roadmap. Progress towards reducing leaks will likely be gradual - we have been trying to minimise gas leakage in industry for almost two centuries, so there will be no sudden technological leap forward.

So how much global warming would our hydrogen economy be causing, and are there alternatives we should rather prioritise?

How should we use hydrogen?

This means we should be highly selective about where we use hydrogen.

Retail or household scale applications of hydrogen would require complex infrastructure that would leak at distressing rates, exacerbated by the need for storage at several points.

As a result, these applications might heat the planet almost as much as the fossil fuels they are replacing, and should not be considered environmentally-friendly, even if they are carbon free.

Industrial-scale applications for hydrogen that require storage and long-range distribution are more feasible, but will still have global warming effects that are not insignificant. These should be considered as a last resort, to be used when feasible alternatives are not available, and with careful consideration of leakage rates. In cases where hydrogen use is unavoidable, it should be produced on-site and used directly to minimise leakage.

This depends on the specific uses of hydrogen. But we can get an idea of a 20-year global warming effect compared to the tailpipe CO2 emissions associated with standard fossil fuels, namely coal, methane and diesel fuel. The results of a simple calculation for a molecule of each fuel is shown below.

The values in this table are a major simplification. For the fossil fuels, the GWP includes only the direct tailpipe CO2 emissions, not the overall emissions for the full supply chain. All three fossil fuels have additional emissions throughout their supply chains as well as some methane leakages at their points of extraction and a swathe of other environmental effects.

On the other side of the equation, the calculation for hydrogen only includes leakage, and omits the source of energy used for manufacturing. So, this number is applicable only for the idealised scenario where hydrogen is produced entirely from renewables, which will not be the case for the foreseeable future.

Currently, virtually all of South Africa’s hydrogen is considered to be “grey” - produced from fossil fuels without carbon capture. The roadmap plans a gradual transition, first to “blue” hydrogen, which is produced from fossil fuels but with carbon capture, and then only much later to predominantly “green” hydrogen. The carbon capture processes for blue hydrogen involve additional energy-intensive industrial processes, and do not capture all CO2 produced, so blue hydrogen has a global warming footprint considerably higher than shown in the comparison above.

Regardless of the simplifications, the above calculations show that the cleanness of hydrogen as a fuel doesn’t just depend on how it is made, but also on how it is used.

Next:  Lotteries executive was paid almost R1-million as a “performance bonus” – but he wasn’t even at work

Previous:  Only South Africans and permanent residents may be lawyers, Concourt rules