Where are children playing this December?

A photo essay and reflection 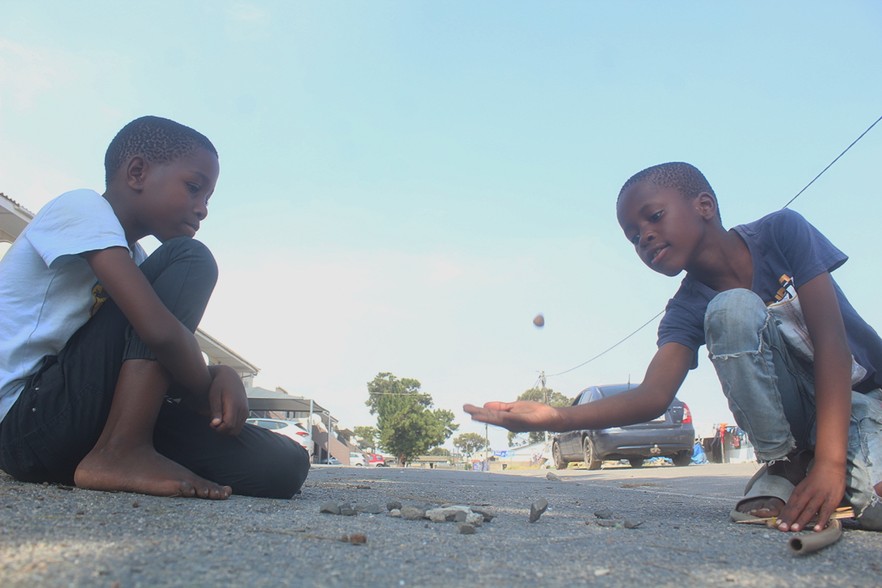 Vuyolwethu and Akhona Mtungwa playing putsa, a game like Jacks, where you must throw a stone in the air and pick up as many stones as you can from the ground. In Happy Valley, Blackheath.

After taking these photographs, he reflected on the assignment. 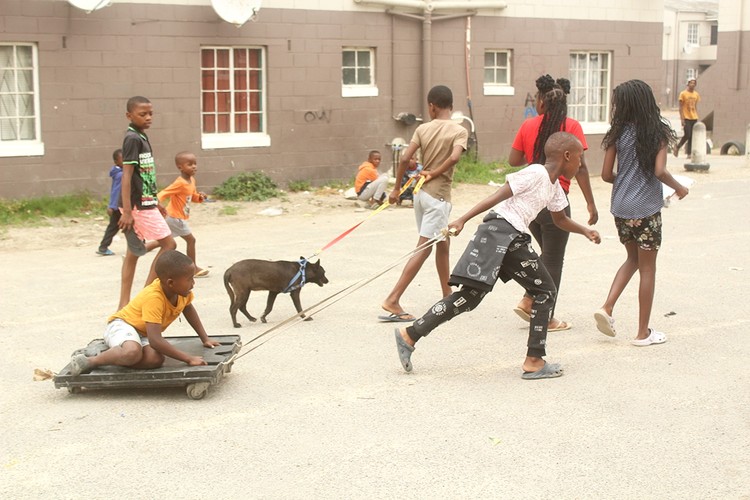 A group of children taking a dog for a walk to attend a mobile animal clinic, in New Beginnings (also known as Nuwe Begin) in Blue Downs.

Everywhere you go, children gather in groups and play. Everywhere, running, playing. Even in town, kids don’t remain by themselves. But it became evident that in townships, kids will gather by themselves, not attended by parents or guardians.

Noticing that, I realised that there’s not much time for people living in townships to spend with their kids because they have more serious things to attend to or they’re too tired. There’s just more time for people who are in the wealthier suburbs. 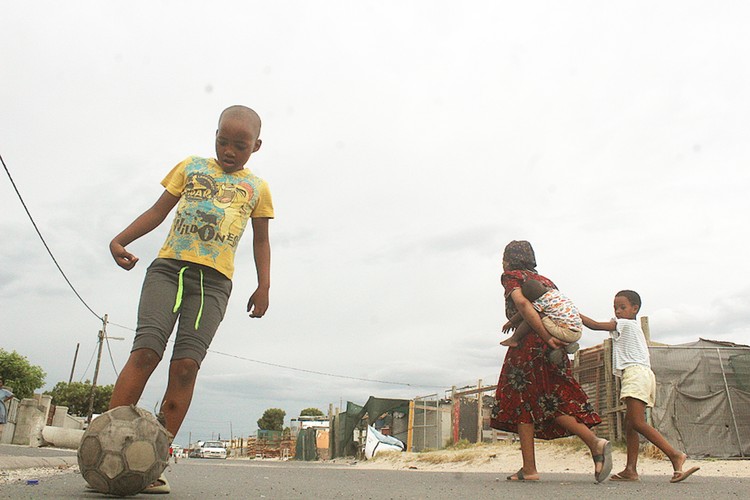 Penny plays football on the street in Mfuleni.

I was born and raised in Mfuleni. As a child, I would go out with friends to a place like a nearby river or open field, without telling our parents or big brothers. We would go out to play as a group and come back together.

We would go play on the sand dunes in the nature reserve, running up the sand and racing down. We explored and would be shocked when we found insects and big spiders. We were oblivious to any harm without someone older looking after us.

There was a river where the older kids played, and we would follow and watch how they swam. But this kid, my friend, went alone and waded into the deep part, and was taken by the water. He didn’t know it wasn’t a safe space, since there was nobody supervising. 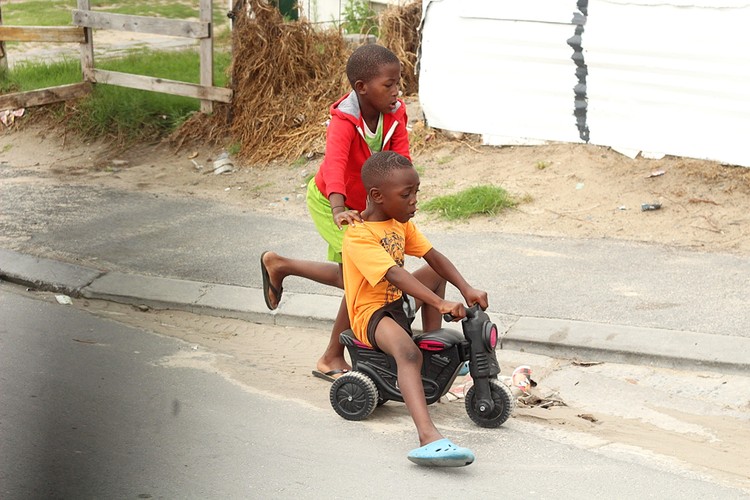 Likhona, in the red top, and Vuyolwethu ride in a motorbike in Khayelitsha Site C.

I have two boys, aged three and seven. We go to the playpark to mingle with other kids or I let them play on the street in front of my house while I keep an eye on them. They decide how they want to play, but I always want to see, in case I need to intervene. I don’t want to decide who they play with - let the kids decide. As I watch, I learn more about them and see how they operate.

Where we live, it’s not the usual thing for parents to go to the park and play with their kids. Uptown, they arrange to meet as friends and bring all the kids together, but the culture is not really the same for us. 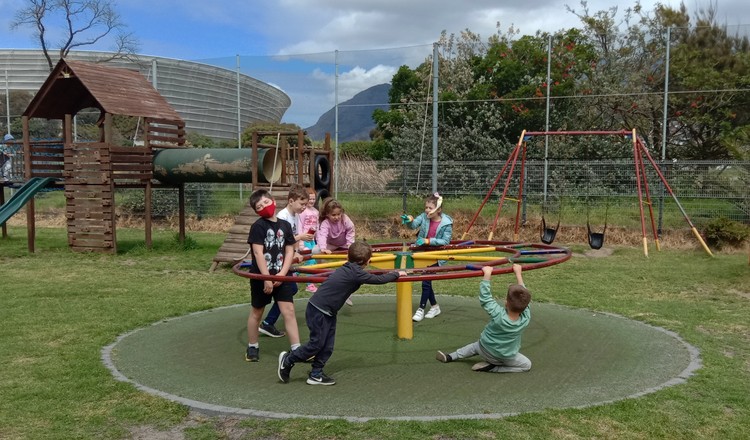 Children spin around at the Green Point Park.

The spaces to play

It was very hot in Cape Town while I was taking these photos. I went in the early morning since the sun is not as harsh, but later in the day, it was too hot for kids to play with water and splash around. But it was different in Sea Point. The kids were on the beach, happy to play in a cooler environment.

The parks in Mfuleni and New Beginnings were ruined. The equipment was vandalised, the fencing cut away and sold to people for their own fences. In general, in townships, you will see parks without fences or swings, items missing or vandalised, and beer bottles everywhere. It’s not safe. 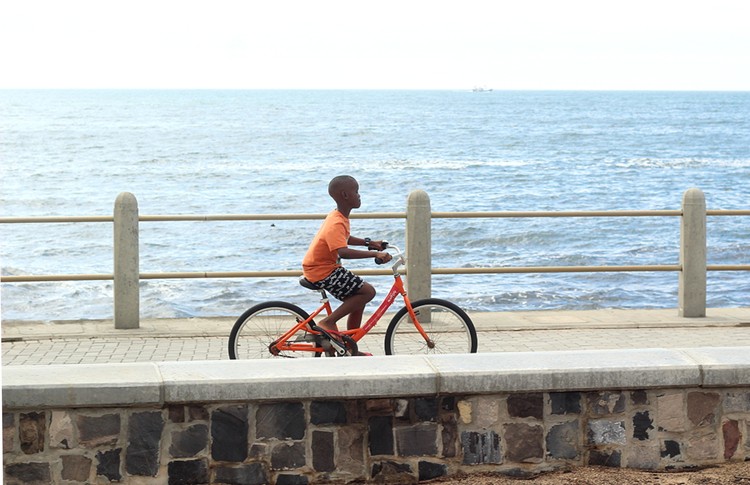 A boy takes a ride along the promenade at Three Anchor Bay.

Sometimes children fight. Parents will notice and come to defend their own, and maybe shout at each other.

But even an hour later, these same kids will be playing together again, having forgotten all about their fight, while the parents will still be looking at each other, red-eyed.

Kids hold no grudges. They always fight, they always make up by playing. 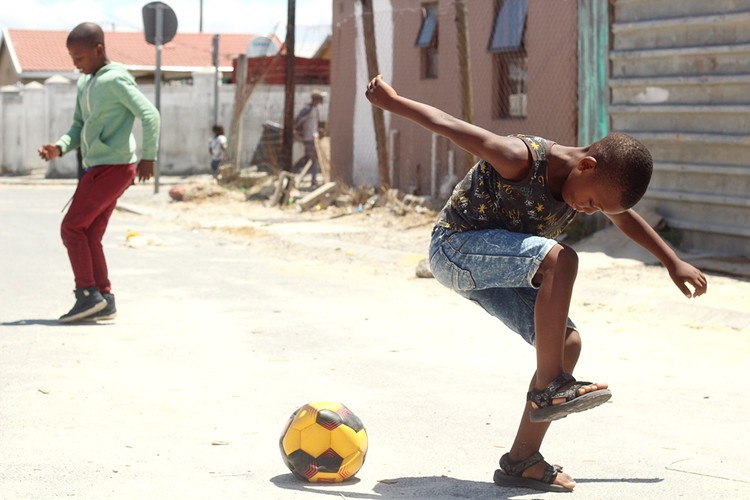 Previous:  The most borrowed books from five Cape Town libraries