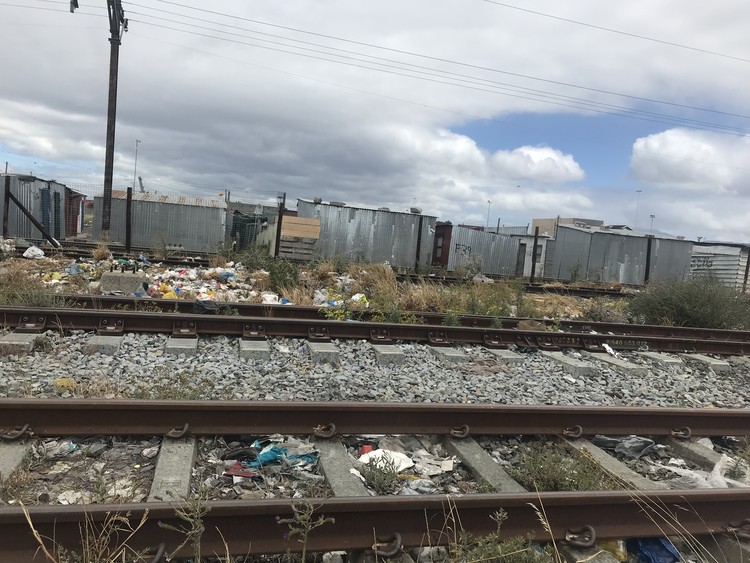 Shacks built by Siyahlala informal settlement residents on the railway line in Langa, Cape Town are yet to relocated. Photo: Tariro Washinyira

The Passenger Rail Agency of South Africa (PRASA) says the Central Line between Philippi, Mitchells Plain and Khayelitsha will not be up and running by December, in spite of promises by Transport Minister Fikile Mbalula.

Mbalula had said the line, which had been severely vandalised, would be fully operational by the end of the year.

But in response to several questions at the weekend, PRASA spokesperson Zinobulali Mihi told GroundUp: “the deadline is not going to be met”.

Mihi said shack dwellers living on the railway reserve in Langa, Philippi and Khayelitsha are to be relocated so that infrastructure can be replaced and repaired to allow the train service to resume. But this has not yet happened.

A trail of broken promises

The Central Line, once the busiest line in Cape Town, ground to a halt in October 2019. Then, during lockdown in 2020 and 2021, infrastructure was stolen and badly vandalised. Informal settlements started moving onto the rail reserve and in some cases, shacks were built on the tracks.

In August 2020, Metrorail told GroundUp that there was no date for restoration of the Central Line because damage to the line through theft and vandalism was “significant and extensive”.

In February 2021, the Central Line started operating again but only between Cape Town and Langa. On 8 March 2021, Mbalula, responding to GroundUp’s questions, said the Central Line would be fully operational by the end of 2021. This message was reiterated on 31 March by PRASA Chairperson Leonard Ramatlakane.

Ramatlakane was more ambitious speaking to SABC on 9 June, saying that the line would be running by November 2021. 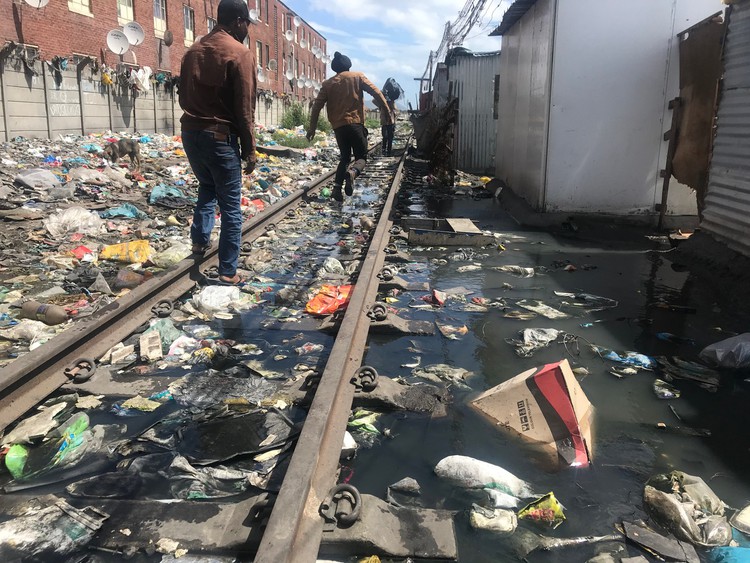 Some Siyahlala shacks on the railway line in Langa. Archive photo: Tariro Washinyira

In September 2021, PRASA said it was working towards a December 2022 deadline for the full resumption of services, depending on the relocation of hundreds of shack dwellers.

On 8 September 2022, Mbalula again said that government was sticking to its December deadline. At the time he was speaking to leaders from informal settlements on railway reserves in Langa, Philippi and Khayelitsha. The leaders were asked to sign an agreement about their relocation.

The Housing Development Agency, the implementing agent, said the Siyahlala group living on the Langa railway would be moving to Philippi and land was being sought for shack dwellers in Philippi and Khayelitsha “before the end of the year”.

All these deadlines came and went, without clear admission by officials that they had missed deadlines. Many commuters remained sceptical due to the widespread theft and destruction of infrastructure on the line.

Families living on Langa track waiting to be moved

Alex Phindani has lived in Siyahlala in Langa for more than ten years. He says shack dwellers are not happy that the relocation process is in limbo.

“We would be glad to move out of here. Soon it will be Christmas and I don’t see us moving from here. They are going to postpone again,” he said.

Phindani said they had been told by community leaders that families would be moved at the end of November. “I was very happy to hear that land was found for us because this place is not safe for our children. We have no water, electricity or toilets. There are electrical wires everywhere, and it is dangerous,” he said.

Community leader in Siyahlala, Xolisa Silemela, said things had been progressing smoothly after they were shown the land in Philippi and signed the Social Compact agreement with Mbalula in September.

The City of Cape Town and the Housing Development Agency have blamed each other for the delays. 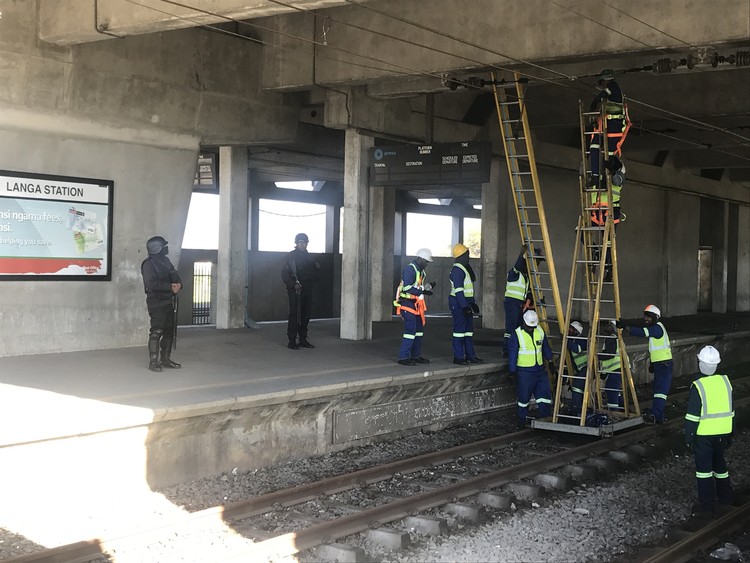 In a media statement on 25 November 2022, the City said PRASA and the Housing Development Agency had asked the municipality to approve its application to relocate the occupants, on a temporary and emergency basis. However, the City said that the proposal submitted by PRASA and HDA “does not meet the requirements”.

“There is currently no indication of how the provision of ongoing basic services will be financed on the proposed relocation site,” the City said.

In response to the City’s remarks, the Housing Development Agency told GroundUp that the City had accepted that the process would take place in two stages: a temporary relocation and then a normal rezoning. The agency said that the City had sent no feedback on the progress of its application “This is a rather worrisome response to a process tabled as an emergency.”