Families struggle to rebuild their homes after Khayelitsha fire

“People were crying, some were running up and down, and others just stood there in shock” says fire victim 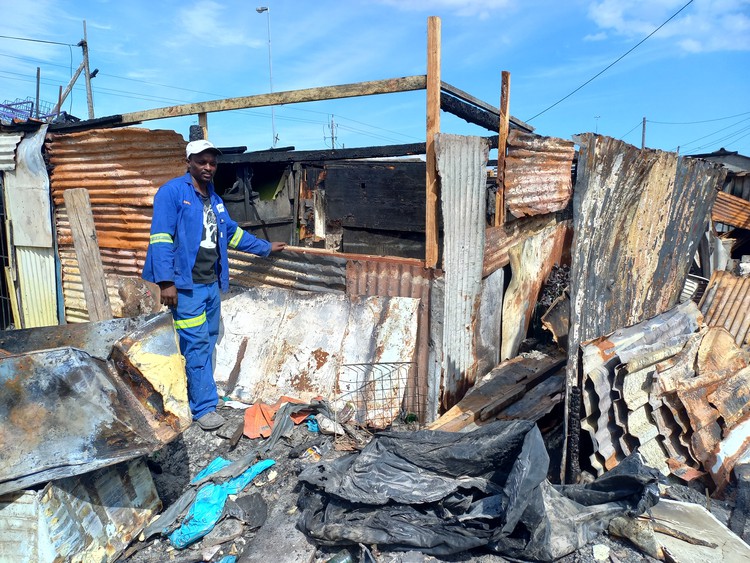 Khunjulwe Vazi’s home was among over a dozen other shacks that were gutted by a fire at MC Section in Site B, Khayelitsha on Saturday. “I was so emotional and worried about whether my children and family were fine,” he said. Photos: Marecia Damons

Nearly a week after shacks burnt down in MC Section in Site B, Khayelitsha, about 60 people affected by the fire are still struggling to rebuild their homes and lives

According to Jermaine Carelse, spokesperson for City Fire and Rescue Service, several crews from different areas helped douse the fire in Buyani Crescent, Nonquebela on Saturday. No injuries were reported and the cause of the fire is yet to be determined.

Community leader Khunjulwe Vazi said some of the affected families are being housed at a local creche while others have found shelter with friends in the area.

When we visited earlier this week, residents were still searching through charred belongings and some had started rebuilding their homes.

“I just stood there watching it burn down. There was nothing I could do. I could save nothing, not even a spoon,” said resident Richman Sokupa, who lost his belongings in the fire.

“This is a painful experience,” said Sokupa who now only has the clothes he had on when he left for work on Saturday. He currently sleeps at the creche with his three children and other families.

Fiskiwe Siximba said she only managed to run out of her shack with her ID book. “The wind was very strong. People were crying, some were running up and down, and others just stood there in shock,” she said.

Disaster Risk Management spokesperson Charlotte Powell said SASSA has been informed to provide humanitarian relief to the affected residents. SASSA did not respond to questions by the time of publication. 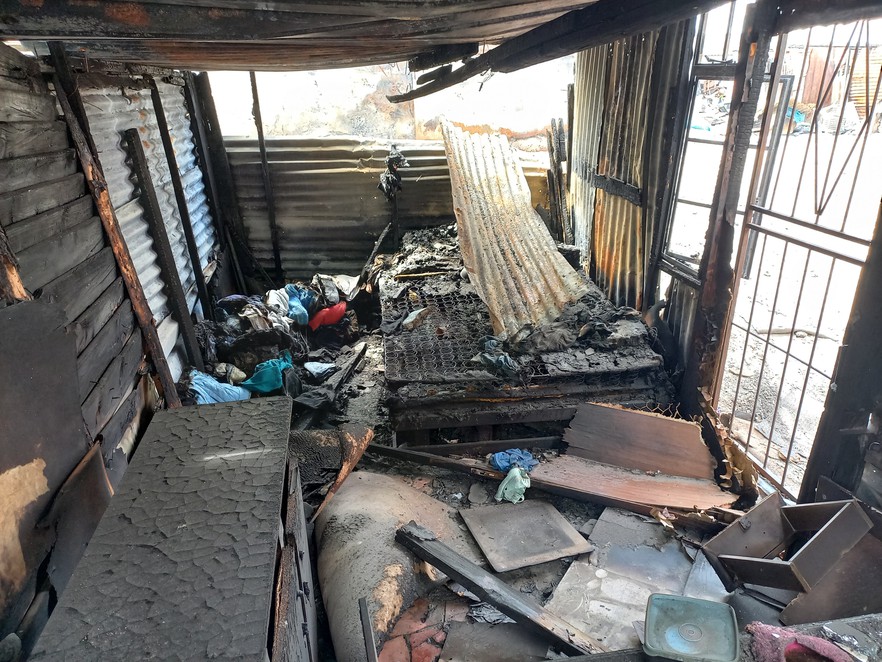 Fire victims who lost all of their belongings have been sleeping in a local creche and are asking for assistance from the community.

Next:  Picket in support of Stellenbosch workers