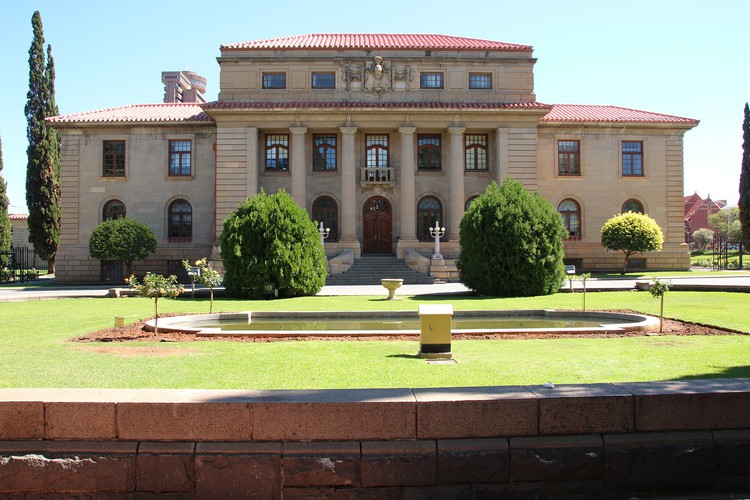 The Supreme Court of Appeal has dismissed a bid by Eskom to overturn an interdict forcing it to restore power to residents of two Free State municipalities. Photo: Ben Bezuidenhout via Wikimedia (CC BY-SA 4.0)

Eskom has lost an appeal in the Supreme Court of Appeal (SCA) against a ruling in favour of two community associations that it must immediately restore full maximum electricity supply to residents.

The Vaal River Development Association, representing communities in Parys and Vredefort in the Ngwathe municipality, and Lekwa Ratepayers’ Association NPC, representing residents of Standerton, Sakhile, Meyerville and surrounds in the Lekwa Municipality, obtained the interim interdict in the Pretoria High Court last year.

This was ahead of a pending application to review Eskom’s decision to reduce supply because the municipalities were over-using power and collectively owed it more than R2 billion.

In the interdict applications, which were argued in Pretoria before acting Judge Anthony Millar, the associations said their members were paying consumers of pre-paid electricity. Eskom’s decision to reduce electricity supply, had resulted in an “unfolding human and environmental catastrophe” including a massive impact on sewage reticulation systems, with effects on business, government departments, old age homes, hospitals and private citizens.

Eskom opposed that application. It justified the load reduction using its “Notified Maximum Demand” (NMD) agreements with the two local authorities, which peg the amount of electricity to be supplied and set punitive tariffs should that supply be exceeded.

Judge Millar, in his ruling, said there had been no increases in the NMD for both areas in more than a decade, but Eskom had been supplying excess electricity to both for some period of time. More recently Eskom had “strictly enforced” the agreements, resulting in reduced supply.

He said both municipalities had now incurred considerable debt through penalties.

While the right to electricity was not specifically provided for in the Bill of Rights, the right to dignity, life and housing were, and “the supply of electricity is inextricably intertwined with at least these three rights”.

He granted the interdicts and Eskom appealed to the Supreme Court of Appeal.

In a ruling handed down on Friday, acting Judge Pieter Meyer, writing for the court, said the NMD agreements were “historic, outdated and inadequate”.

“Their actual consumption of and need for electricity far exceeds the NMD supply levels,” he said.

“The two municipalities can aptly be described as dysfunctional and delinquent. The residents involved in this litigation are all paying consumers of prepaid electricity. However the municipalities have failed to honour their payment obligations to Eskom for years,” Judge Meyer said, noting that as at June 2020, each municipality owed more than R1 billion and they were “indisputably in breach” of their agreements with Eskom.

Nevertheless, he said, Eskom had not previously limited electricity supply, but instead had raised penalties and refused to increase NMD levels. In July 2020, it implemented a decision to reduce supply, resulting in rotational load shedding, on top of national load shedding.

As a result, Parys had sometimes experienced load shedding for more than 22 hours a day.

Judge Meyer said each of the affected towns experienced “socio-economic and humanitarian consequences that adversely impacted the health and well-being of individuals within their jurisdictions”.

Hospitals could not function, essential services were paralysed. Taps ran dry and bulk water users, such as the poultry industry and abattoirs, shut down. Sewage spilled into the streets and into the Vaal River.

Referring to case law, Judge Meyer said the relationship between Eskom and the municipalities fell within the provisions of the Intergovernmental Relations Framework Act (IRFA), which provided that they were required to make reasonable efforts, in good faith, to settle intergovernmental disputes.

But this had not been done, apparently because Eskom was not prepared to wait for that process to unfold.

“Eskom, therefore, was not constitutionally and statutorily permitted to unilaterally reduce the bulk electricity supply without … first making every reasonable effort to settle the intergovernmental dispute.

“Had this been followed, it may well have resulted in the intervention of both provincial and national levels of government, without which the Ngwake and Lekwa municipality are unlikely to turn their fortunes around on their own.”

Instead, Judge Meyer said, Eskom had rendered the two municipalities unable to fulfill their constitutional obligations to their citizens, resulting in the unfolding catastrophe.

Next:  When must municipalities provide flush toilets in informal settlements? A court case may help answer this