About 50 shacks have been moved to a safer site 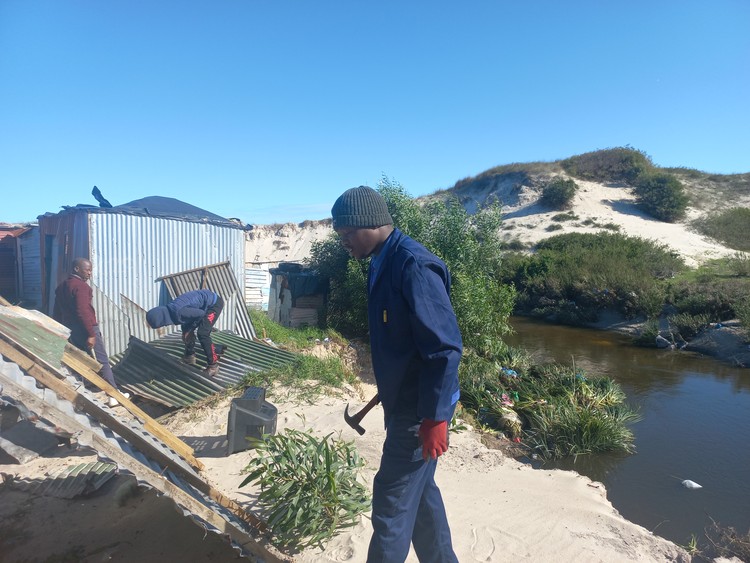 The relocation of shacks erected on unsafe ground in Driftsands Nature Reserve is proceeding slowly. Only 50 out of about 7,000 shacks alongside the Kuils River and the Driftsands dam retaining wall have been moved since floods inundated the settlement and swept away some shacks during heavy rains last month.

GroundUp reported that CapeNature and the Western Cape Department of Human Settlements had asked people to relocate to the western parts of the nature reserve which is less exposed to flooding.

Later in June, we also reported that heavy rains had swept away 45 shacks and affected 400 other shacks in what is known as Covid informal settlement, according to community leader Luthando Mcuntula.

Phumlani Mangaliso, another community leader, said about 50 shacks have relocated from the dam wall to the safer site identified by government officials in the lower side of Driftsands Nature Reserve, and some others have shifted to another unapproved spot within the same area.

Nathan Adriaanse, spokesperson at the Western Cape Department of Human Settlements, said relocation from these areas is crucial, as people living there are at risk whenever there is a significant amount of rainfall over a sustained period of time. 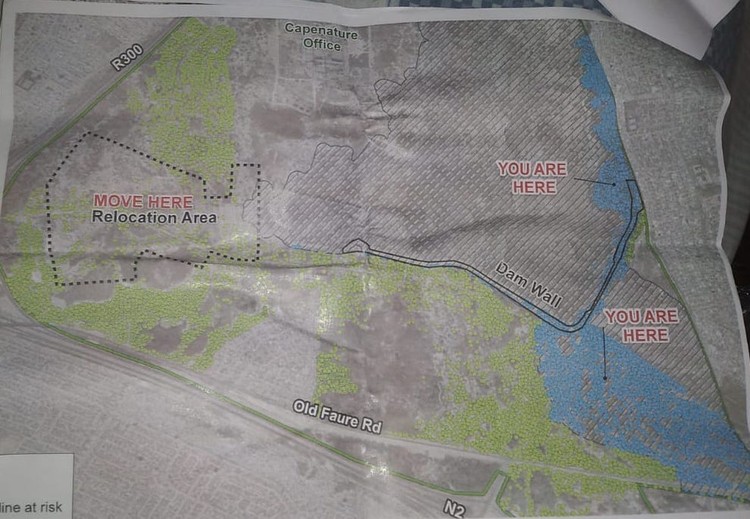 When Sinoxolo Mafuya’s shack flooded, she decided it was best for her to do as CapeNature and Human Settlements had advised.

“After the floods, sand coming from the river was splashing on top of my shack and it was starting to bend … I was scared that when the heavy rains come my shack might not survive again,” said Mafuya.

Mafuya says she paid about R750 to move and reinstall her shack. She is unemployed and her friends helped her with the cost of moving.

Resident Aphiwe Mini, whose shack was flooded last month, said he is not prepared to move further away from his children’s school.

“I work as a petrol attendant. I support my family in the Eastern Cape and the people I stay with here. I will not have money for transportation for them. My kids are not used to walking far to school,” said Mini.

Mini stays on the banks of the Kuils River, and his children attend nearby Nyameko Primary School. By GroundUp’s calculations, the proposed relocation site would require his children to walk about 2.5km to school by road instead of just 100 metres from where they currently live.

“We are living like animals here, there’s no dignity in how we live. People here go to the toilet behind their shacks and people can even see you. I will move to where I know I won’t live like this,” said Konana. 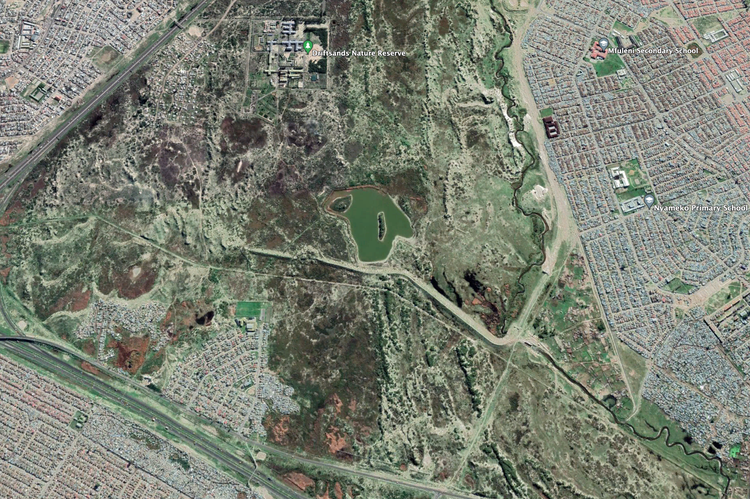 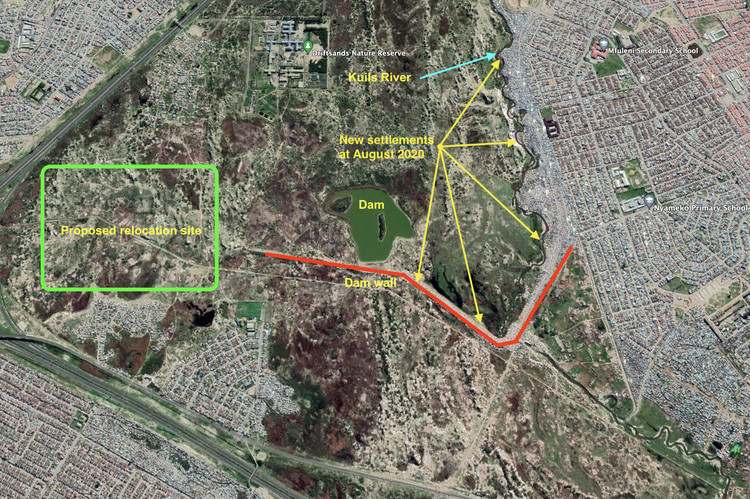 Driftsands Nature Reserve in August 2020. In the space of a month, thousands of shacks were erected along the river bank, and along the dam wall. Source: Google Earth 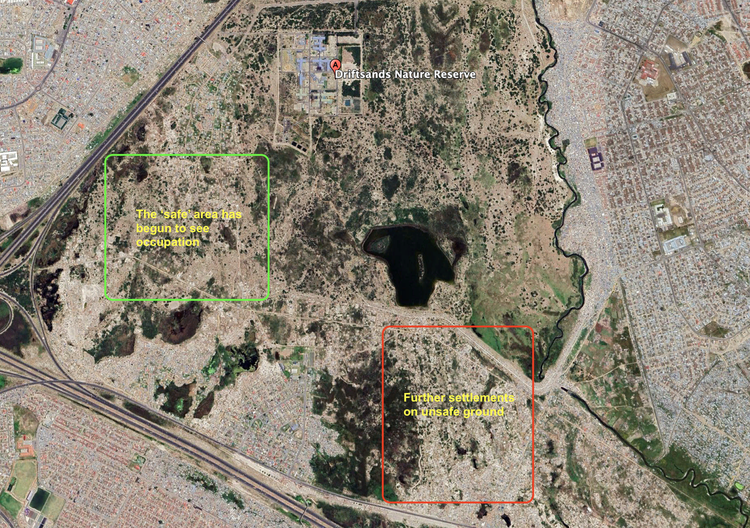 The informal settlement in the Driftsands Nature Reserve was established in the second half of 2020. Adriaanse told GroundUp that his department estimated that 11,000 new structures were erected in the nature reserve between April to September 2020.

Satellite imagery of Driftsands Nature Reserve from Google Earth shows a stark contrast between July and August 2020. Within the space of a month, the entire east bank of the Kuils River was occupied by shacks, and many structures were also erected along the retaining wall of the nature reserve’s dam.