Commuters stranded after taxi owner gunned down in Gqeberha 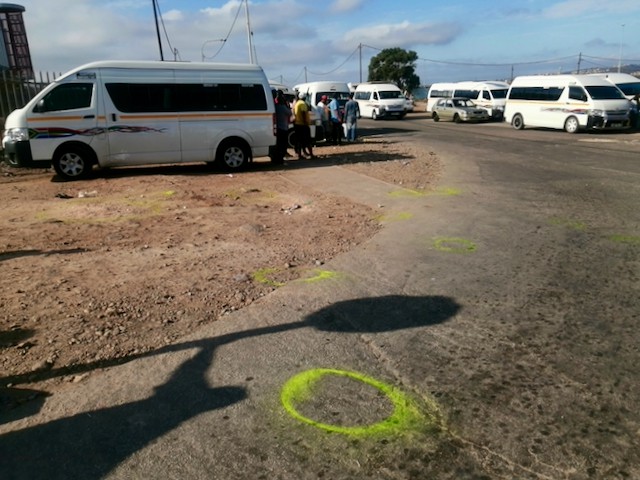 The scene where taxi owner Henry George was gunned down at Missionvale taxi rank in Gqeberha on Wednesday. Photo: Mkhuseli Sizani

According to police, Henry George, 45, a taxi owner and marshal at Missionvale taxi rank in Gqeberha was gunned down at about 5:50am on Wednesday.

“He was shot multiple times in the upper body and head. After the shooting suspects got into an unknown colour Datsun Go and drove off. He was rushed to hospital and succumbed to his injuries at the hospital. The motive and suspects are unknown at this stage,” said police spokesperson Colonel Priscilla Naidu, who confirmed that a murder case was opened.

Dozens of commuters were left stranded after the incident when the Norwich Taxi Association withdrew about 100 of its taxis on the Missionvale – Kleinskool route. George was a member of the association.

About 50 taxi drivers, owners and rank marshals gathered at the scene at 8am and prayed for George. As a mark of respect they decided to halt operations, although some drivers ignored this call.

The association maintains that the shooting is not related to taxi operations, but a taxi driver told GroundUp: “The Old Uitenhage Road used to be a free route for everyone to operate and is lucrative. But since the establishment of this rank last year, unregistered taxis are not allowed to operate. Also only those who pay a collection fee daily are allowed.”

At about 3pm George’s colleagues blocked Bethelsdorp and Old Uitenhage roads with their vehicles and offloaded their passengers. Then they moved to Commercial Road at Boxer taxi rank where they prevented people from boarding taxis.

“I had just made my shopping here in town but now I am stuck with my parcels,” said Angeline Strydom, a passenger. “The marshals are very angry. They are confronting the drivers for not showing sympathy towards the dead marshal … But their decision is unfair because we have no other means of transport to take us home.”

Ryno Plaatjies, chairperson of the Norwich Taxi Association, said, “There is no violence or any infighting in the association about that route. We decided to make that rank our collection point because we have a huge membership and most of our taxis use that route … We appeal to all our members to be calm and peaceful. They must also allow the law to take its course.”

Next:  Concourt rules that marriage act oppressing thousands of women is unconstitutional

Previous:  “We cannot escape the smell”: Women have to clear away sewage before they can do their laundry