Department of Education says it plans to build a new school, but won’t say when 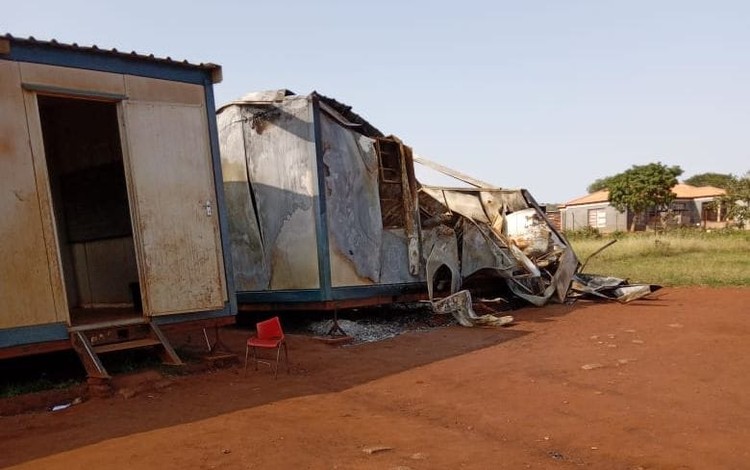 Two of the six mobile classrooms at Ratseke Primary School at Ga-Ratseke Village in Limpopo were burnt down during a protest earlier this month. The community are frustrated that the Department of Education has not yet built them a new school. Photos: Supplied

Learners in grades 1, 2 and 3 at Ratseke Primary School at Ga- Ratseke Village, Bolobedi in Limpopo are squeezed together in class after two mobile classrooms were burned down.

“We are facing a crisis. All the files and chairs are burnt with the two mobile classes. We are forced to move all learners to the remaining four mobile classes, combining all different grades,” said principal Godfrey Motshekga.

He said the prefabricated classrooms had been set alight on 16 May in a protest over the Limpopo Department of Education’s failure to keep its promise to build a new school.

“We do not want the children to be left behind, so we decided to create a space for them in other classes, but it is just a mess,” said Motshekga.

There are about 36 learners in each of the four remaining classrooms.

Motshekga said the school had been provided with six mobile classrooms years ago because the mud classrooms built by the community in 1977 were falling apart.

The community and school representatives had for years written letters to the department asking for help to build a new school but without success.

Motshekga, who was appointed at the school this year, said while he is disappointed that the community had chosen to show their frustration in this manner, he understood. “The community is now impatient and tired of empty promises from the Department, because they have been pleading and writing letters for years for a school.”

When GroundUp approached residents and community leaders about the torched classrooms, they refused to speak as the matter is currently under investigation by the police. 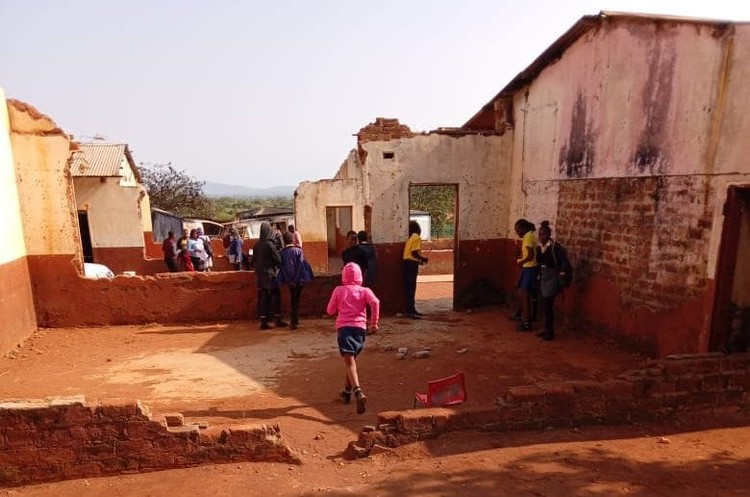 This is what remains of the mud school built by the community in 1977.

Former principal Mmakoma Maake, who retired in 2008, said she had been pleading for years with the department. She said she did not condone the burning of the classrooms, but hoped it would be an eye-opener for the authorities.

Most people who live in Ratseke village are poor. According to StatsSA, about 13% of those over 20 have passed matric, and one third have very little schooling or none at all.

According to the department, there are about 217 registered learners at the school with six teachers.

Department spokesperson Tidimalo Chuene did not respond to questions about why the department had not built a new school in years. She said Ratseke Primary school “is on our priority list for infrastructure development projects” and would be merged with another school in new premises. She did not say when construction on the new school would start or whether Ratseke would get more mobile units in the meantime.

Chuene said the conduct of the community “is disappointing” because the department had “engaged them in progress towards building the school”. She urged people with information about the burning of the classes to report it to the police.

Previous:  Making a little money from filling in potholes