Case postponed to April for the businesses to get lawyers 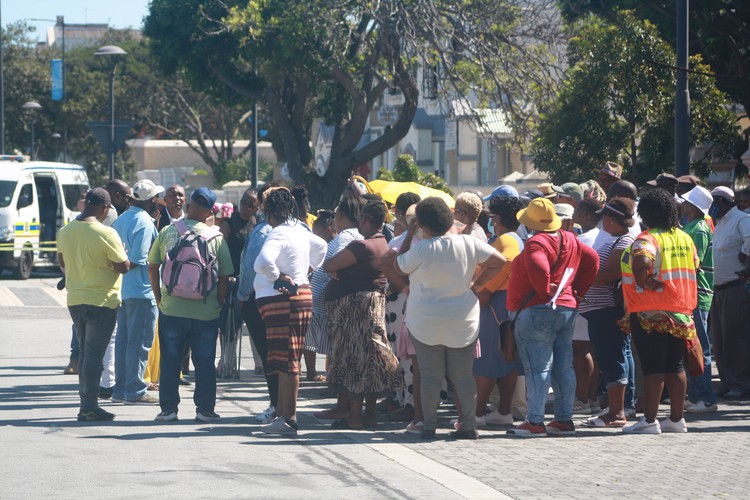 The Coega Development Corporation (CDC) wants the High Court in Gqeberha to interdict hundreds of small business owners from protesting near its premises. The matter has been postponed until next month. Photo: Thamsanqa Mbovane

The Coega Development Corporation (CDC) approached the High Court in Gqeberha on Tuesday to apply for an interdict preventing small business owners from protesting near its premises.

The matter was brought against two small business owners, Lungisa January and Masixole Mashelele, and against members of the Local Business Committee (LBC). They are opposing the application.

According to its court papers, the CDC wants the court to prevent the two businessmen from entering its premises without written consent from CDC official Peter Craig Luckman. The CDC accuses the business owners of protesting, and of verbally threatening and intimidating CDC employees. The CDC is also asking that no protests be allowed within a 100m radius of the Coega Special Economic Zone.

During the hearing, the court heard arguments on events that led to the protests which started on 12 October 2021.

The business owners asked for the matter to be postponed but Advocate Namawabo Msizi, representing the CDC, argued that because they were served with a summons on 23 February 2022, the respondents had enough time to prepare.

In response, Lindile Bobani, deputy chairperson of the LBC, said they had not received the summons. “We don’t have an office or address of our own. We are a committee of more than 200 people,” he said.

Msizi then asked that an interim interdict be granted in the meantime to safeguard CDC workers.

But Judge Lindiwe Rula denied the request and postponed the matter until 26 April for the respondents to get legal representation.

Next:  It would take 115 years to tar Limpopo’s roads, says Road Agency