“Government has ignored poor and marginalised people for too long” 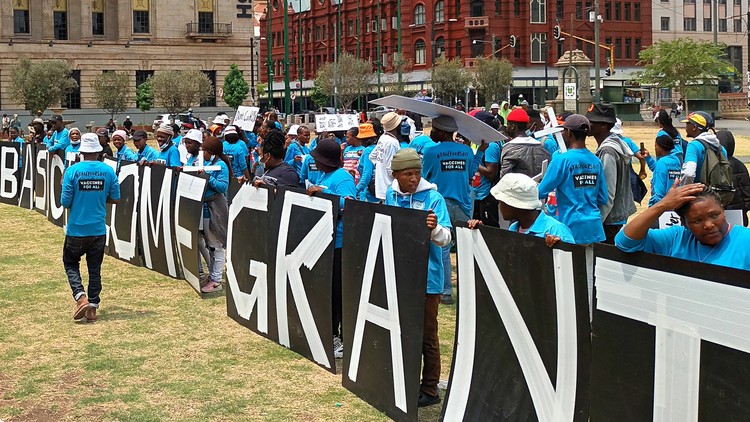 Members of civil society groups and unemployed people picketed outside the National Treasury in Pretoria on Tuesday demanding that the R350 grant be extended again. Photos: Chris Gilili

Over 150 members of civil society groups and unemployed people picketed at Church Square in Pretoria on Tuesday. They are calling for the National Treasury to continue paying the R350 Social Relief of Distress (SRD) Grant and consider converting it to a basic income grant.

The SRD grant was introduced in May 2020 and was due to end in March 2022 to meet the end of the Covid national state of disaster. The grant was, however, extended in February this year until March 2023.

Tlou Seopa of lobby group Amandla.mobi said, “We want to influence the upcoming Medium Term Budget Policy Statement (MTBPS). After the budget statement, we are going to write to parliament. We also have a plan for the State of the Nation Address (SONA). The government has ignored poor and marginalised people for too long and they must do the right thing.”

Nonkululeko Mnweba, 37, from Orlando East in Soweto is an unemployed single mother of three children. “Only two of my kids receive the child support grant, the third one is over 18 now. I spend R500 of their grant to pay creche fees, and I have to buy groceries and meet their school needs.”

She has yet to be approved for the SRD grant which she says is too low. “You can only buy maize meal and cooking oil for R350.” 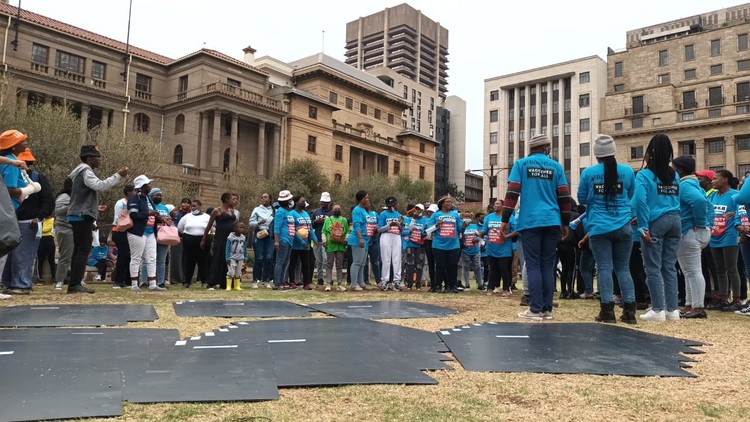 Picketers are demanding that National Treasury increase taxes on the rich to fund another extension of the R350 grant.

Another marcher, Lerato Molapo, said she dropped out of school to care for younger siblings when her mother died. “It has been hard to find a job. The R350 grant is too little to survive even two weeks. We are asking the government to consider our challenges and the fact that the cost of living keeps rising,” she said.

The group handed over lists of demands addressed to the National Treasury, Finance Minister Enoch Godongwane, Social Development Minister Lindiwe Sisulu and President Cyril Ramaphosa. Among the demands is for the grant to be increased to at least R1,335 per month.

“To fund the demands, we call on you to increase taxes on the rich, including increasing income tax on those earning more than R1-million a year and introducing a net wealth tax. We also demand a resource rent tax on mining and increasing taxes on products that harm our health such as cigarettes, vaping, sugary drinks, alcohol and carbon,” the memorandum read.

Lutendo Ramalebana at Treasury came out to sign the memo. She promised that it would reach the office of the Minister of Finance. She said she could not put a timeframe on when the minister would respond.