Abortion behind bars: women in prisons have extra obstacles to overcome

Prison policies must be changed 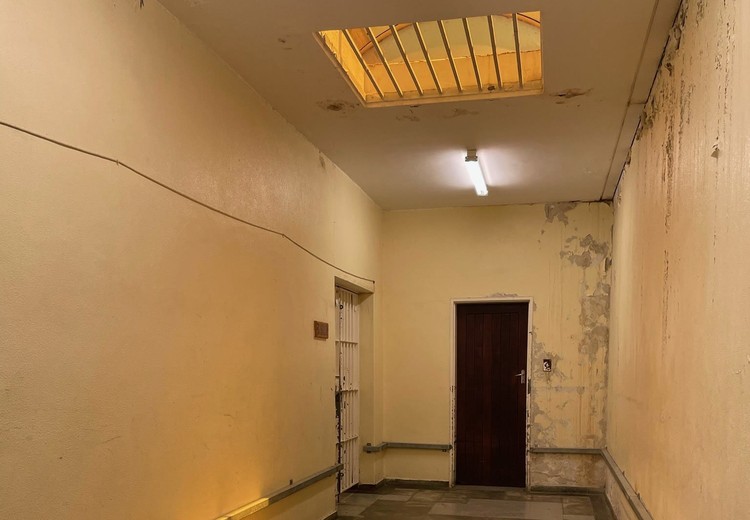 As the legal researcher to Justice Edwin Cameron, head of the Judicial Inspectorate for Correctional Services (JICS), I’ve visited several women’s prisons. A recent encounter with a nurse in a big overcrowded prison was a poignant reminder of the challenges women in prisons experience, especially when it comes to exercising their sexual and reproductive rights.

Cramped in her consulting rooms, the nurse shut the door to talk to me. Outside, weary inmates sighed and waited in line. We discussed how JICS might try to resolve various issues, from mental health to how regularly doctors visit.

On abortions, the nurse’s eyes sparked with alarm. She told me of a perplexing problem she is faced with when an inmate requests an abortion. Is it enough to notify the head of the prison (or area commissioner) – or must she seek their prior approval?

For her, the healthcare policy is unclear. With pressure from her superiors and rumours about another nurse being reprimanded for not obtaining prior approval, she opts for the more constrictive process.

When I raised the issue with the head of the prison, she pointed out a gap in the Correctional Services Act 111 of 1998.

As a result, the prison has developed its own policy. If the inmate is above 18 years

The head of the prison assured me that the Department of Correctional Services does not intervene. She said it is important to ensure the woman is not a minor and to have the request in writing as it shields the department from potential litigation.

Distressed by this interaction, I had to dig deeper.

There are no easily accessible statistics on abortions in South African prisons. But we do know that women comprise less than 3% of the entire prison population. Lillian Artz and Britta Rotmann have found that women prisoners are “among the most socially and economically vulnerable members” of our society. Their imprisonment has “obvious deleterious effects on both children and the remaining family members charged with childcare responsibilities.”

The Choice on Termination of Pregnancy Act

The lodestar for all women seeking abortions in South Africa is the Choice on Termination of Pregnancy Act 92 of 1996. The Preamble recognises “the decision to have children is fundamental to a woman’s physical, psychological and social health” and that the state shoulders the duty to provide reproductive healthcare.

The Act provides that a woman can request an abortion during the first 12 weeks of the gestation period without any constraints. A medical practitioner must be consulted from 13 to 20 weeks to identify risks such as an ongoing pregnancy that may “significantly affect the social or economic circumstances of the woman”, and after 20 weeks, when life and injury-threatening risks are present. While a minor must be advised to consult with her loved ones, she cannot be denied an abortion if she chooses not to.

The policies pertaining to women in prisons are markedly different.

The Correctional Services Act is silent on abortions. But the Department’s Regulations (last amended in 2012) provide that the “National Commissioner may approve an abortion at state expense” – though only in particular circumstances. Strikingly, these do not include when a woman requests an abortion during the first 12 weeks. And they do not extend to women seeking abortions on purely socio-economic grounds.

Unsettling questions spring to mind: Why can women prisoners not request an abortion during the first 12 weeks? Why are socio-economic grounds for abortion neglected when socio-economic issues are generally more acute behind bars? Most pressing, how can the deeply personal choice of whether to have an abortion be at the discretion of the National Commissioner?

To complicate matters further, the latest B-Orders – detailed rules the department issues – do not mention abortions. Yet, the older set states under “Women’s reproductive health” that the services rendered include “termination of pregnancy”. No further details. However, the department’s “Health Care Policy and Procedures” provide for termination of pregnancy to be “performed at state costs for medical reasons only”. What about the other legitimate reasons that warrant abortions? This is rights-throttling.

To be clear: Women imprisoned in South Africa do not have the same standard of care when it comes to accessing abortions. They have extra obstacles to overcome. And without clearly outlined and implemented policies, there is room for misuse and, worse, abuse.

More concerns crop up: Does the “equivalence of care” principle not extend to the sexual and reproductive healthcare of women prisoners? Have female inmates been overlooked in the fight for reproductive justice?

The right to a woman’s bodily autonomy is a burning issue across the world. The recent exposure of a draft majority opinion from the US Supreme Court revealed a sharp repudiation of the right to abortion.

Fortunately for us, in democratic South Africa, the right to abortion is not a lightning rod for the political elite.

The Bill of Rights gives everyone the right of access to healthcare services. Critically, this includes reproductive healthcare. And is further buttressed by the right to bodily and psychological integrity, which expressly includes the right to “make decisions concerning reproduction”.

South Africa has ratified international and regional treaties, including the Maputo Protocol, that explicitly entrench the right to abortion.

Yet, there is a disturbing disparity between laws and reality.

Despite these progressive laws, many women still struggle to access safe abortions at state expense. Instead, some find themselves obliged to turn to illegal, informal and often dangerous means. This has awful consequences, in a country with high levels of sexual and gender-based violence coupled with avoidable maternal deaths.

Hurdles to safe and legal abortions, such as lack of information, stigma, judgmental attitudes and mistreatment by healthcare workers, have been identified by Amnesty International.

These barriers lead to the proliferation of illegal and informal abortion providers and have a brutal and often life-imperilling impact on women from marginalised communities. For instance, a sex worker explained that she would opt for a “backdoor” provider. Why? Because for her, privacy has to trump safety. A recent article in GroundUp revealed how poor treatment and stigma have led to more (sometimes botched) illegal abortions among sex workers.

When it comes to prisons, we must remember that by and large prisons are designed with men in mind. It is for this reason that the United Nations Bangkok Rules acknowledges that women prisoners “are one of the vulnerable groups that have specific needs and requirements”, including female-centric healthcare needs. The Rules reaffirm the “equivalence of care” principle – those in prison have a right to the same standard of healthcare as the general public.

When it comes to women prisoners’ access to abortions, the reproductive justice framework is crucial. Researchers from the Black Women’s Health Imperative state that reproductive justice encompasses the “social, political and economic inequalities that affect a woman’s ability to access reproductive health care services”.

According to Rachel Roth, abortions are “deeply personal” and “shaped by the larger political, economic and social context of women’s lives.” In the carceral setting, “[e]very dimension of reproductive justice is negatively affected.” In addition, the Prison Policy Initiative observes that in the US context there are “insurmountable barriers” to accessing abortions behind bars and “people behind bars often have very few – if any – choices and autonomy when it comes to their reproductive health and decisions”.

With political will, prison policies can be changed so that the law extends abortion rights to these women and guards the exercise of these rights.

JICS is committed to working on this.

But, we need to go further.

We need to ensure that women behind bars know their rights through education and awareness campaigns – and that healthcare workers are well-trained and do not deter or stigmatise abortion seekers.

We must establish independent healthcare in prisons, a point recently raised by Justice Cameron. Without independent healthcare, women prisoners’ access to abortions will be limited by the closed-off and security-focused nature of our prisons. My encounter with the nurse would not have been as frank and candid if a correctional official had been present.

South Africa has a long way to go to guarantee all women and girls access to safe, free and legal abortions with respect for their dignity, privacy, health and bodily integrity. In this fierce battle for reproductive justice, we must break the silence and not perpetuate the invisibility of women and girls behind bars.

Gore is legal researcher at the Judicial Inspectorate for Correctional Services.