Southern African Youth Movement picked up millions, thanks to the introduction of a new kind of funding 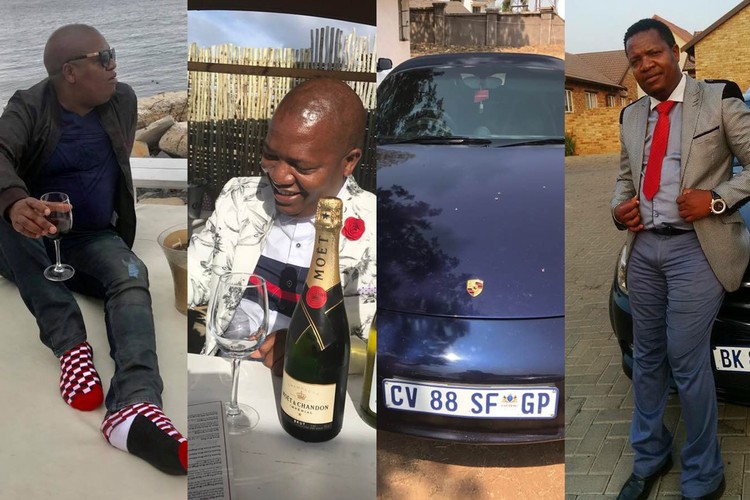 A non-profit organisation that lobbied for amendments to the Lotteries Act went on to benefit to the tune of tens of millions of rands in grants after the law was changed.

The Southern African Youth Movement (SAYM) recommended the introduction of a new way of funding projects by the National Lotteries Commission (NLC) to the Trade, Industry and Competition Parliamentary Committee. Instead of the NLC waiting for applications, SAYM proposed the introduction of proactive funding, which enables the NLC to award a grant without first receiving an application.

Proactive funding, which has been at the heart of the looting of the Lottery, has been suspended by the NLC’s new board.

SAYM executive director Alfred Sigudhla and Sello Pietersen, who was then the organisation’s Assistant Programme Manager, gave evidence to Parliament in 2013 in support of amendments to the Lotteries Act, including the introduction of proactive funding.

In the years that followed, SAYM was to receive over R67.5-million in proactive funding for several projects, including an old age home, a drug rehabilitation centre, and an anti-drug-themed musical, which was funded to do a three-province tour. Neither the old age home nor the rehab are operational, and the musical staged only a handful of performances.

SAYM’s grants are all recorded in NLC annual reports under several different variations of the organisation’s name. All have one thing in common: the involvement of Sigudhla, according to both company and Department of Social Development records. Sigudhla has enjoyed a longstanding relationship with the NLC.

In 2014 the board of the National Lotteries Board, the predecessor to the NLC, decided to stop funding SAYM because of irregularities with its funding applications. But the bar on funding was lifted after the personal intervention of former NLC commissioner Thabang Mampane and former board chairperson, Alfred Nevhutanda. Both are now under investigation for the abuse of Lottery funds.

Former NLC chief risk officer Bathabile Kapumha has told how she was pressured to withdraw SAYM from the list of organisations the NLC should not fund. Attorney Trevor Bailey, who was commissioned by the then-NLC board to investigate Kapumha’s suspension, said in his 2015 report that she had told him how she had been summoned to meetings with Mampane and Nevhutanda, some of which were also attended by representatives of the SAYM.

During one meeting, Kapumha told Bailey that a SAYM representative had said the organisation had supported the NLC over changes to legislation and therefore should not be prejudiced because of irregularities with its funding applications. A source told GroundUp that the SAYM representative was Sigudhla, but Sigudhla did not respond to questions asking him if he attended this meeting.

Nevhutanda instructed Kapumha to remove the SAYM from the list of organisations that the Board had decided not to fund or to discontinue funding, which she did, Bailey reported.

Kapumha quit the NLC in fear of her life soon after she was involved in an accident, apparently caused by malfunctioning of her car’s brakes and steering.

When GroundUp sent questions to Sigudhla about the R67.5-million grants, he did not respond.

Instead, Dr Lekgotla Mafisa, chair of SAYM’s board, responded, copying in Sigudhla. He said he had been “mandated” to respond to GroundUp. “The board took the decision to respond to the questions as decisions on projects are approved by the board and not management”.

“The board is happy with all projects undertaken under the leadership of the executive director unless persuaded by anybody.”

Mafisa said SAYM had “managed projects in excess of R3-billion over 20 years”. He said funding came from governments, international funding agencies, such as the United Nations, and private donors.

Mafisa said the movement had been involved in more than 20 construction projects with a budget of more than R100-million “in various municipalities”.

“This is outside the funding of the NLC.”

Over the years, SAYM has received Lottery funding of over R67.5-million, consisting of:

Life in the fast lane

Pictures of Sigudhla on his personal Facebook page suggest he appears to enjoy a life of luxury and opulence. Investigative journalism team amaBhungane reported in 2020: “Before shutting down his Facebook profile, he liked to post photos of his collection of cars and bottles of Moët & Chandon, and parties with local celebrities.”

In addition to its R67.5-million Lotteries money, the SAYM managed to collect millions from the Department of Cooperative Governance and Traditional Affairs (COGTA) for a Community Works Programme (CWP) in the Eastern Cape in 2018, amaBhungane has reported.

Using COGTA records obtained through a Promotion of Access to Information Act application, amaBhungane revealed that “at least ten contracts worth R13.6-million were awarded to companies run by SAYM staff, their business partners, and apparent members of Sigudhla’s family.”

amaBhungane also reported how SAYM allegedly sourced protective clothing for participants in the CWP programme from a factory that Sigudhla set up in Pretoria to manufacture T-shirts, overalls, and hats to the specifications that the tender would require. The factory was set up just weeks before the tender was issued.

Sigudhla was one of two SAYM officials who gave evidence at a Parliamentary hearing into a bill to amend the Lotteries Act.

Another suggestion by Sigudhla in his presentation was a change to the way members of the distributing agencies which adjudicate grant applications are chosen. Supported by the National House of Traditional Leaders, and the South African Youth Council, he suggested that the NLC board should recommend members to the Minister of Trade, Industry and Competition, who has oversight of the Lottery, for the minister to approve. The recommendation was not included in amendments to the legislation, and as a result, the members of the agencies are still appointed through a public nomination followed by interviews with candidates, after which the minister presents preferred candidates to the Cabinet for approval.

Commenting on amendments to the Lotteries Act, Mafisa said: “SAYM, as an organisation, has no capacity to convince the entire Parliament of South Africa to change the laws to favour itself. It is impossible. SAYM formed part of a group of organisations that presented to Parliament changes that many organisations wanted to see in the legislation. Many of the matters SAYM had advocated for were not part of what Parliament decided.”

All SAYM’s Lottery-funded projects are now under investigation by the Special Investigating Unit (SIU), which has been investigating corruption involving the NLC since the end of 2020.

Next:  Johannesburg informal settlements wait a week for water