“It happens every day, uncle, every single day” 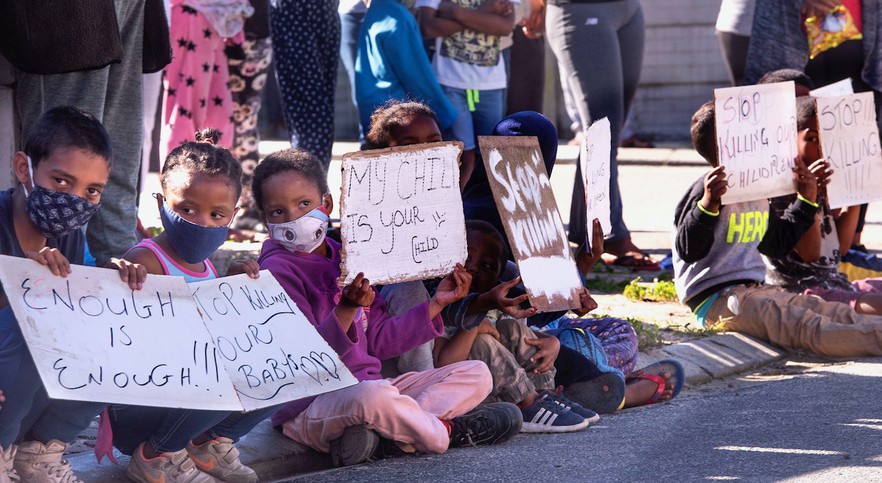 Young children hold posters during a memorial service for three-year-old Liam Petersen around the corner from where he lived and was killed. Photos: Brenton Geach

As South Africa marked Youth Day on Tuesday, a large group of friends of Mikhail (Ballackie) Amos shouted his name as they walked through Parkwood to his memorial service.

The talented soccer player from Steenberg was killed in a drive-by shooting last weekend. He had been in the wrong place at the wrong time.

Earlier on Tuesday, there was another service, in Hillview, for two-year-old Liam Petersen, also in the wrong place at the wrong time, shot dead in the doorway of his parent’s tiny dwelling.

On Monday, in Ravensmead, a three-year-old girl and her father were shot and killed. It was reported that they were sitting in a car when a gunman opened fire on them. 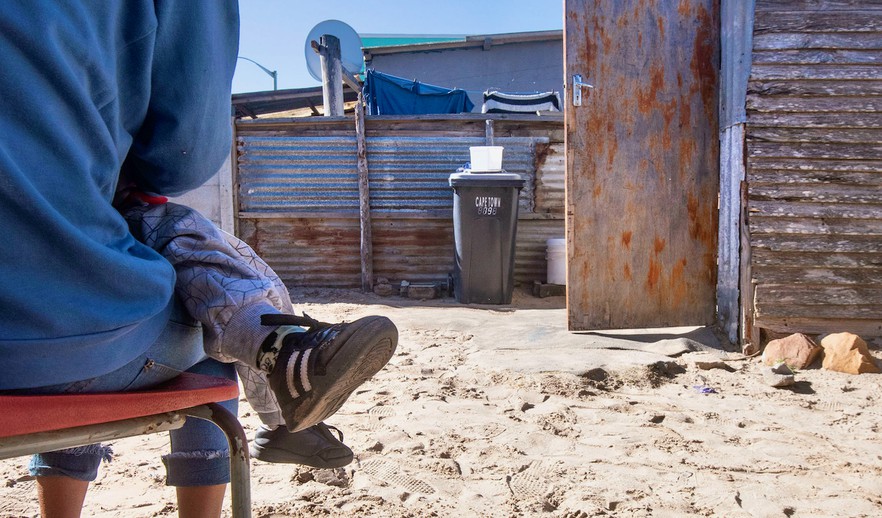 On a field in Lavender Hill, known commonly as ‘The Battlefield’, the lockdown had turned the former gang war zone into a place where hungry children gathered daily, getting their one meal of the day thanks to good Samaritans like Mark Nicholson. He has been digging deep into his own pocket, and working hard to attract other donors to his cause, never failing to turn up to feed the hungry every day of the week. 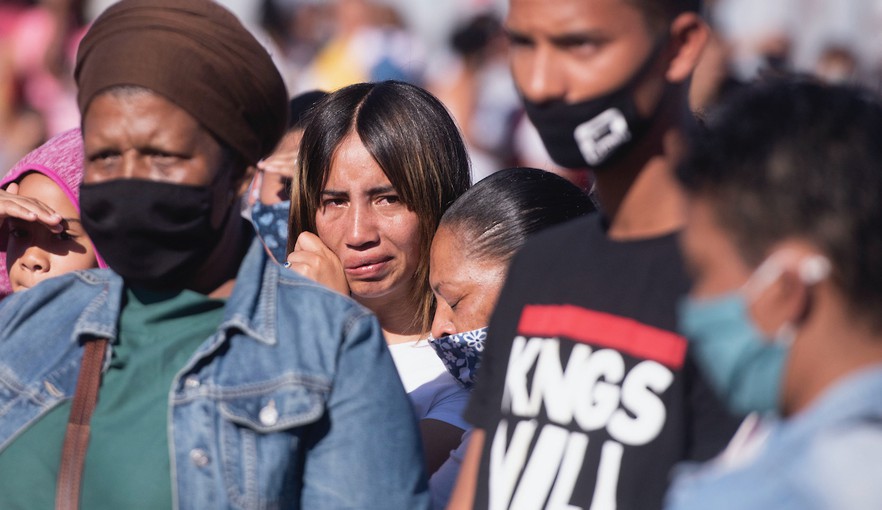 An emotional Andrea Amos, sister of Mikhail, at the memorial service in Parkwood for her brother killed in a drive-by shooting last weekend

On Wednesday, he was urging children to go straight home after getting their bakkie of food because it was too dangerous to be outside. But children being children were seen playing on the field.

Just a half hour earlier, 29-year-old Cheslyn Sabonga was killed in his house just around the corner from a feeding scheme. Rather than seeking safety, the crowd quickly grew as they watched the police and mortuary van arrive on the scene. 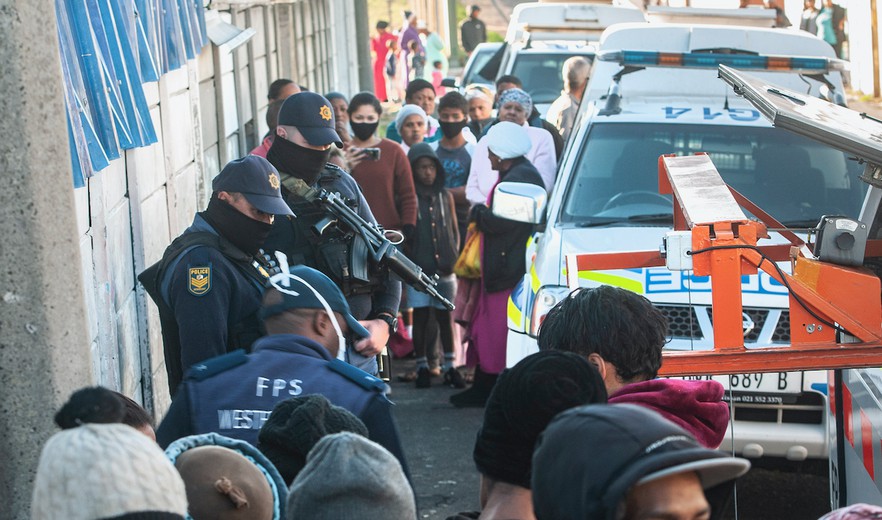 The anti gang unit kept a large crowd of residents, many children, outside the home of 29-year-old Cheslyn Sabonga who was shot and killed in Lavender Hill in the early hours of Wednesday morning

The upsurge in gang activity is normalising violence. On the Battlefield in Lavender Hill on Wednesday, a group of girls, aged about seven, seemed unconcerned about seeking refuge from the shootings.

“It happens every day, uncle, every single day …I’m not scared,” said one.

Just a month ago the Covid-19 pandemic was being credited for ‘gangland truces’ on the Cape Flats. But the killings continue and the children are used to it. A Medical Research Council report shows that although there was a drop in “unnatural” deaths (murders and accidents) during lockdown, the country has returned to its usual levels of deadly violence.

Friends of Mikhail (Ballackie) Amos shout his name as they walk to his memorial service in Parkwood, which drew a few hundred people. Mikhail, a talented soccer player from Steenberg, was killed in a drive-by shooting in Parkwood on Saturday evening

Next:  Eskom warns that residents who “bridge” electricity will remain in the dark