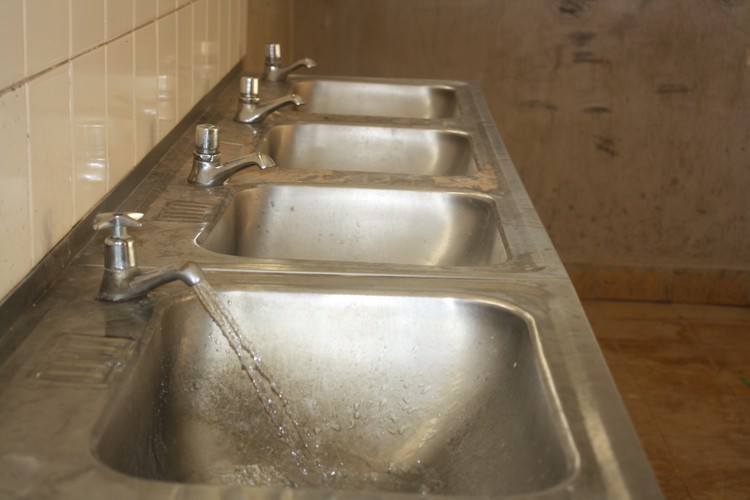 Mthonjeni, Godlo, Noninzi Luzipho, Vuba, Phindubuye and Gqabi primary schools, all reported having severe water leaks on the premises. These schools were among many that received letters of demand from the municipality over their unpaid water bills.

Noluthando Sifuba, a School Governing Body member at Vuba Primary School in Kariega, said that the school has an outstanding water bill of about R235,000. But she believes they are being overcharged. “Our children spend most of their time in class. The school’s pipes are rotten because the infrastructure is ageing. They say if there is a leak, we must fix it.”

Sifuba said, “We receive about R47,000 per year from the department for expenses including water. We cannot pay our huge water bill of over R235,000 because what we get is less than this,” she said.

Municipal spokesperson Mthubanzi Mniki said that the Department of Public Works could fix water leak problems but “the pace of the work being done is not pleasing, considering the crisis we are currently under”.

Mniki said the Nelson Mandela Bay Business Chamber has decided to adopt over 30 schools with high water consumption. “The chamber will allocate plumbing companies to do work in those schools for free. It’s initiatives like these that will assist us in avoiding a dry July,” he said.

Prince Matonsi, acting CEO of the Nelson Mandela Bay Business Chamber, confirmed that they will be assisting with “plumbing challenges” at schools.

Last Friday, MEC for Education in the Eastern Cape, Fundile Gade, told GroundUp that the department had paid R56 million over to the municipality for water bills. (We have have been unable to confirm that the money was paid.)

Gade said that about eleven schools had high bills in Kariega and there were “many more” in townships in Gqeberha.

Next:  Spaza shop owners accuse police of stealing their cash