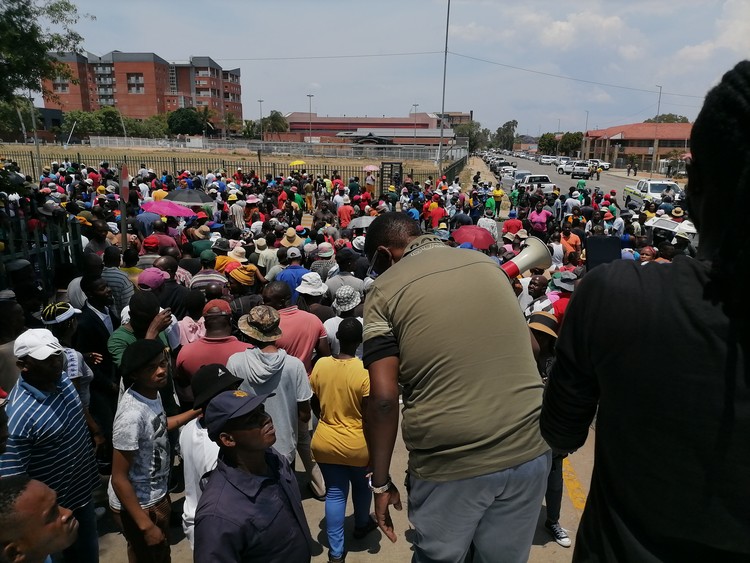 Protesters from Seshego in Limpopo closed down the centre of Polokwane on Wednesday and blocked the N1 to demand that mayor fix water supply issues. Photos: Bernard Chiguvare

Over a thousand Seshego residents closed down the centre of Polokwane on Wednesday, demanding that the Mayor fix the water supply.

“It is not going to be business as usual at the municipality. The Mayor has failed us,” said Seshego community leader George Thembo.

Thembo was speaking to GroundUp after he had addressed thousands of protesters who travelled to Polokwane municipality on Wednesday to hand over a memorandum of demands to Mayor Mosema John Mpe.

“The municipality is pushing us to the extremes. One of these days we are going to carry buckets of shit from Seshego and throw shit all over Polokwane municipality offices. We want the mayor to feel how bad it is to live under such conditions,” said Thembo.

Thembo said Seshego residents had protested several times but to no avail. “Today we are not going anywhere unless the Mayor responds to our memorandum,” said Thembo.

Residents want a consistent water supply and they want the municipality to write off their water bills since their taps are regularly dry.

Around 10am protesters closed several streets. Businesses and government offices, including the Polokwane Municipality offices closed as minibus taxis dropped protesters. In Seshego, only matric learners were allowed to attend school. Police first blocked the arrival of the protesters but finally let them through, said protester Grace Ngwetjana.

They sang and danced as they waited for the Mpe but he did not appear. 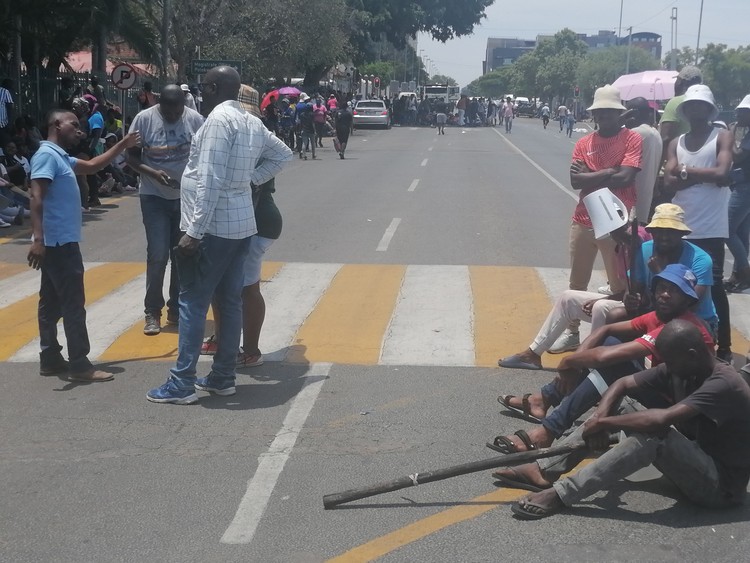 When the leaders of the protest decided to send a delegation to meet the mayor at his office, an angry crowd called them back. As leaders battled on the next course of action, protesters gathered in groups along Bodenstein Street, some standing, others sitting holding sticks and sjamboks.

A councillor came to receive the memorandum but the protesters refused to hand it over to anyone but Mpe.

Speaking to GroundUp, Maphuthi Maseokameng, 60, said water was pumped after each protest but then the taps ran dry again. She said tankers brought water three times a week, but at night. “Imagine at my age waking up in the wee hours to get water from trucks. This is wrong,” she said.

Later protesters closed the N1 with stones and bricks. They formed a human wall instructing motorists to stop or use alternative roots. Noticing two police Nyalas, some protesters took to their heels.

Next:  Trouble in Paradise Park: the seven-year battle to keep eviction at bay