South Africa is failing to protect its activists 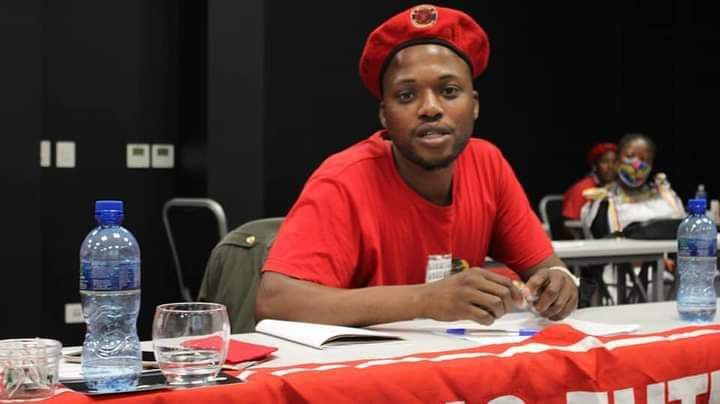 Activist Ayanda Ngila, who was a leader in the Abahlali baseMjondolo movement in eKhenana informal settlement in Cato Manor, Durban, was shot dead in March. Photo: supplied

Human rights defenders Ayanda Ngila and Siyabonga Manqele, murdered last month, join the growing list of activists who have been assassinated for their work; like environmental activist Mam’Fikile Ntshangase and whistleblower Babita Deokaran, who were killed for their roles in advocating for the rights of marginalised persons and speaking out against corruption.

Ngila and Manqele were both leaders of the Abahlali baseMjondolo movement which has been campaigning for spatial equality and the rights of people in precarious living conditions.

It is devastating that 26 years after the enactment of the Constitution, a large portion of our community does not have access to the basic rights it promises. And, it is in seeking the promotion, protection and full realisation of these social, economic, environmental and political rights, ​that activists find themselves paying the ultimate price.

Media reports have extensively covered at least four activist killings in the past 18 months, but we estimate that this number is likely much higher.

Research soon to be published by the Centre for Applied Legal Studies(CALS) shows how, in addition to being killed and threatened with death, many activists are harassed, intimidated, unlawfully arrested and sued into silence through strategic litigation against public participation (SLAPP suits). This victimisation of activists – by both state and private actors – is not only an attack on their rights; it also undermines our constitutional democracy and our state’s international law obligations.

The South African government has an obligation to protect human rights defenders in the context of their work. This duty flows from the Constitution − for instance, protecting activists’ rights to equality, human dignity, freedom and security of the person, privacy, freedom of expression, assembly and association − and it is also an international obligation. South Africa is a party to a number of international and regional human rights instruments that prohibit the repression of activists.

Notably, the Universal Declaration of Human Rights and the UN Declaration on Human Rights Defenders provide that “everyone has the right, to promote and to strive for the protection and realisation of human rights and fundamental freedoms at the national and international levels”. This declaration places a prime responsibility on states to create conditions necessary to ensure that all persons can enjoy all those rights and freedoms. States are also expected to conduct prompt and impartial investigations of alleged violations of human rights; and to provide an effective remedy for persons who have been victims of human rights violations.

In terms of international human rights law standards, South Africa is expected to create an environment conducive to the work of activists and to take effective measures to protect, promote and respect their work. Over and above that, the government is expected to provide remedies for those whose rights and freedoms are violated and to take effective measures “to prevent and protect activists against any violence, threats, retaliation, adverse discrimination, pressure or any other arbitrary action as a consequence of his or her legitimate exercise of their rights”. The South African government is failing to fulfil this obligation.

This involves implementing legislative and policy measures that prohibit repression, such as anti-SLAPP legislation, and measures that better protect activists who have been victimised or who are at risk of victimisation. The government must also consider creating an ombudsman for insufficiently protected groups such as whistleblowers. Other mechanisms could include anti-repression campaigns.

Activist movements such as Abahlali bring to light the pressing issues facing our country. Their work in demanding change cannot and should not be met with violence and death. Public participation is a critical feature of our constitutional order, and must be encouraged, embraced and carefully guarded. Violent repression of activists has no place in South Africa.

Busisiwe Kamolane-Kgadima and Jessie Ditshego are based at the Centre for Applied Legal Studies, Wits University.