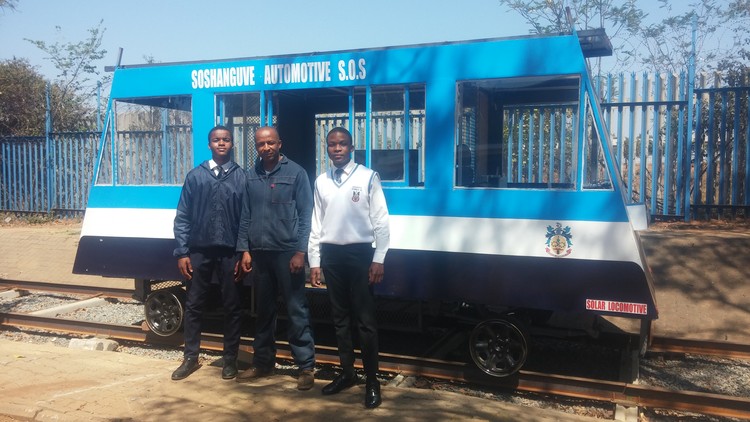 Hard work and sacrifice have paid off for several learners from Soshanguve Technical High School of automotive specialisation. They designed and built a one-of-a-kind solar powered train locomotive.

Fondly named Modjadji, after the Rain Queen of the people of Limpopo, it is blue and white, with mirrors, wipers, carpets and enough space inside for two passengers.

Grade 12 innovator Lethabo Nkadimeng said the country’s energy crisis and rising fuel costs inspired them to make a solar train. They started working on the locomotive in 2020.

“I’m honoured to have been part of such an innovation. We sacrificed a lot of our time and I’m grateful I never gave up,” said Nkadimeng.

The train is powered with a solar panel, has power sockets and a TV screen. It currently runs at 30 kilometres per hour. “We still want to extend the platform and make it longer, and to test its full speed.”

Nkadimeng said they were also hoping to change the perception around technical schools and to inspire their peers to dream big.

“We also used a lot of theory which informed the practical side of building the train. We want to inspire other learners. We need to be innovative and think like entrepreneurs,” he said.

Nkadimeng said he has already received offers to study Computer Science at Stellenbosch University and Civil Engineering at the University of Cape Town.

Mpho Bongwe, who also worked on the train, said while they were doing research for the project, they visited Transnet. He said one of the employees scoffed at their idea, saying it was “impossible”.

“But we never stopped and managed to pull it off. We would like to inspire kids to also think beyond the impossible. I’m inspired by countries like China that support kids to be innovative. We hope the train will break the limits in the way we think,” he said.

The school operated as a technical high school after 1996 and was relaunched as a school of specialisation, with a special focus on the automotive sector in 2019. The school has over 800 learners. The school is also in close proximity to major automotive plants such as Nissan and BMW in the Rosslyn industrial area. 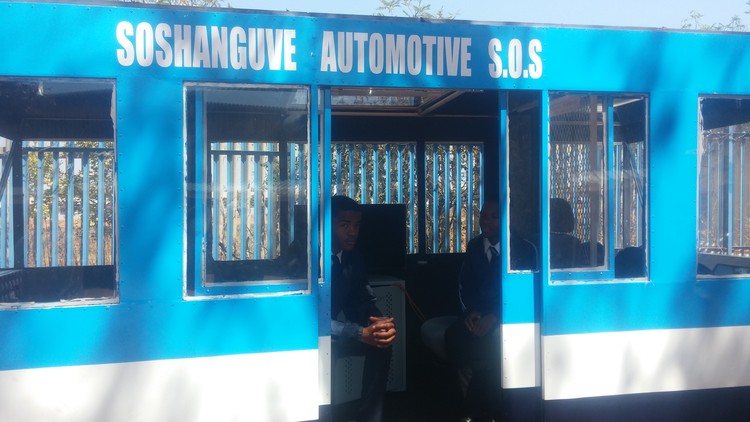 The train has enough space inside for two passengers and currently runs at 30 kilometres per hour.

Principal Amos Mashiane told GroundUp that he couldn’t be more proud of the learners. “It stands for the core values of this school which are creativity and innovation. It took a year and a half to complete this train … On Christmas day and New Years those learners were working,” he said.

“We worked with the little funds … We are now asking for investment because it can work.” He said they needed to import a motor for the train from China because they could not find one locally.

Mashiane said the total cost of the train was just shy of half a million. He said a grant from the Gauteng Department of Education helped them cover the cost of building the train.

The principal said he still hopes they can expand the school to accommodate more learners.

Kgomotso Maimane, who was mentoring the learners through the project, said, “Learners from different trades within the school were involved in the project. It involved a lot of thinking outside the box. It was tough but you could see they were not giving up.

“The literature review and research alone took them months. It was not an easy thing to do,” said Maimane. 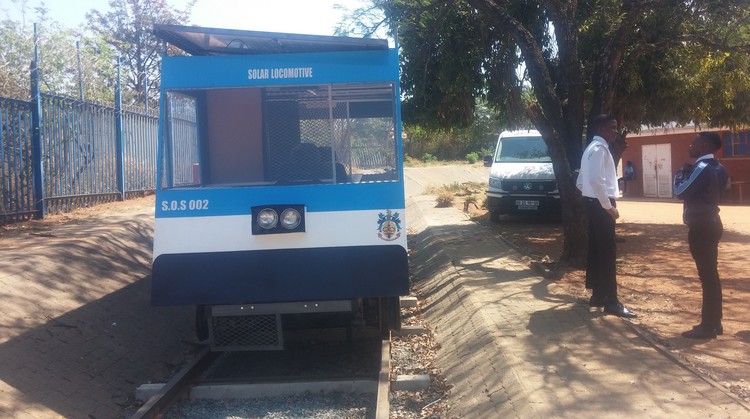 Last Thursday, the group exhibited their solar train at the Sasol Innovation Expo at Carnival City in Brakpan, on the East Rand. One of the learners will present and participate at Eskom’s expo for young scientists in Johannesburg in December.

Next:  Gqeberha taxi driver dies after crashing into a protest barricade