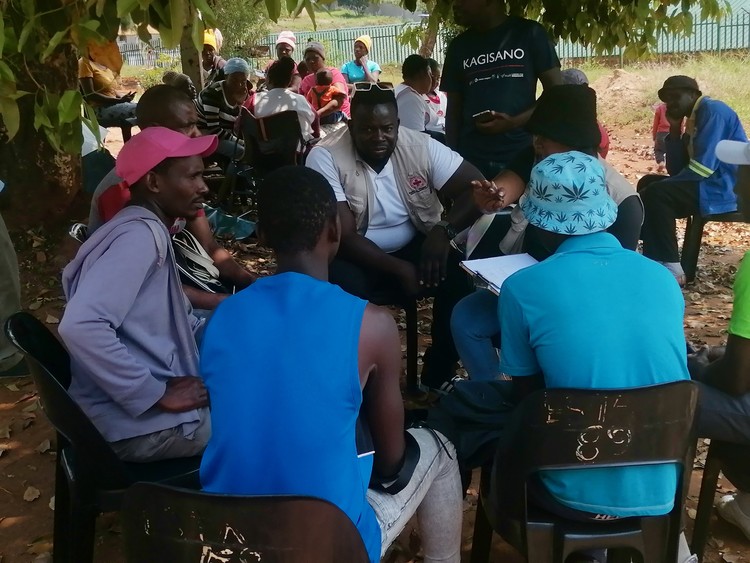 More than 200 immigrants fled into the bush after three Zimbabweans accused of cable theft were burnt to death in Elim, Limpopo, ten days ago. Civil society organisations and Lawyers for Human Rights are trying to calm the situation in local villages and feed and house the displaced families.

Zimbabweans who came forward for help say there are many more people who have fled to the bush and are too afraid to come out into the open and get help.

The Zimbabwean Consulate in South Africa on Saturday dispatched a team to Elim to profile Zimbabweans living in Chavani, Bokisi and Shirley villages and assess the situation.

“We encourage Zimbabweans to immediately get hold of the consulate when facing similar situations,” said Melody Chaurura, the Zimbabwean Consul General.

Last Thursday, Njhakanjhaka tribal council, Lawyers for Human Rights (LHR) and its Kagisano project, and representatives of the displaced immigrants met at the tribal offices. It was resolved that: an anti-crime task team would be formed; all immigrants would register in their villages through local leadership; and LHR, Kagisano, Akanani Rural Development Agency and Vumbanani for Peace Building would develop a campaign in the affected areas to stop attacks on immigrants.

Most of the displaced people told Groundup that they are prepared to leave South Africa but they are unable to meet the costs involved.

A 26-year-old mother, carrying her week-old baby, said, “The situation is very bad for me. I remember the evening when we fled our home. I had just been discharged from hospital. Realising that the vigilante group was after us, my husband grabbed my week-old and the three-year-old. They ran away. But I could not run, as I am still in birth pain.”

“From 8pm until 11pm I was walking alone in the bush, not sure of where I would end up. Around 11pm, I knocked at a home. Luckily they welcomed me. I charged my phone and communicated with my husband. My husband later hired a car to pick me up,” she said.

On Friday at the Njhakanjhaka Tribal office, the Musina Red Cross branch met a group of about 25 Zimbabweans, including infants. The Red Cross offered free telephone services to help people reach their relatives.

We saw no Mozambicans or Malawians, though citizens of these countries are known to have fled to the bush as well.

Herman Moyana, from the Red Cross, said, “We are going to provide food, but we are not sure until when, as we are donor-funded. But our plan is to support them until the situation is calm. For accommodation we will talk to traditional authorities. We will knock on donor doors so that we can be assisted.”

Limpopo Department of Social Development media liaison officer Adele van Der Linde said the department did not have shelter for adults but did have shelters for children separated from their families. “Our social workers … are working hand in hand with the traditional authorities to see how they can assist,” she said. 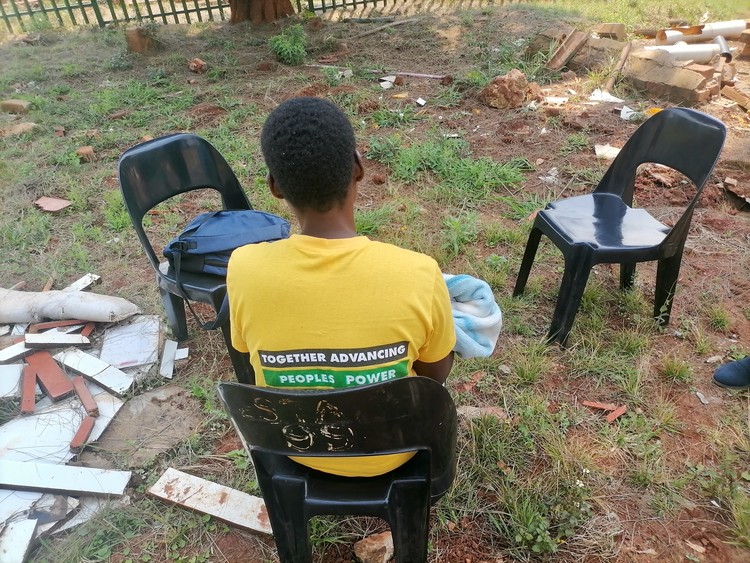 This 26-year-old Zimbabwean mother of a seven-day-old child had only just been discharged from hospital when she had to flee for fear of her life.

Next:  Plettenberg Bay community celebrates their African heritage in defiance of xenophobia