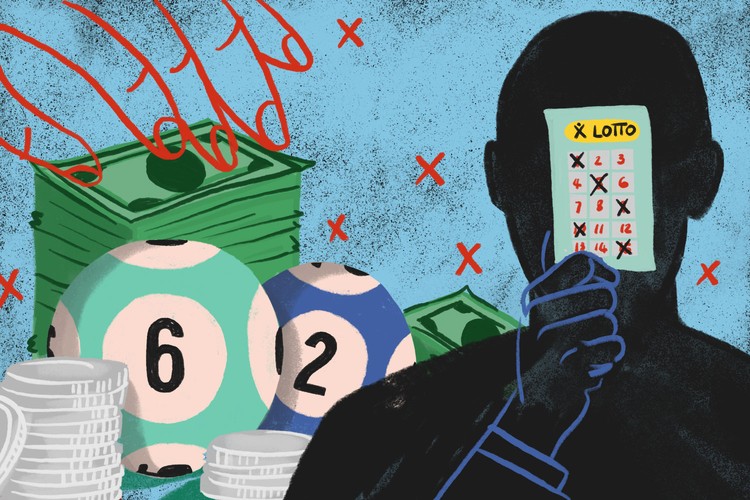 Since 2016, the Southern African Youth Movement has received R27-million to build a rehabilitation centre in Mpumalanga. It is yet to open. Graphic: Lisa Nelson

But almost six years later, and with almost R27-million in grants paid to SAYM for the project, the rehab near Mbombela (formerly Nelspruit) was still not operational when GroundUp visited the site in October.

According to a 2021 investigation by audit firm Nexius SAB&T, leaked to GroundUp, the initial funding allocated and paid to SAYM in 2016 to build the Mbombela rehab was for R17-million, although it had applied for R27.4-million. This included R2-million for operating costs.

Then, less than five months later – sometime between February and March 2017 – SAYM successfully applied to the NLC for a further R5-million to build an “indoor sports centre”, according to the Nexius report.

Yet, when GroundUp visited the project in October this year, almost six years later, construction of the sports centre, which only began earlier this year, was still continuing.

There are no patients or staff and the facility is yet to get a licence to operate from the Department of Social Development (DSD).

A further R4.8-million was allocated to the project in the 2020/21 financial year (reflected in the NLC annual report) at a time when work on the project had stalled because of an apparent lack of funds.

SAYM sent us photographs of the supposedly completed interior of the rehab. But we were unable to independently confirm this as we did not have access to the property and could only view it from a neighbouring one.

In a written answer in response to questions from GroundUp, SAYM board chairperson Dr Lekgotla Mafisa said they had chipped in additional money to provide some facilities at the rehab.

“Take note that landscaping and stormwater are not originally part of the scope, as well as the swimming pool and the waste building. These were considered with finishings, and they were done at SAYM’s own cost as per licence requirements,” he wrote.

“We also know that the NLC is conducting due diligence to complete the project, and they have already visited our projects.”

The funding for the rehab was part of several grants totalling over R67.5-million doled out to SAYM-related entities since 2016. The grants are all recorded in NLC annual reports under several different variations of the organisation’s name.

At the centre of the grants is the involvement of SAYM executive director Alfred Sigudhla, who has enjoyed a close relationship with the NLC and its predecessor, the National Lotteries Board. Both Sigudhla and Sello Pietersen, then-Assistant Program Manager of SAYM, gave evidence to Parliament in support of amendments to the Lotteries Act which included proposals for the introduction of proactive funding. In the years that followed, SAYM would receive tens of millions of rands in proactive funding for several projects.

The funded projects include an old age home in Botshabelo, which SAYM says is complete, but which is also still not operational six years after receiving millions in grant funding. It also received R15-million for a musical that was meant to tour three provinces but appears to have only staged a handful of performances in one province.

GroundUp has confirmed that all SAYM’s grants are under investigation by the Special Investigating Unit (SIU).

Asked about this, Mafisa said that it is the NLC and not the SAYM that is under investigation, but that SAYM has co-operated with all “all state organs and provided information to enable them to take whatever decision is in the interest of law and order”.

SAYM told GroundUp that it applied to the Department of Social Development (DSD) for a licence to operate the rehab. But SAYM only sent us a letter from DSD dated September 2017. This letter listed 15 requirements that have to be met before their application would be “considered for assessment and registration”.

An investigation by audit firm Nexius SAB&T, which was commissioned by Ebrahim Patel, the Minister of Trade, Industry and Competition, uncovered numerous problems related to the rehab grant.

The report, which was submitted in September 2021, was recently leaked to GroundUp.

“The short time period between the date of the application for funds (19 September 2016) and the award of funds (7 October 2016) suggests intervention from senior NLC officials, as similar applications normally take months, if not years to finalise,” Nexius wrote in its report.

Nexius investigators reported several issues they found after a site visit to the rehab in March 2021, by which time SAYM had received almost R22-million.

“Photos of the construction were taken during a site visit and it was clear that the value of construction work at the Drug Rehab Centre fell far short of the R22-million that was paid by the NLC [at that time],” according to the report.

They also reported that:

Nexius stated in its report: “It is recommended that the matter be referred to the South African Police Service and that criminal charges be brought against Mr. Sigudhla … as prima facie evidence exists that funds earmarked for a drug rehabilitation centre may not have been utilised for that purpose.”

Nexius also recommended further investigations be done into how the money was spent, including to whom SAYM paid funds from the grant.

The report is also highly critical of the NLC’s failure to keep track of the project’s finances.

Nexius also said it was unsuccessful in trying to obtain documents about the project from the NLC. 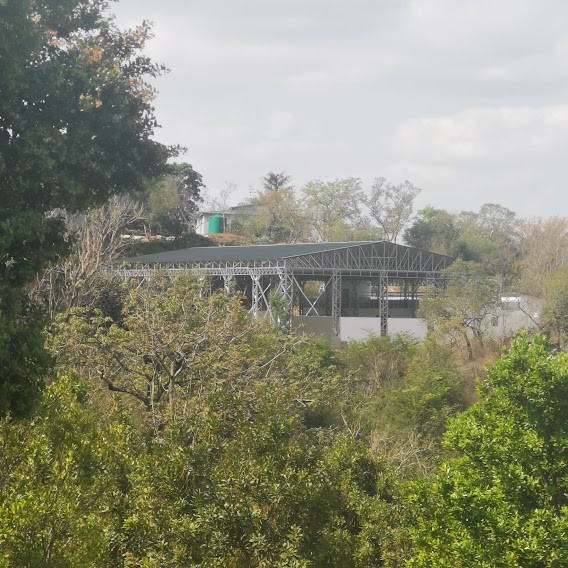 Neighbours up in arms

The rehab is set in the picturesque Renosterkop Valley, a few kilometres outside Mbombela. The area is zoned for residential and farming uses, and SAYM was required to rezone the property before building and operating a rehab on it.

SAYM began construction “on an unknown date, but before the relevant building plans were approved by the Mbombela City Council”, Nexius said in its report.

The “indoor sports centre” is visible from a distance. The huge, towering building is at odds with the tranquil valley, which teems with indigenous wildlife and flora. A pristine river, with mineral-rich water that is safe to drink, runs through the valley.

Polla Nel, who farms macadamia nuts on two properties abutting the centre, says that between 40 and 50 farms depend on the river and could be affected if sewage from the centre spills into it.

“The water from the river flows into the Sterkspruit and then the Crocodile River. Everyone who depends on water from those rivers will be affected if there are not proper sewerage systems at the rehab,” he says.

Nel says that the SAYM has ridden roughshod over the rights of local landowners, while pleas to the NLC to intervene have fallen on deaf ears.

But SAYM told GroundUp: “We engaged in a wide range of consultation processes concerning the construction of the rehabilitation centre, which led to the Mbombela Municipality council taking a resolution to support the project.

“We believe that Mbombela Municipality represents its residents. Furthermore, there are Memorandums of Understanding between SAYM and the municipality on all the projects implemented in the city. The municipality had no objection to the construction and the plans submitted for approval.”

Among the objections is the placing of a drug rehab in the middle of a rural residential area, which residents say poses a security risk to them.

Residents are also objecting to the fact that construction began without building plans or rezoning first being approved by the Mbombela Municipality.

Lawyers funded by the landowners have been fighting the development, but despite mounting costs have been unable to stop it.

A meeting at a local restaurant, attended by municipal officials, landowners and SAYM representatives, was acrimonious and did little to resolve the problems, says Nel.

Nel took GroundUp on a tour of his property. We were able to view parts of the rehab from his property and from a road running past it.

The rehab currently does not have proper power or water supplies, and water to fill storage tanks on the property is trucked in by the municipality.

SAYM also submitted a proposal to the Mbombela Municipality that included a three-year, R27-million budget for a rehab facility in Kuruman, in the Northern Cape, a nine-hour drive away.

At one point the proposal states: “Therefore, the SAYM plan seeks to contribute and address problems of drug and substance abuse in line with National Policy Framework in the Community of Kuruman.”

The NLC has also funded an unfinished rehab in Kuruman, but there is no evidence suggesting that SAYM was involved in this project.

GroundUp twice asked SAYM detailed questions about whether or not it was involved in the Kuruman rehab project, but we did not get a response.

Early last month building came to an abrupt stop. Then work restarted in the past few weeks, according to people in the area. Jacques Fourie, who lives on a property abutting the rehab, said that the builders had often worked in fits and starts.

Responding to GroundUp, the NLC stated: “We confirm that the South African Youth Movement has received funding from the NLC.

“We are unfortunately unable to refer to any documentation or verify information regarding the enquiry, as all Proactive Funding files have been seized by the Special Investigation Unit as part of their ongoing investigation.”

Next:  “If they are coming to drill oil, who can guarantee there will be fish left in 15 years time?”

Previous:  Video: Snake handler has caught twice as many snakes this season. He explains why