Much needed legislation has not moved since 2017. It’s up to us, the public, to put pressure on our elected leaders to finish the job. 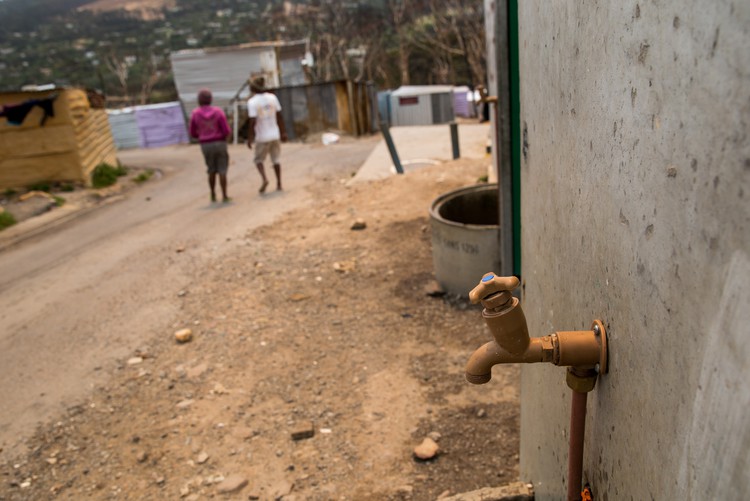 Archive photo of a tap inside the Imizamo Yethu informal settlement in Hout Bay. Ashraf Hendricks

All South Africans are guaranteed the right to access adequate water under Section 27(1) of the Constitution and it is the responsibility of the state to gradually realise this right within its available resources. However, for many families living in informal settlements and rural areas, their right to water and sanitation has yet to be realised.

The national Department of Water and Sanitation (DWS) indicated in September 2017 that it had developed a draft set of Norms and Standards for Domestic Water and Sanitation services, but these were never published for comments or formally approved by government for implementation.

The norms and standards are an important piece of legislation that regulates the provision of water and other basic services. It provides a set of standardised criteria that cannot be deviated from. It addresses fundamental aspects such as the minimum amount of water that people need access to on a daily basis, and the maximum number of people that can use a communal toilet. This legislation directly affects the quality of life of millions of South Africans.

And yet there has been little to no clear indication when the final revised draft norms and standards will be published for public comment. Answering a parliamentary question, Minister of Water and Sanitation Senzo Mchunu said the draft would be released by 15 October 2022.

Without the norms and standards, municipalities and other government structures have been left to develop their own, as long as they are aligned to the 2001 broad regulations relating to compulsory national standards and measures to conserve water.

This means that over the course of 20 odd years, the legislation has not been revised nor received the proper attention needed to accommodate the changes that have occurred in rural and urban settings across the country. Policy has therefore focused on addressing water services and backlogs in suburban areas, overlooking the challenges prevalent in informal settlements and rural contexts.

One of the major issues with current policy is that it perpetuates the lack of accountability municipalities have enjoyed in providing inadequate basic services to lower income communities. As a result, according to research conducted by Afesis-corplan, many informal settlements and rural areas are grossly underserved because of inadequate national norms and standards being in place.

According to a submission by the Social Justice Coalition (SJC) in the Western Cape hearings on this matter, while government statistics might indicate a high level of access to water and sanitation, the norms and standards being used to ascertain access levels are incorrect. “Many local and provincial governments have no real understanding of how many people live in settlements, particularly in informal settlements. Without having this information, it is impossible to provide services to all,” the SJC noted.

Public participation is a fundamental feature in a democratic process that allows for the issues, concerns and suggestions of experts, organisations, and communities to make their voices heard. The department will be seeking input from the public on the expected new draft norms and standards prior to them being formalised.

It is therefore important that the public is vigilant and aware of the valuable opportunity for those who are interested in water and sanitation issues, in urban and rural contexts, to come together and put forward recommendations for what they believe should be included in the final norms and standards that are approved for the country.

We need to ensure that the content of any revised set of norms and standards ultimately, in a progressive manner, leads to a situation where everyone living in informal settlements, rural communities and other inadequately served areas have access to sufficient water and sanitation.

Mduduzi Ntongana is Programme Officer in the Basic Services Unit at Afesis-corplan, a development NGO based in East London.

Previous:  Army of fake companies used to defraud the Lottery