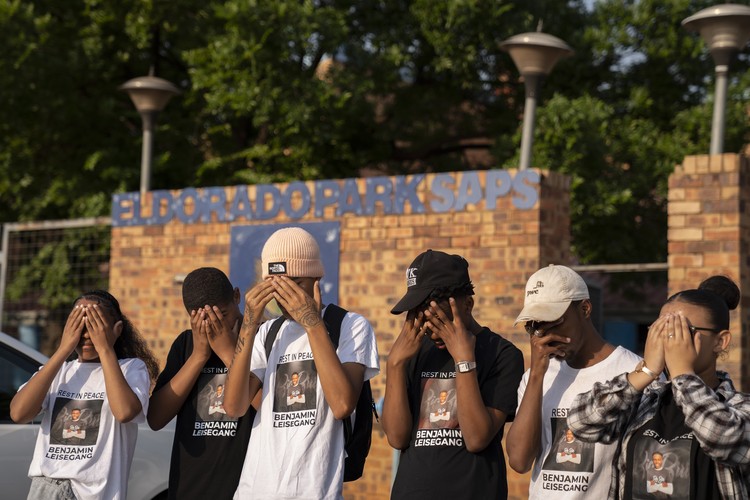 Residents of Eldorado Park in Johannesburg have set up a camp outside the police station to protest against what they say is lack of action on gun violence.

“Death and lawlessness has been happening in Eldorado Park for the longest time,” said activist Dereleen James. “It’s just that you see a rampant increase.”

She said instead of finding bodies once a month, “we are finding them weekly and we are now down to daily as a result of the drug turf war that is happening in our community”.

After a shooting on the night of Saturday 10 September, which left two youngsters dead, protesters took to the streets and blocked off some of the main roads, calling on the police to arrest the suspects. The victims were buried on Sunday night, but by Monday morning another shooting had taken place, claiming another life.

On Monday night a meeting was held at the police station attended by National Police Commissioner Fannie Masemola. He promised to increase the number of police in Eldorado Park, and he encouraged the community to work with the police.

Residents claim that names and addresses of gang leaders and shooters are known to the police but nothing has been done. They say people are arrested but released on bail a few days later. A statement released by a group of community activists claimed that 13 people had been gunned down in one week. 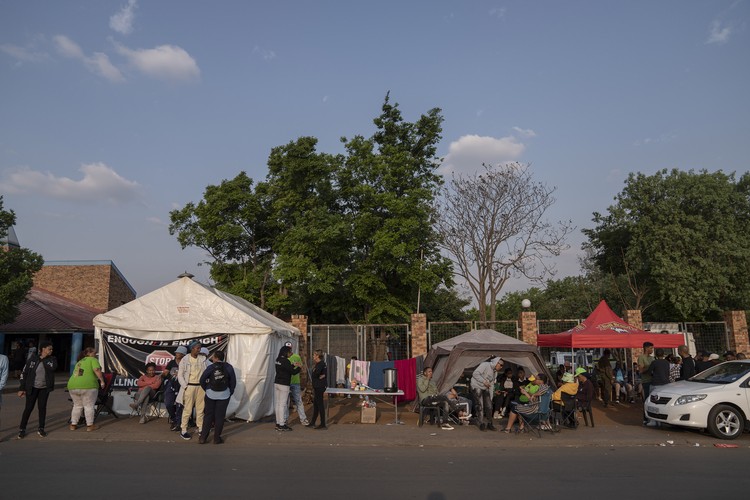 “We have met and we have tried to find amicable solutions. We have met with departments. We’ve had meetings behind closed doors. We have marched. We have signed petitions. We have done it all. So today, as of last night, we have resorted to pitching our tents here because we feel like refugees in our own community,” said James. “We are going to be staying here until we see all national departments respond to the crisis in Eldorado Park.”

The protesters want an additional police station in the neighbouring township of Freedom Park, an intelligence-driven police operation lasting at least six months, the demolition of illegal structures they say have become crime hot spots, and for the City of Joburg to fix street lights so that the area is well lit at night.

Benjamin Leisegang, 19, was one of the victims of a recent shooting in Eldorado Park. On the night of 24 August, gunmen opened fire on a group of teenagers, wounding seven, including Leisegang, who succumbed to his injuries.

Some of his friends arrived to join the protest outside the police station wearing T-shirts bearing his picture. “He wasn’t just a friend, he was like my brother,” said Mickyle Matthews. “The police must just do their job and protect us because we are supposed to feel safe in our community.”

Activists involved in the protest say they have received death threats from gang members. “We have no option but to continue; we have to for our children’s sake. If I don’t do anything now, tomorrow I could be burying my own child,” said one of the women camped outside the police station. 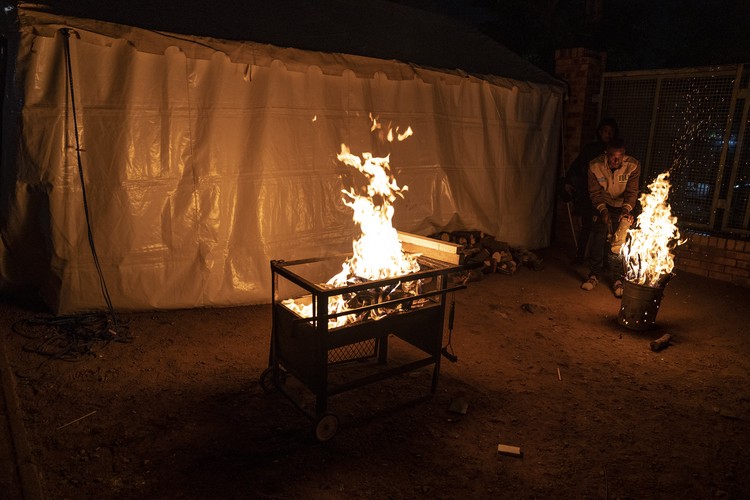 A protester lights a few fires for warmth at the camp outside the local police station.

Previous:  A small patch of carpet is all that’s left of his home