Satellite station in ruins as shootings rise in township 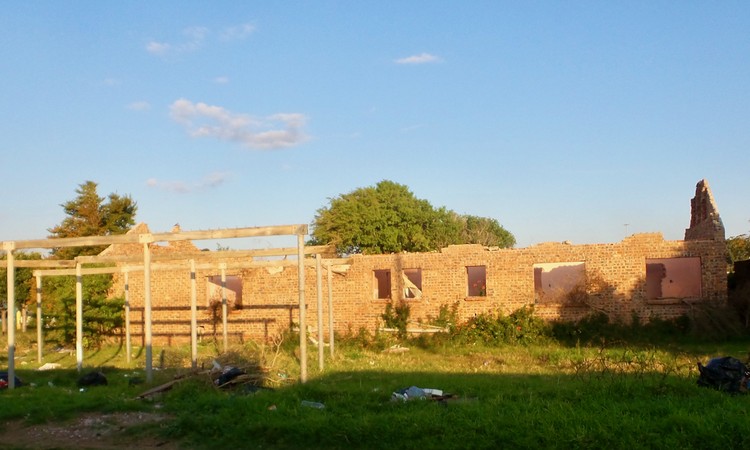 “Police are concerned about the recent number of shooting incidents in the Walmer location,” police spokesperson Colonel Priscilla Naidu says. “The Provincial Organised Crime Investigation in Gqeberha are investigating the murders in Walmer.”

Residents blame a lack of patrols and policing for rising crime and shootings.

“I make numerous prayers every day before leaving home for work,” said a woman, who sells fruit and vegetables at the main taxi rank.

The Fountain satellite police station in Walmer township was closed in early 2017 because the building was in poor condition. Nine months later there were demonstrations over its closure and rubber bullets were used to disperse protesting residents. The abandoned building, left to be looted and vandalised, is now a mere ruin.

“It takes long periods of time to see a police van patrolling the area,” said a resident of eight years in the township. He only wanted to be identified as Tom. He said his cousin was shot dead in a tavern.

Democratic Alliance spokesperson for community safety Bobby Stevenson said, “The number of murders in Walmer policing area for the first three months of 2022 was 13, as compared to four murders in 2021 for the same period.”

“The Eastern Cape has the highest murder rate in South Africa as a percentage of the population,” said Stevenson.

“Currently there is a long outstanding petition before the legislature on the issue of the police station. The situation in Walmer tells a story of a community held hostage by fear of the criminal element,” said Stevenson.

Colonel Naidu said the satellite police station building belongs to the municipality. It was leased by Public Works on behalf of the police according to a 2017 News24 report.

Naidu said that manpower from other police stations is deployed from time to time in hotspot areas, but none outside the district had yet been assigned to Walmer.

Ward 4 Councillor Nozuko Mbambo (ANC) has not responded to our questions.