Parents shut down schools and clinic in Pietermaritzburg

They are demanding that a principal be fired 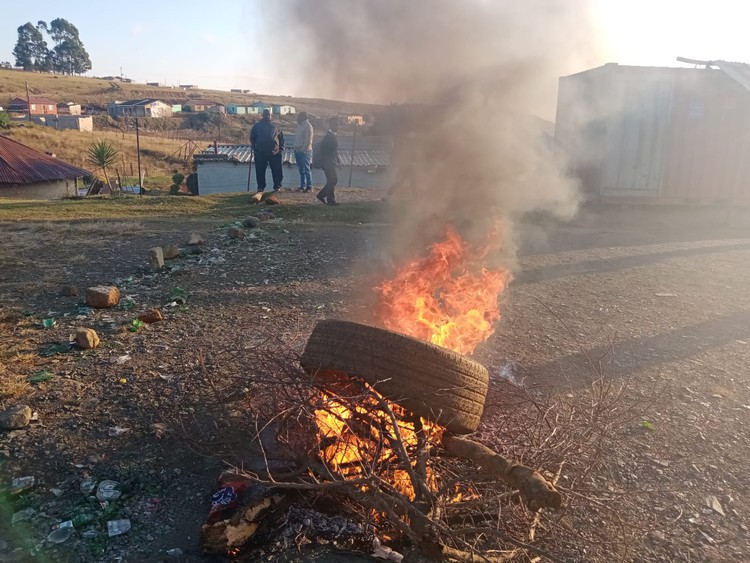 Two schools and a clinic in Ngubeni, Pietermaritzburg have been closed since Monday. Parents are demanding that a principal be removed and that the schools be refurbished. Photo: Nompendulo Ngubane

Parents in Ngubeni location in Pietermaritzburg have been protesting for three days because they want a principal, who they accuse of poorly managing a school, to be fired.

This is the second time in two months that parents have shut down the schools, demanding that they be refurbished.

Bhekamatshe Primary and Bhekuximba Secondary as well as a community clinic have been forcefully closed since Monday. Parents say that despite their demands for the principal of Bhekuximba to be removed in 2019, he has still been managing the school remotely from the education department’s offices.

“We want him gone for good,” said one of the protesting parents. “Although [the principal] doesn’t come to the school, he still manages it. He has failed the school and is no longer welcomed here. We no longer want to discuss anything with the department’s district management. MEC [Kwazi Mshengu] must come and speak to us himself,” she said.

On Wednesday, several roads to the schools and the clinic were blocked with burning tyres and broken bottles.

Parents complained that the school’s windows are broken, the roof leaks and some doors are broken. The school has no sports activities and because there is no fence, there are grazing cows, goats and horses on the school grounds.

“Everything is falling apart. Some parents have already moved their children to other schools. We want to see the school developed and better. The school carries the history of Ngubeni. We don’t want to see it shutdown one day because it was poorly managed,” said the parent.

When asked about the allegations against the principal, spokesperson for the provincial Department of Education, Muzi Mahlambi, said, “The department is attending to the matter” but added that he was concerned that learning had been disrupted by protesters.

Next:  Shoddy maintenance and safety concerns at Joburg’s landmark market