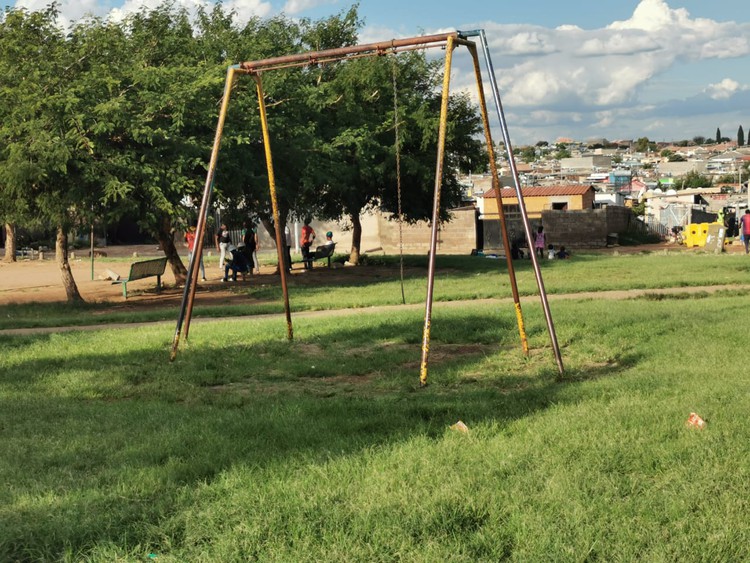 Burgers Park was once a popular recreational spot in the centre of Tshwane. It is now run down, with broken fences and rusted infrastructure, and has become a hotspot for crime.

At Venning Park, sections of the fence have been stolen. Jubilee Park has become a dumping site for the residents of Sunnyside. Cycad Crescent Park’s playground equipment and public seating is broken and rusting - and these days it is more often used as a car park. Pieter Human Park, Cassandra Park in Ga-Rankuwa and Prince Park are shadows of their former selves.

Years of neglect have scared people away from most of the city’s once-bustling public spaces. GroundUp visited parks across the city, and found that just Magnolia Dell, Springbok and Jan Cilliers Parks have acceptable infrastructure.

But there is little hope for renewal in the short-term, with City spending limited to maintenance work such as cutting grass.

City of Tshwane’s Group Executive for Environment and Agriculture, Abel Malaka told GroundUp that all the city’s parks require at least some refurbishment or upgrades, due to vandalism, theft of park infrastructure, or poor maintenance.

Malaka told GroundUp that the city has no capital budget allocated to the development or upgrading of neighbourhood parks this financial year. “As and when the City makes funding available, the focus and prioritisation … will be geared towards parks that are categorised as regional parks with multi-purpose… parks that incorporate sports and recreational facilities.”

“Unfortunately we have a number of parks that need refurbishment. These parks were neglected for years by the past administration leading to their current dilapidated state,” Stuurman said. He said that restoring the parks will be a massive and costly undertaking. 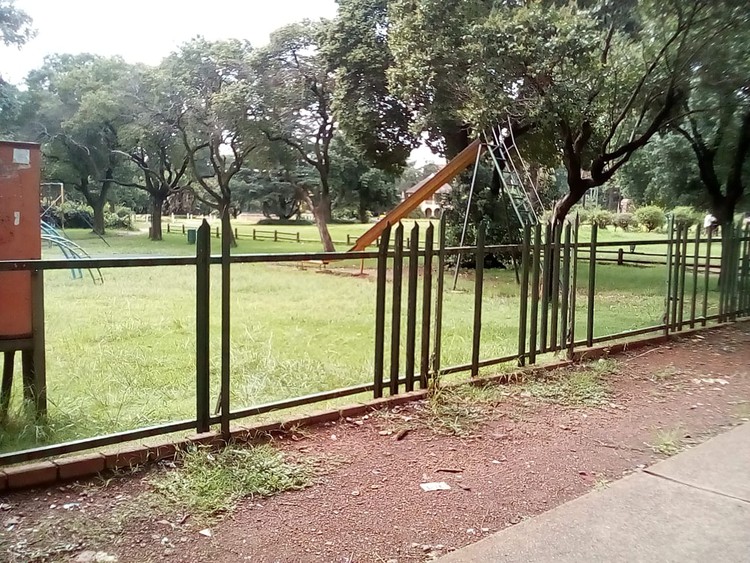 Most of the fencing at Burgers Park has been stolen.

Phatlalatjo Mapheto, who lives near Burgers Park, said the park was once a place where she would relax with friends. “The whole park is left to become home to nyaope boys. That place holds a lot of memories for most of us and it’s sad seeing it like this.”

Angel Dludlu said she no longer takes her children to Burgers Park though it’s near their home, as she rarely sees metro police patrolling. “Our kids are no longer safe,” she said.

Thabiso Phalane lives near Cycad Park. “This park has been without a fence since it was built, and that was a very bad idea, because it is close to the busiest road.” He said the playground apparatus was broken.

In response to residents’ concerns over safety at city parks, Stuurman said metro police would be deployed to patrol and enforce the bylaws at the parks.

Ezekiel Kekana is an Open Society Foundation Fellow at the University of the Witwatersrand.

Next:  Thousands of people have been without running water for four months. No one can say when the problem will be fixed

Previous:  Public schools shut down in Makhanda due to bungled payroll