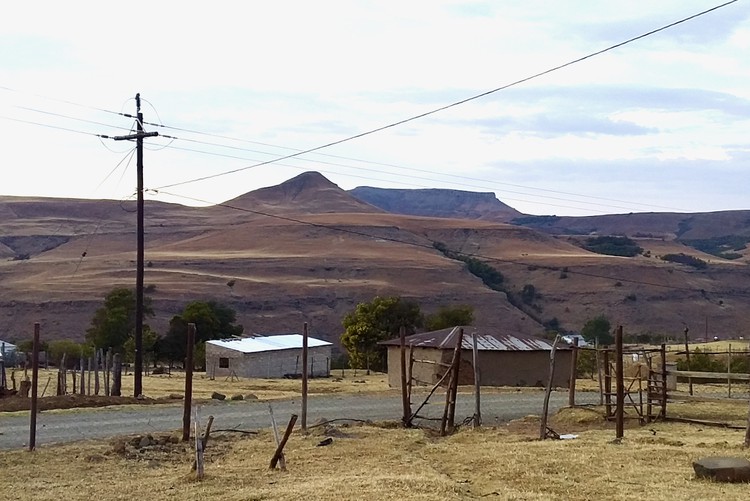 A year after a construction company abandoned the site, villagers want to know when will they get electrification from a project that started in 2014. Photo: Nombulelo Damba-Hendrik

In 2014 a tender worth R31.2 million was awarded by the Mzimvubu Local Municipality in the Eastern Cape to electrify seven villages near Mount Frere.

To date only two villages have electricity.

In the villages of Sivumela and Zigadini, electricity poles were set up four years ago and then left.

According to the villagers, by August 2019 the construction company had abandoned all its work sites.

But Mzimvubu Local Municipality spokesperson Nokhanyo Zembe said the construction company and RPS Ilangabi, a BEE consulting electrical engineering firm, had left the site without the consent of the municipality.

She said the reason remains unclear, but under the contract all payments went directly to RPS Ilangabi and the construction company was claiming RPS Ilangabi owed it R12 million. She said RPS Ilangabi was not answering the municipality’s calls.

Zembe said the contract ended in June 2019. The municipality had to date paid out R6.15 million since 2014, only for work it was satisfied with.

According to Zembe the total cost for the electrification of the 410 households in Zigadini and Sivumela is R8.2 million and an additional 37 households were being considered for another R740,000.

The municipality would not supply the details of the construction company.

Regis Masuku of RPS Ilangabi said, “We no longer have a contract with the municipality and I cannot comment on any allegations.”

Meanwhile villagers in Zigadini and Sivumela said they have lost hope of getting electricity. They also don’t have tap water. Instead they use a nearby river.

In the past year, the villagers have collected money and sent delegates to the municipality to get answers only to return with empty promises. Pat Jali, from Zigadini village, said, “Every month we are collecting R10 each house to send people to town to meet with municipality officials, but they are playing with us … They are not assisting us.

“This village is very old. We have old people who were born in 1938 here and they grew up here. Since 1994, people from this village have been voting but there’s no change.”

Ward committee member Bongeka Gcadinja said Sivumela was supposed to be the second location to have electricity and Zigadini the third location, but both were skipped by the construction company.

“The project went very slowly, because they will do one thing, like put up electric poles, then leave for months with no explanation,” she said.

Zembe said the appointment of a contractor is anticipated before 15 October 2020. Completion of work will take almost a month, as most of it has been done,” she said.

Next:  Concerns over appointment process for new head of Parliamentary Budget Office

No electricity, no RDP house, no water, no road

In Mount Frere in Sijika Village, things are very bad. We don't have water or electricity. RDP projects are not moving forward since they were started in 2014. We have no roads but we are the first people to be remembered when the time of voting has arrived. No ground for people who are playing soccer and netball. We are living in the dark. We drink water with the livestock. Please can you consider us now with electricity? We've been lied to for a very long time and this time we won't vote.