Many mysteries surround the death of ‘Facebook rapist’ Thabo Bester

SAPS says the outcome of DNA tests to determine the body’s identity can be expected “at any stage”, six months on from the fire. 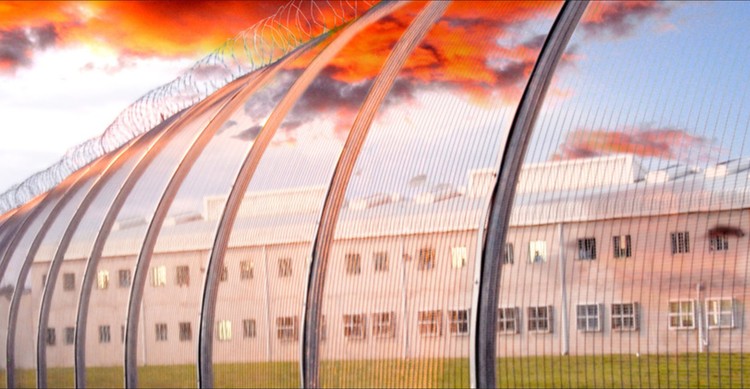 On 3 May 2022, the Department of Correctional Services (DCS) reported that convicted rapist and murderer Thabo Bester had been found dead in his cell at the Mangaung private prison in Bloemfontein. A mattress had been set alight in the cell in which Bester had been isolated. A body was beneath, burned beyond recognition.

Six months on, the circumstances surrounding his death are still murky.

Investigations launched during May by DCS, the South African Police Service (SAPS) and the Judicial Inspectorate for Correctional Services (JICS) are not complete. JICS’ investigation relies on documents from other governmental departments.

Basic questions still do not have answers:

GroundUp can reveal that even DNA testing on the body found in the cell has not been completed.

Who was Thabo Bester?

Bester was called the “Facebook rapist” because he used the social media platform to lure women with claims that international modelling scouts were interested in them. He would then rape them and rob them using a knife. He also murdered at least one of his victims. In 2012, he was sentenced to life imprisonment for these crimes.

Bester was housed in Mangaung Prison, a maximum security prison, and the second largest private prison in the world. The prison is run by G4S, a multinational security company.

According to DCS, a fire broke out in Bester’s single cell on 3 May 2022. At the time, DCS spokesperson Singabakho Nxumalo announced that the body found in the cell was Bester, and this was widely reported in the media.

Even then, the circumstances of Bester’s death were seen as suspicious.

An anonymous source quoted in the Sunday Independent in May suggested that Bester had been vocal about his life being in danger days before the fire. They told the paper, “Thabo complained to the prison management that there was a hit on him after he failed to pay a protection fee to the members of the 26 Gang, instead he was dragged to solitary confinement kicking and screaming last week Friday against his will.”

Fire in the cell

Two weeks ago, GroundUp received word that Bester’s death may not be what it seems.

When we first sent questions to DCS, Nxumalo told us, “We are able to confirm that the inmate in question [Bester] passed away on 3 May 2022. As required by law, an inquest docket was opened and there is cooperation with authorities in that regard.”

But Nxumalo’s certainty was not shared by JICS.

Emerantia Cupido, spokesperson for JICS told GroundUp that the body found in the cell had not yet been identified, because they have not been given “forensic reports and other Medico-Legal documents” that would allow them to confirm the identity of the body.

Cupido said the JICS investigation could only be completed, “as soon as all outstanding documents are received”. She said that JICS has “interviewed several officials and inmates during its investigation”.

SAPS Free State spokesperson Brigadier Motantsi Makhele confirmed that DNA samples were taken from the body after the fire, and also said it is “still to be confirmed” whether the body is Bester’s.

Makhele said, “The matter was considered as urgent hence it was requested that it be prioritised. We are expecting the outcome thereof at any stage.”

GroundUp could not get SAPS or DCS to confirm whether Bester’s DNA existed on file.

And what of the urgency? Local private laboratory EasyDNA offers court-admissible DNA tests “within 5 to 7 working days from the moment the lab receives samples.” It is reasonable to assume that a case such as this should be able to produce DNA results in a comparable time-frame.

GroundUp spoke to two forensic pathologists who both said the DNA backlog extends until next year.

One pathologist explained that in most cases DNA can be recovered from burnt bodies to determine the person’s identity.

The Department of Health’s Forensic Pathology Services are responsible for the autopsy, and would confirm the cause of death.

Pathologists will also try to determine whether the person died before the fire or whether they died because of the fire. Once the person’s identity has been confirmed, the body will be released to the family.

GroundUp’s sources suggested that there were a few major rumours floating around Bester’s death, and talk of a cover-up.

Since investigations are still incomplete, rumours have been given air. A source has told GroundUp that a prison official (name known to us) had been suspended following the fire in the cell.

Suspicions have been raised by people who are investigating the fire that:

It was most likely Bester’s body that was found in his cell. He most likely died in the fire.

JICS told us that it was theoretically possible that Bester set himself alight since “inmates are allowed to have lighters if they smoke” and that cells contain flammable material, like clothing, mattresses, and paper.

Still - it is extraordinary that, in the most likely case, Bester was able to set a cell on fire in one the country’s most secure prisons.

If the Sunday Independent’s reports are to be trusted, Bester feared for his life before being placed in that cell.

At this stage the possibilities are

Possibility 5 is the most unlikely, but without a proper investigation none of these possibilities can be excluded.

Since our first round of questions, we have not been given any responses by DCS.

We have asked the Department of Health about the status of the autopsy.

We asked G4S, the British security firm managing the correctional facility, a number of questions, including about processes it follows when an inmate dies at the prison but we were referred to the DCS instead. A company official said that the terms of G4S’s contract forbid it from speaking to the media, even regarding procedural questions.

Next:  Dreams deferred for matriculants who can’t get IDs

Previous:  Terry Pheto’s house may go up for auction to recover Lottery funds