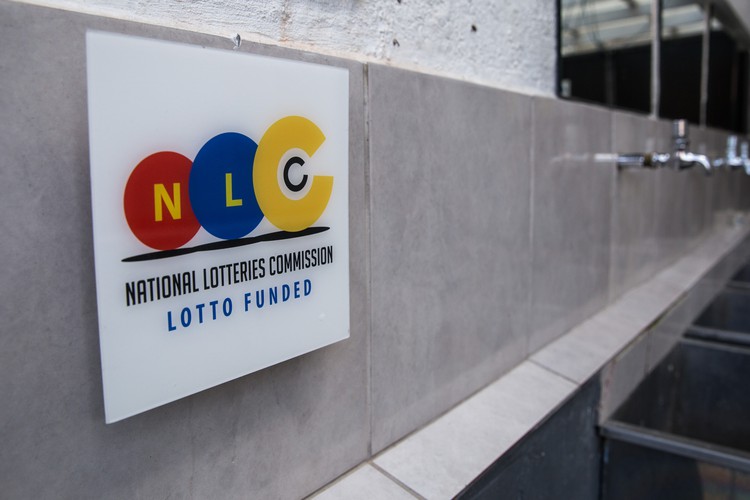 National Lotteries Commission (NLC) Chief Operating Officer Phillemon Letwaba has gone to court to have a forensic report into Lottery corruption declared illegal and set aside.

This is the second attempt to stop a corruption probe involving alleged NLC corruption.

Earlier this year, the Pretoria High Court dismissed an application by the NLC to set aside the 2020 appointment of independent investigators commissioned by Trade, Industry and Competition Minister Ebrahim Patel to probe corruption involving the NLC.

Central to Letwaba’s application for a judicial review is a claim that Abel Dlamini, the executive chairman of SkX protiviti (SkX), the company commissioned to do the report, is biased and has a conflict of interest. A non-profit “closely associated” with Dlamini received an almost R15-million grant from the NLC “through the proactive model” soon after SkX was appointed, Letwaba claims in papers submitted to the court. SkX and the NLC are named as respondents in the matter.

A source with knowledge of the case told GroundUp it appeared that neither the NLC nor SkX had yet filed responding papers. Dlamini and the NLC were asked for copies of their responses to Letwaba’s application, but neither responded.

In his application, Letwaba said that the conflict was with Dlamini’s relationship with Ubuntu Institute for Young Entrepreneurs, a non-profit company of which Dlamini’s apparent relatives Celenhle and Cedza Dlamini, are both directors.

GroundUp was previously tipped off about the grant to Ubuntu and Dlamini’s relationship to the directors. But we were unable to confirm this as the NLC is yet to publish its 2020/2021 annual report, where details of the grantees would be listed.

We have since confirmed that Ubuntu was allocated almost R15-million in September 2020, about seven months after SkX was appointed by the NLC to investigate corruption in the NLC. Ubuntu also received R10-million from the NLC in the 2015/16 financial year for an arts and culture project. It is unclear what these funded projects involved.

The Dlamini siblings, Celenhle and Cedza, are grandchildren of the late King Sobhuza II of Swaziland. Celenhle, who is chairperson of the National Arts Council uses the title “Princess” and “HRH”, while Cedza refers to himself as “Prince”.

Letwaba, in papers, said he believed that “a personal relationship” between Abel Dlamini and former NLC board member William Huma “will undermine the result of any investigation”.

Huma resigned as an NLC board member late last year after he was confronted with evidence of his alleged corruption uncovered by the Special Investigating Unit (SIU). GroundUp had earlier revealed how millions of rands were paid into Huma’s home loan by Lottery grant recipients.

That grant that was meant to uplift women in Marikana was instead used to pay for a state-of-the-art poultry facility in the North West owned by one of Huma’s companies. Millions from a grant meant for an old age home in Mpumalanga were also used to help pay for a luxury estate for Huma in North West.

Letwaba said he was “deeply concerned that [a] personal relationship” between Huma, who was still an NLC board member at the time of the application, and Dlamini would “undermine the result of an investigation”. He said this was a “clear conflict” in the appointment of SkX.

Letwaba said he was “concerned” that “the conspectus of the facts … will undermine the result of the investigation” by SkX.

Letwaba also claimed that there was “impugned administrative action” in the appointment of SkX as there had been “no competitive bidding as was required for services above R1-million”. He said the SkX contract was valued at R8-million. However, a May 2021 answer to a parliamentary question by NLC Commissioner Thabang Mampane stated that SkX had been paid R9.65-million “to date”.

He claimed that SkX’s appointment was unlawful in terms of the Promotion of Administrative Justice Act because it was “made for an ulterior purpose” on the “unauthorised or unwarranted dictates of another person” and “was made in bad faith” and/or “arbitrarily or capriciously”. Huma did not respond to our questions.

Millions paid but still no report

Despite almost R10-million being paid for the investigation, SkX’s report — commissioned in February 2020 — is yet to be released. GroundUp reliably understands that Minister Ebrahim Patel, who has oversight of the Lottery, is yet to get a copy of the report.

In response to the same parliamentary question in May 2021, NLC Commissioner Thabang Mampane said the SkX investigation was expected to be completed a year earlier but was delayed by “Covid-19 restrictions”.

Dlamini and the NLC did not answer us on whether the SkX investigation had been completed or whether SkX was owed any more than the R9.6-million it had already been paid.

In his application, Letwaba refers to a GroundUp story revealing how a company in which his second wife, Rebotile Malomane, was a director and had received a R5-million Lottery grant. It was paid within months of Malomane becoming a director.

Letwaba said he and Malomane’s marriage was solemnised in November 2020. Malomane, the mother of three of his children, was Letwaba’s long-time girlfriend before he paid lobola to her family in 2018. By cultural tradition, they were then referred to as husband and wife. “These allegations are untrue and I have no doubt that with the fullness of time the name will be cleared from the sting of the allegation,” Letwaba said.

Letwaba also denied that he was involved in the awarding of the grant, which he said is “the absolute preserve of the Distribution Agency established in terms of Section 26A of the Lotteries Act, comprising of persons appointed by the Minister of Trade, Industry and Competition”.

Where did the millions paid to Ubuntu go?

Ubuntu Institute for Young Entrepreneurs was first registered as a non-profit company in July 2006, with siblings Celenhle and Cedza as its directors, according to the Companies and Intellectual Property Commission (CIPC).

Despite having received grants from the NLC, this is not acknowledged on Ubuntu’s website and it is not clear what project the grants funded. This is in contravention of a condition that all NLC grants be acknowledged.

Ubuntu describes itself as “an international non-profit development organisation focused on achieving the United Nations’ Millennium Development Goals in Africa.”

It also claims to support a wide range of projects “in youth development, poverty eradication, women empowerment initiatives, international student exchange programs, HIV/AIDS prevention, culture and heritage, and education and sustainable development in Africa”. The last post on its news page was in 2012, with the earliest post dating back to 2008 when the site was launched.

Ubuntu’s Facebook page, set up in 2019, is more informative. According to its posts, the organisation appears to be mostly focused on training in South Africa, with no posts about projects in the fields in which its website says it is active.