Covid experience will have to be taken into account, says Department of Trade and Industry 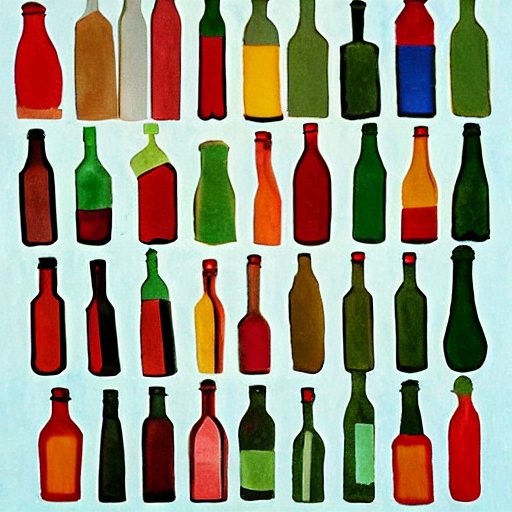 The Liquor Amendment Bill, on hold since 2018, may be tightened up in the light of experience during the Covid lockdowns. Image: Stable Diffusion (public domain)

Information about alcohol abuse gathered during the Covid lockdown may prompt further changes to the Liquor Amendment Bill, says the Department of Trade, Industry and Competition. The Bill has been on hold since 2018.

The Bill seeks to amend the National Liquor Act of 2003, by tightening alcohol restrictions and advertising and regulating where alcohol is sold.

Spokesperson Bongani Lukhele said the Bill was under review by the department.

“During the Covid-19 pandemic, it became more apparent that the problem of liquor abuse is quite huge in South Africa and requires more concerted measures, and that the Bill may not address the scale of the problem as the problem requires a concerted effort in government,” said Lukhele.

He said the department would reintroduce the bill to Parliament. Lukhele said as well as legislation to address liquor use, there was a need for health, education and behaviour issues to be addressed as well.

“Provincial laws must also be reviewed as it impacts directly on the retail trade,” Lukhele added.

Meanwhile, lobby groups are growing impatient with delays in the implementation of the bill.

Maurice Smithers, director of the Southern African Alcohol Policy Alliance in South Africa, said the Liquor Act had been reviewed in 2015 and found to be inadequate and inconsistent with the World Health Organisation’s Global Strategy to reduce the harmful use of alcohol. The Global Strategy suggests three priorities: reducing the availability of alcohol, increasing its cost, and limiting or banning marketing.

As a result, changes were proposed in the Liquor Bill, drafted in 2016, including:

The amendments also propose banning alcohol advertising on radio and television at certain times and on billboards less than 100 metres away from junctions, street corners and traffic circles.

The bill was approved by Cabinet for public comment in 2016.

Smithers told GroundUp that the socio-economic and health problems associated with alcohol would worsen over time if the Bill and other legislation was not passed.

“The overall cost to society of such harm will continue to burden the state and divert resources from other delivery areas. Some specific consequences are that petrol stations are now applying for licences, something they would not be able to do if the bill were passed.”

“The current proposals in the Basic Education Laws Amendment Bill which will allow schools to have alcohol at schools and at school functions off school premises for fund-raising purposes would also not be allowed if the bill were passed,” said Smithers.

Basic Education Minister Angie Motshekga has said the department supports zero tolerance of alcohol at schools, but schools do sell alcohol during fund-raising and do hire out halls for functions where alcohol is consumed. She said the clauses in the Basic Education Laws Amendment Act are intended only to regulate this.

Onesisa Mtwa, innovation manager at the DG Murray Trust, told GroundUp that stronger regulations were necessary to address and reduce harmful patterns of consumption such as heavy and binge drinking.

In its 2018 Global Survey on Alcohol and Health, the WHO indicated that in 2016, South African drinkers over the age of 15 years consumed, on average, 64.6 grams of pure alcohol per day.

The data further showed that South African drinkers over 15 years old consumed 29.9 litres of pure alcohol in a year —the third highest consumption in Africa.

Citing a 2017 impact study by economics-based consulting firm Genesis Analytics, Mtwa said the Bill could reduce alcohol consumption by between 3.2% and 7.4% which would, in turn, reduce public health costs by R1.9-billion per year.

“Despite the industry’s claims that this Bill will destroy the industry,” Mtwa said, the impact assessment suggested that South Africa’s gross domestic product would drop by less than 1%.

A study by the University of Cape Town and the Medical Research Council found that alcohol bans during Covid were strongly associated with a large drop in unnatural deaths (murders, vehicle collisions, suicides and accidents).

Researchers looked at death data during alcohol restrictions and curfews under the national lockdown from the end of December 2019 to late April 2021. The drop in unnatural deaths associated with a full alcohol ban ranged from 42 deaths per day under a curfew of 4 to 7 hours to 74 per day under hard lockdown.

“Some areas of regulation such as retail sales and liquor licences lie with provinces, while liability issues, manufacturers and the drinking age would be regulated by the national government. This highlights the need for a whole-of-government approach to reducing alcohol-related harm,” she adds.

Smithers said although the bill is not a silver bullet, it would send a signal to society that the government is serious about addressing the issue of alcohol-related harm.

“It’s not a perfect bill and it won’t result in a perfect act, but it is a step in the right direction,” he said.

Alcohol abuse is encouraged by these taverns next to our homes in the townships. Young children see their uncles going to these taverns every Friday and those are their role models. The government should look into not giving alcohol licenses to the owners of taverns near homes. They are killing the nation and our future leaders, our future is drunk 🥴